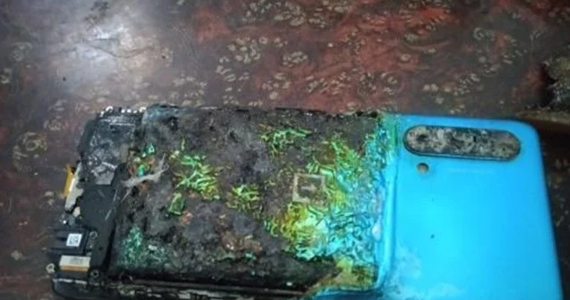 OnePlus Nord CE exploded in the hands of an Indian user

Smartphone explosions they are neither common nor common. However, individual cases are publicized and memorable. No wonder, after all, it is about devices that accompany us at every step. Many people even sleep with a smartphone next to their head. That is why it is so important that the devices are adequately protected against explosion. These types of events can cause permanent damage to health and trauma to the user.

A post by Dushyant Goswami appeared on Twitter, which marked the enterprise and informed about the incident. Unfortunately, the user after contacting the brand has already deleted the message, but wrote in it: “I have a smartphone from the very popular brand ONEPLUS, which promises the best quality. My phone is only 6 months old and yesterday it literally exploded when I took it out of my pocket. is only bad, but downright fatal. Will the brand be held responsible for the accident? “

Apparently with the author of the post OnePlus representatives contacted and offered to send him a new copy. In this case, fortunately, it was without any health damage. The participant in the previous accident was much less lucky. The OnePlus Nord 2 burned his thigh very badly and it is very possible that he will have an unpleasant souvenir for life. OnePlus then contacted the victim, offered a refund for the purchase of the device and payment of any costs related to the client’s convalescence.

Recently, there is some fate over OnePlus. It is already another device of the Chinese enterprise that exploded. Interestingly, they also previously played the main role smartphones from the Nord series. In two cases it was OnePlus Nord 2, and this time it is about Nord CE. All three cases happened in India. OnePlus has not yet issued an official statement regarding the situation. The company certainly wants to avoid negative publicity.

In early August, a similar situation happened to an Indian citizen whose husband described the whole event on Twitter. She was riding her bicycle with hers with the new OnePlus Nord 2 smartphone. “Suddenly the device exploded and smoke began to come out of it” – the woman’s husband described the situation. Already a few hours after the case was publicized, the manufacturer himself took a position, who stated that OnePlus Nord 2 did not have any factory defects that could cause such an effect. At the same time, the company assured that they are in contact with the client to investigate and somehow resolve the situation.

The next incident happened on November 3rd. Then a post by Suhita Sharma appeared on Twitter, in which the author described unfortunate incident involving the OnePlus Nord 2 smartphone. A phone exploded in an Indian user’s jeans pocket. The smartphone manufacturer was in constant contact with the victim of the accident. OnePlus refunded the customer the money for the phone and offered to cover all medical expenses.

He likes dogs, pizza and popcorn. Already a fanboy of Nintendo and Sony, but today throws anything. He has collaborated on sites and magazines such as GameBlast, Nintendo World, Hero and Portal Pop, but today is dedicated exclusively to Spark Chronicles.
Previous One-third of those infected in hospitals do not have COVID-19
Next Horizon Forbidden West – confusion with early version