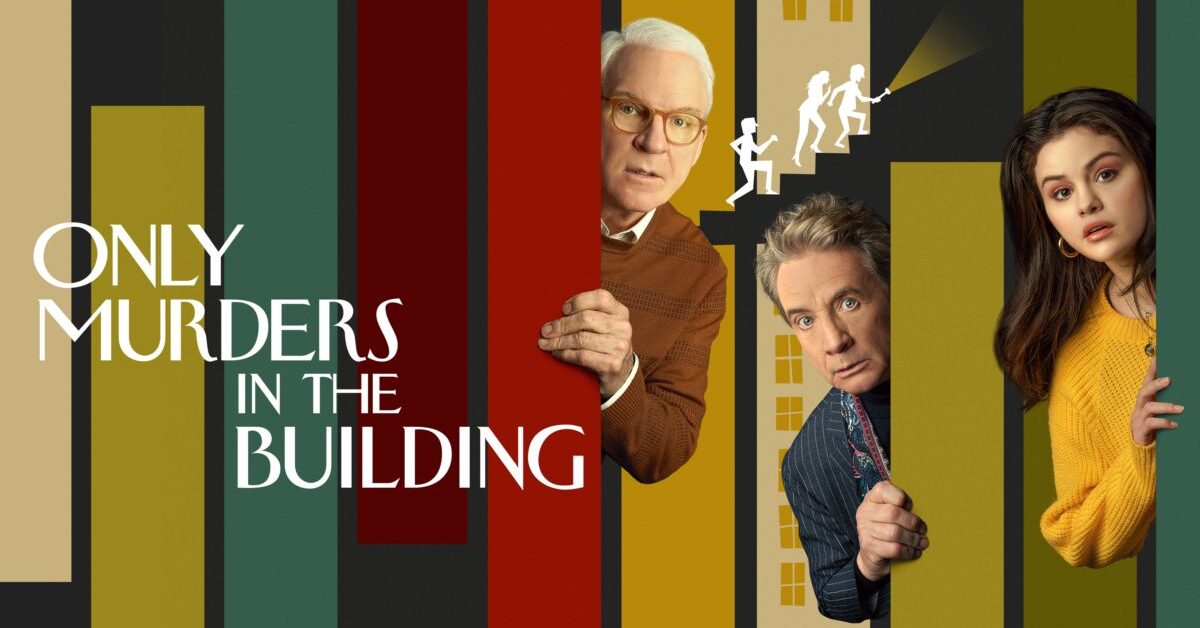 Only Murders in the Building – season 2: review

Steve Martin, Selena Gomez and Martin Short are back for a second season of crime and laughter. Only Murders in the Building returns to Disney + from June 28, 2022.

That they would come back was the only thing we knew without the need for investigation. Because the success of the first season of Only Murders in the Building had been so convincing that the curtain had not yet fallen, onArconia Building and its mysteries of blood, which already Steve Martin, Martin Short And Selena Gomez they were at attention, ready to start another round of waltzes, podcasts and crime again. The second season of the popular crime / comedy series is available on Disney + with the first episodes starting from June 28, 2022.

Created by Steve Martin And John Hoffman, it starts right from the point where the first season ended. The main cast returns en masse, while among the non-protagonists there is the opportunity to greet some new entries, three to be precise and all women: Cara Delevigne, Amy Schumer in the part of … Amy Schumer and above all the great, very great Shirley MacLaine.

Only Murders in the Building 2: the trio this time has one more reason to investigate

The second season of a true crime podcast is a risky thing, Oliver Putnam repeats it too (Martin Short); he has not yet resumed directing on Broadway but he is more unstoppable and deranged than ever. The risk is to settle for a second-hand crime and ruin everything. It will be for this, it will be a coincidence, anyway Only Murders in the Building 2 begins exactly where (and how) the first season ended. With the Tim Kono crime solved and the triumph of the unlikely detectives of the Arconia. They do not have time to celebrate, however, taken into custody by the police after the anything but accidental death of the condominium administrator, Bunny Folger (Jayne Houdyshell). For Oliver, Charles (Steve Martin) and Mabel (Selena Gomez), from investigators to suspects, the step is really short.

Credit goes to the creative team behind it Only Murders in the Building 2 for immediately realizing that there was no other way to approach the sequel. However dark and dusty the corridors of the Arconia might seem, the space for further secrets and mysteries was tight, so better hook the new to the old. Only the grand finale will reveal whether Serena’s demise is really related to the previous crime, but it doesn’t matter here. Having narrowed the two crimes narratively and thematically so that, when one is solved, the other explodes, allows us to consider the second season as a coherent expansion of the themes and motives of the first.. Thus, even the most shabby true crime podcast finds its raison d’etre.

A winning formula is not changed, if anything it is completed. The second season continues to focus on the irresistible alchemy of acting and humor styles (according to age) at the antipodes. Steve Martin And Martin Short on the one hand, Selena Gomez on the other. She is not in a hurry to find a rhythm of him, she has inherited an interesting one and the confidence in the step is felt all over. Season 2 is just as fun as Season 1, maybe even more fun. The proposal loses something in terms of pure originality but allows itself the luxury of broadening the gaze, on the supporting actors and the other tenants of the Arconia, on the experience of the three protagonists, especially Charles. Find a way to reflect on its success by “roasting” the protagonists. Now that the podcast is closed and success is assured, the three would like to put the crime aside and go their separate ways. Mabel with her artistic ambitions, Charles returning to TV, Oliver constantly high. Can not be done. A bit because the competitors, you see Tina Feythey take their breath away with their podcasts / plagiarism, partly because there is a second crime and this time the stakes are higher. Steve Martin, Selena Gomez and Martin Short now investigate first of all to clear themselves. The secret of the sequel is all here.

On the main and secondary points of the plot, it is better to overlook, the time is not yet ripe for a third crime, this time behind the scenes. On the new characters, the considerations to be made are somewhat the same; mouths sewn regarding the appearance of Shirley MacLainefrom Cara Delevigne it can be said that she is a British artist and that she crosses paths with Selena Gomezwhile Amy Schumer she makes up again, having fun, cynical and unbearable. For the rest, the humor goes in tandem with the more gory implications, the old-fashioned (and sweetly self-deprecating) charm of Martin and Short binds perfectly with the ease in step with the times, but punctured by dark pages, of Selena Gomez. The series is, it remains, a mockery of loneliness and a sincere homage to friendship, especially the one that seems most unlikely at the starting line. An underlying lightness which is then the hallmark of the entire operation links laughter and crime, the romantic idea of ​​New York and its dark alleys.

The lightness of Only Murders in the Building 2 it is a sophisticated attitude, the pleasure of not taking oneself too seriously, escape TV with something to say about our interiority and the complicated relationship between life and entertainment. The ingredients and the relative dosage change little, the intention is not to turn everything upside down, at least at the beginning, but to force the limits of the formula and see what happens. There is always the desire to have fun by making satire on the collective attraction for mystery and crime. There must be something out of place, in the morbid curiosity with which we approach murder, but the human soul is made like this and therefore what is left for us to do but laugh at it?

We also laugh at the obstinacy with which the three protagonists stage their investigation, replicating with scrupulous minutia the attitudes, inclinations and postures that belong to decades of TV, cinema and literature. We laugh, without going too far. The dangerous proximity between good and evil, the irresistible attraction of the human soul to the gray areas, important themes that can be treated in many ways. Only Murders in the Building 2 he remains so consistent with his intentions of lightness and evasion that he chooses to face them from the side, without ever sinking the knife into the wound (!). The ability to limit yourself is a sign of humility and intelligence. One cannot help but contest a little, from time to time, this humility, this intelligence. Without exaggerating, because the offer is top quality and as it gets older it also improves.

David Martin is the lead editor for Spark Chronicles. David has been working as a freelance journalist.
Previous Sebastian Stan praises Kevin Feige: “He doesn’t get the recognition he deserves”
Next Who’s Afraid of Miles Teller?