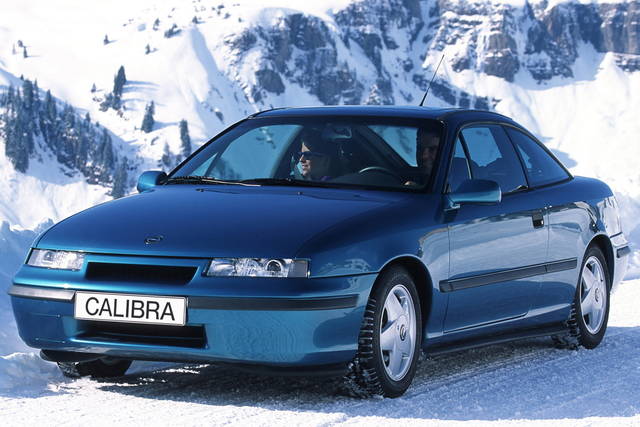 Opel Calibra: 25 years ago it went out of production

A BREATH OF FRESHNESS – Its name derives from the English word “caliber”, which in Italian can be translated as “importance”. And how important it was, in the panorama of the automotive industry, the Opel Calibrawhich in the 90s gave new verve to a sector that was a little in trouble in Europe, that of medium-high-end sports. Twenty-five years rounds have passed since the last Opel Calibra entered the gates of the historic factory in Rüsselsheim, Germany, and the memory of this mighty and sleek coupé is more alive than ever in enthusiasts.

A BIT OF HISTORY – Presented in 1989 at the Frankfurt Motor Show and remained in the breach until 1997the Opel Calibra rested on the front-wheel drive platform of the first generation Opel Vectra (1988-1995), on which the stylists of the house of lightning, led by Erhard Schnell, the “father” of the legendary Opel GT, gave shape to a body with fresh and particularly effective in cutting the air.

FOR THE ITALIANS IT WAS LOVE AT FIRST SIGHT – Numbers never say everything, but 238,647 units produced in seven years they return an unequivocal measure of the success of the Opel Calibra. In Italy, then, we can even speak of a “phenomenon”, if we consider that in 1992, alone, it came to represent a third of sports car sales. Such enthusiasm was generated around the German coupe that in April of that year its 27,000 owners gathered in a club, giving each other year after year an appointment in a different racetrack in the Bel Paese to drive their favorite car.

1991: A RECORD YEAR – Offered at launch with 4-cylinder engines 2.0 petrol (single shaft from 115 and double shaft from 150 hp), the Opel Calibra it was soon also available with all-wheel drive. The orders soon surpassed the rosiest expectations of the manufacturer, who produced 67,443 units in 1991: a record figure which, to be reached, required the opening of a further production plant in Finland.

HE WAS STRONG ALSO ON THE TRACK – In the wake of such a substantial success, in 1992 the Opel Calibra Turbo 4×4: powered by a powerful 2.0 supercharged by turbocharger and strong traction on all four wheels, it was able to overcome effortlessly the 240 km / h, in the face of a traction at the top of the category. A couple of years later the range was further expanded with the arrival of a new engine 2.5 V6 aspirated from 170 hp: it was the starting point for the preparation of the competition version (always powered by a V6, but with 500 HP) which made its debut in the German Touring Championship in 1994 and two years later won the international title with the German driver Manuel Reuter at the wheel .

The variety offered by video games never ceases to amaze him. He loves OutRun's drifting as well as the contemplative walks of Dear Esther. Immersing himself in other worlds is an incomparable feeling for him: he understood it by playing for the first time in Shenmue.
Previous The BMW R1300GS caught on the road [Video Spia] – News
Next Benfica Juve, Allegri: ‘We are angry but now head to the championship’. Video