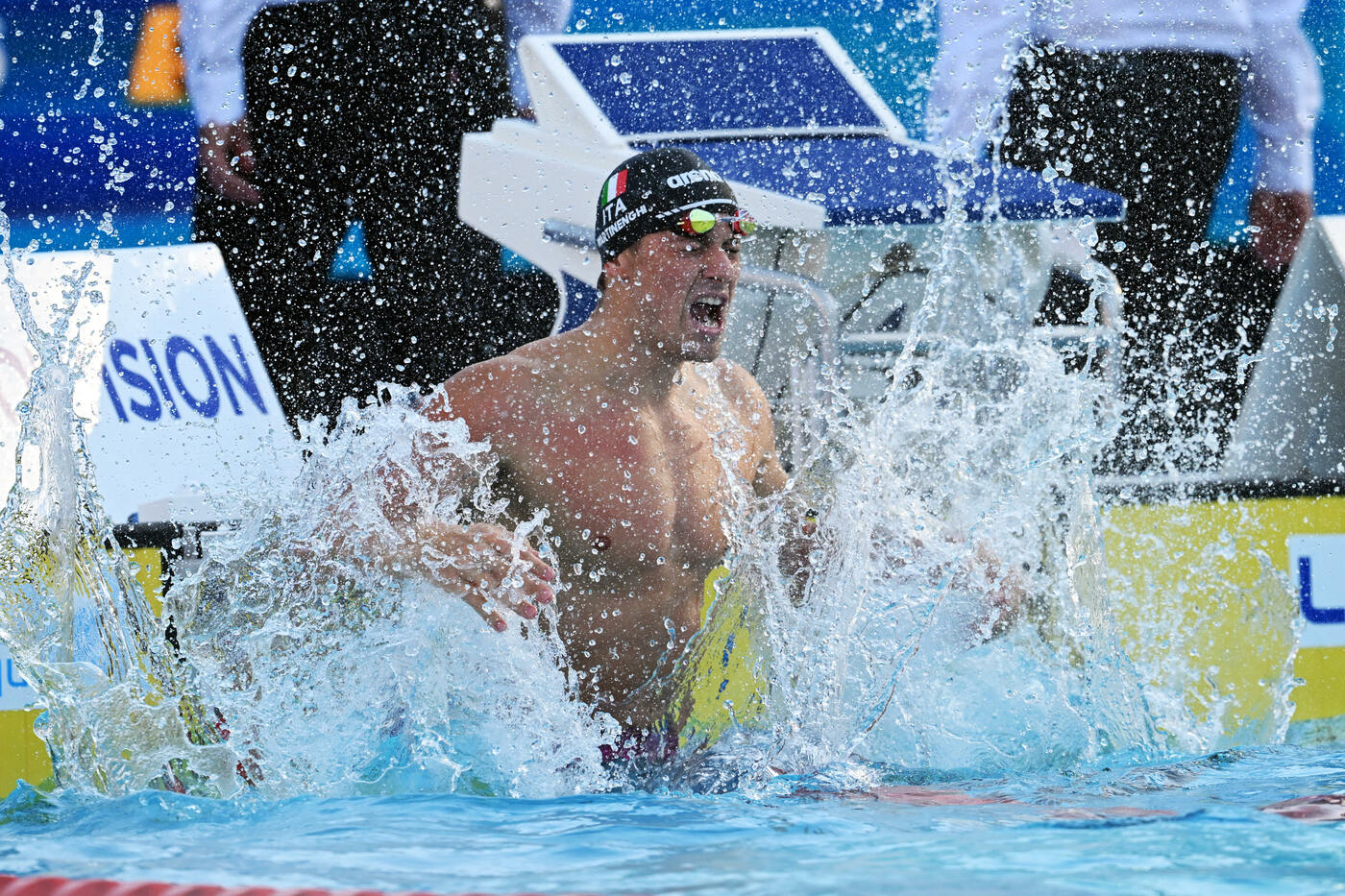 ori Martinenghi and Panziera, Paltrinieri is silver, bronzes for Razzetti and Franceschi and 4 × 200 sl mixed. Italy without borders! – OA Sport

The curtain has fallen on penultimate day of competitions at the 2022 European Swimming Championships in wards and for Italy the budget was that of 2 golds, 2 silvers and 3 bronzes. Seven medals that enrich the already excellent treasure trove of podiums that the selection of the Bel Paese has managed to obtain (11 golds, 9 silvers and 8 bronzes, for a total of 28 podiums which is a new record).

BECAUSE DAISY IS REAL! Panziera da delirio: double gold at the European Championships in Rome, bang in the 100 backstroke!

50 breaststroke men – An all-Italian triumph for this specialty. Nicolò Martinenghi was amazing with an excellent route and an infinite progression. Result: 26.33, Italian distance record (previous was 26.39) and second continental title in the capital. Simone Cerasuolo did well too, despite making a mistake in the finish, he took home a quality silver (26.95) in front of the German Lucas Matzerath (27.11).

200 mixed women – A great satisfaction for Sara Franceschi who went to take the bronze (2: 11.38), first international medal in long course, in the competition of alternating styles. A test of character from Tuscany, preceded by the Israeli Anastasya Gorbenko (2: 10.92) and the Dutch Marrit Steenbergen (2: 11.14).

100 back women – Margherita Panziera surprised everyone and in the two pools she won a gold and was granted a double with historic implications, because no Italian athlete had ever won gold in this specialty at continental level. 59.40 for the blue to precede the British Medi Harris (59.46) and the Dutch Kira Toussaint (59.53). Quinta Silvia Scalia (1: 00.12).

50 men’s freestyle – Highly positive the performance of Lorenzo Zazzeri and Leonardo Deplano in this penultimate act of the single pool. The two Azzurri respectively obtained the second and fourth entry times to the Final: the Tuscan in 21.72 equaled the same time as the Dutchman Thom de Boer, while Deplano with his new staff (21.73) definitely convinced. The fight for the podium is open, but that strictly for gold would not seem as the reigning world champion, Ben Proud, with his 21.40 would seem to have blocked the way.

50 breaststroke women – Benedetta Pilato and Arianna Castiglioni took off the ticket for the Final with the second and fourth time of 29.85 and 30.27: for Benny the confirmation of this standard, while for the Lombard an error at the start that risked compromising everything. However, for tomorrow, Lithuanian Ruta Meilutyte showed a great performance of 29.44, just 14 cents from Pilate’s world record. Therefore Meilutyte would seem to have a clear advantage over the competition, but in a 50 you can never tell.

200 butterfly women – Mission accomplished for Ilaria Cusinato and Antonella Crispino who with the time trial of 2: 09.30 and 2: 10.82 won the pass for the Final with the fourth and seventh useful time. At the top of the ranking ended the Danish Helena Rosendahi Back in 2: 08.48.

200 mixed men – Alberto Razzetti will be there in the final act of this specialty. Managing to find unsuspected energies, the Ligurian in 1: 59.52 hit the target with the third time in the overall commanded by the Portuguese Gabriel José Lopes (1: 58.77). Ninth and first of the excluded, however, was Pier Andrea Matteazzi (2: 00.73).

100 back men -Thomas Ceccon played a bit with his rivals and, checking his swim, he took off the ticket for the final act with the third time of 53.48 preceded by the French Yohann Ndoye Brouard (52.97) and the Greek Apostolos Christou (53.20) . The comparison for gold would seem reserved for these three, while Michele Lamberti was eliminated (13th in 54.56).

David Martin is the lead editor for Spark Chronicles. David has been working as a freelance journalist.
Previous King of Stonks tv series, plot, actors, cast, finale, location, location
Next Scotland is the first country in the world to guarantee free sanitary pads for all women in public buildings