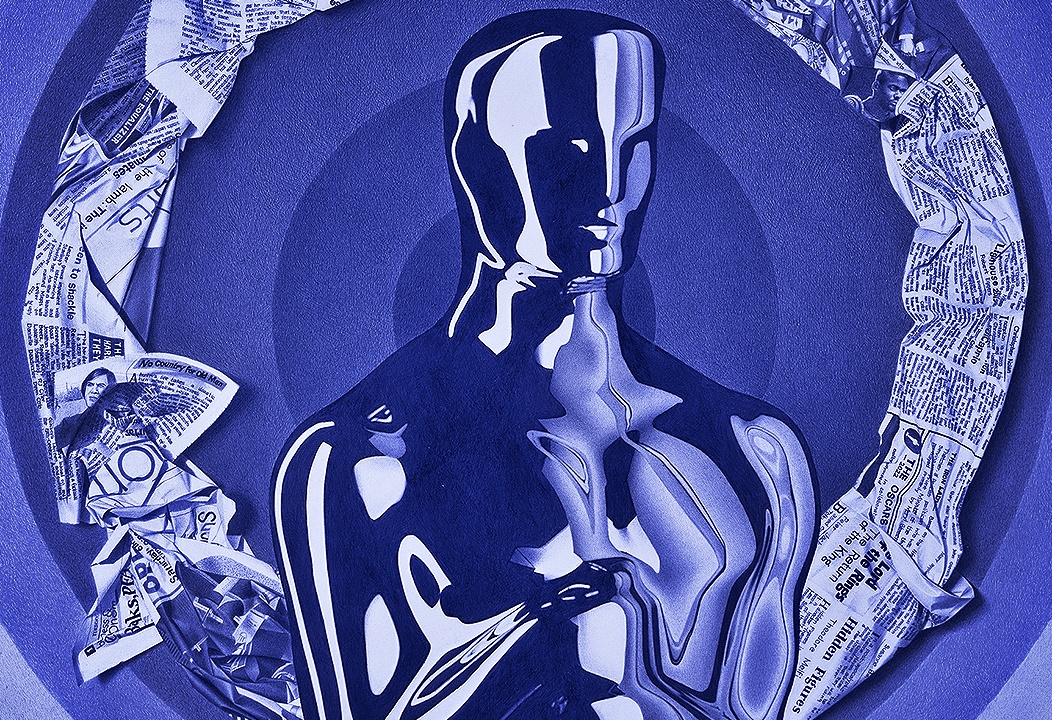 Oscar 2023: who are the possible candidates for the next Awards

After the Venice, Telluride and Toronto Festivals and with the arrival of autumn, the season of the so-called Oscar-winning movie. There are still several months to go before theawards season real, but already in the coming weeks in America (and beyond) most of those titles that have an excellent chance of finding themselves in the front row in the competitions for the main cinema trophies will debut. Obviously there is ample room for changes, surprises and unexpected outsiders (just think of the bizarre outcome of the challenge for the Oscar as best film of 2021), but at the moment we can still offer you an overview of the favorites of the first hour: those works that almost they will certainly be able to assert themselves in the most prestigious categories.

What awaits us, therefore, for the imminent race to Oscar 2023? A solid hypothesis is the revenge of the blockbusters: Top Gun – Maverick, to date the highest grossing champion of 2022, is preparing to win several nominations, and a similar fate could touch the highly anticipated Avatar – The way of water and Black Panther – Wakanda Forever, if expectations are rewarded. On the contrary, several important auteur titles have seen their prize ambitions greatly reduced after the transition to late summer festivals: among them The Son by Florian Zeller, but above all the “flagships” of Netflix’s annual catalog, namely Blonde by Andrew Dominik (but with Ana de Armas possible candidate for best actress), Bardo, falsa crónica de unas cuantas verdades by Alejandro González Iñárritu and Rumore bianco by Noah Baumbach. Below instead we present, in order of release, the films that could be nominated for the 2023 Oscarsten titles that seem to be preparing to reap the Academy’s favors and challenge themselves between now and March 12th.

Released in the United States on March 25, Everything Everywhere All at Once it turned out to be one of the most sensational successes of the year, and with seventy million dollars at the American box office it marked the highest grossing ever for the independent distributor A24. Scripted and directed by Daniel Kwan and Daniel Scheinert, the film wowed critics and cinephiles at home by mixing the registers of science fiction, comedy and the surreal and providing a new interpretation of the concept of the multiverse. At the heart of the story is the character of Evelyn Quan Wang, a Chinese immigrant to America with a complicated family life, played by Malaysian star Michelle Yeoh; alongside her in the cast of her, Ke Huy Quan and Jamie Lee Curtis. Everything Everywhere All at Once will arrive this Thursday in Italian cinemas and, by virtue of its statute of crowdpleasershould occupy a prominent place at the next Oscars, including a nomination for lead actress Michelle Yeoh.

And speaking of actresses, it is impossible not to mention the extraordinary performance of Cate Blanchett, who in Tár dominates the stage for two and a half hours in the title role: that of Lydia Tár, conductor of the orchestra in Berlin and world-famous composer. A work that marks the return behind the camera of director and screenwriter Todd Field after sixteen years, Tár earned Cate Blanchett the Volpi Cup at the Venice Film Festival thanks to a monumental performance, in which the Australian actress has the opportunity to the emergence of ambiguities, contradictions and dark sides of a character as magnetic as it is complex, mired in a “gray area” of difficult moral choices. The film will be released on 7 October in the United States for Focus Features, while in Italy it will be distributed by Universal in February.

Also on October 7, the flagship title of the Neon distributor will make its debut in the USA awards season: Triangle of Sadness, a satirical comedy by Swedish director Ruben Ostlund, in its first English-language production (the cast includes Harris Dickinson, Woody Harrelson and the recently deceased South African Charlbi Dean). Set in the setting of a luxury cruise marred by a series of unforeseen events, Triangle of Sadness earned Ostlund its second Palme d’Or at the Cannes Film Festival after the previous The Square and could lead it to compete for the Oscars in categories for best film. , direction and screenplay. In Italy we will see him in the hall starting from 27 October.

Triangle of Sadness, the review: the sinking of society

The spirits of the island

From Cannes to Venice, here is another film that has aroused wide acclaim in the festival scene, in this case with an authentic plebiscite: The spirits of the island, awarded in Venice for the best screenplay and for the protagonist Colin Farrell. Return to the cinema of British author Martin McDonagh five years after the success of Three Manifestos in Ebbing, Missouri, the film takes place in the Irish archipelago of the Aran Islands and focuses on the conflicting relationship between Pádraic Súilleabháin (Colin Farrell) and Colm Doherty ( Brendan Gleeson), whose friendship has reached a breaking point. Searchlight will distribute Spirits of the Island in the United States from 21 October, while in Italy we will have to wait until February, in the height of the awards season.

The spirits of the island, the review: it would take a friend

The cheers and the People’s Choice Award win at the Toronto Film Festival for The Fabelmans have certified that, for the upcoming awards season, it will be impossible not to take into account the great Steven Spielberg: just a year after his West Side Story, in fact, the American director will be back in competition, but this time with an extremely personal story based on his childhood and on the first steps of his career. in the cinema. Released by Universal on November 11 in the United States and December 15 in Italy, The Fabelmans traces the youth of Sammy Fabelman, Spielberg’s alter ego, and features a rich cast that includes Paul Dano, Seth Rogen, Judd Hirsch, Jeannie Berlin, David Lynch in the role of John Ford and Michelle Williams, candidate for best actress, in the role of Mitzi, the mother of the protagonist.

To stay on the subject of great casts, it is easy to predict that among the nominations of the awards season, the performers of Women Talkingadaptation of the novel Women talking by Miriam Toews by Canadian director Sarah Polley, on her return behind the camera ten years after the documentary Stories We Tell. Claire Foy and Jessie Buckley have been highlighted by critics within a team of actors that also includes Rooney Mara, Ben Whishaw and Frances McDormand, thanks to their portraits of two young women belonging to an ultra-conservative community in which they consumed themselves. sexual violence. Boasting excellent reviews at the Telluride and Toronto Festivals, Women Talking will make its US theatrical debut on December 2, distributed by United Artists.

Beyond The Fabelmansamong the candidates for this year’s Oscar we could find another film linked to the passion for the seventh art: Empire of Light, written and directed by Sam Mendes and set in an English town in the 1980s, the scene of the clandestine love between Hilary Small (Olivia Colman), owner of a movie theater, and a boy of African origins, Stephen (Micheal Ward). On paper, even if only judging by the talents involved in the project, Empire of Light would seem a potential contender for the season of the awards, but the reception of the critics proved to be decidedly lukewarm; however, Sam Mendes’ film, due out on December 9th for Searchlight (while in Italy it will arrive in February), could still arouse the interest of the Academy members.

Next to Everything Everywhere All at Oncethis year the A24 studio has another, fearsome arrow in its bow: The Whale, the new work by Darren Aronofsky, out on December 9 in the USA after its presentation at the Venice Film Festival. Based on the play by Samuel D. Hunter of the same name, The Whale sees a revived Brendan Fraser in the run-up to the Oscar for Best Actor for his intense portrayal of Charlie, a man with severe obesity and guilt-torn. severing his relationship with his teenage daughter Ellie (Sadie Sink). Despite sharing critical opinions, Aronofsky’s drama seems destined to garner considerable attention in the coming months.

The Whale, the review: an extraordinary Brendan Fraser in a film that hits the heart

In a year that, from the point of view of festivals and awards, promises to be unusually unfortunate for Netflix, surprisingly its strongest pawn could be a title far from the notion of the typical “Oscar movie”: the thriller. Glass Onion – Knives Out by Rian Johnson, which will be available in streaming from 23 December, three years after the beloved Dinner with a crime – Knives Out. Daniel Craig returns to play the role of detective Benoit Blanc, this time in action on a Greek island and side by side , among others, by Edward Norton, Janelle Monáe, Leslie Odom Jr, Kate Hudson and Ethan Hawke. Although the murder mystery has never been a genre taken too seriously in terms of juries and awards, it is true that Glass Onion – Knives Out received a warm welcome at the Toronto Film Festival: it will be able to implement the ‘loot’ of its predecessor. , who had been nominated for an Oscar for screenplay?

And finally, here we are at one of the few unsolved ‘mysteries’ of the next one awards season: a title that, since the announcement of the project, has been followed with spasmodic curiosity, but which is still waiting to be presented to the press. We are talking of course of Babylon, the colossal Hollywood fresco of the 1920s staged by the talented Damien Chazelle: a mega-production by Paramount of almost three hours in duration and with a budget of over one hundred million dollars, starring the thirty-year-old Mexican Diego Calva at the center of a cast that sees names of the caliber of Brad Pitt, Margot Robbie and Jean Smart. The La La Land director’s impressive reenactment of silent-era Hollywood glories will certainly win Babylon several technical nominations, but will the film be able to compete in even the heaviest categories? In America the public will be able to get an idea of ​​it starting from Christmas day, while in Italy we will have to wait until January 23rd.

David Martin is the lead editor for Spark Chronicles. David has been working as a freelance journalist.
Previous Ukraine, live – Stoltenberg: “Serious consequences if Russia uses nuclear weapons”. The Russian ambassador summoned to the Farnesina
Next there is news about Osimhen