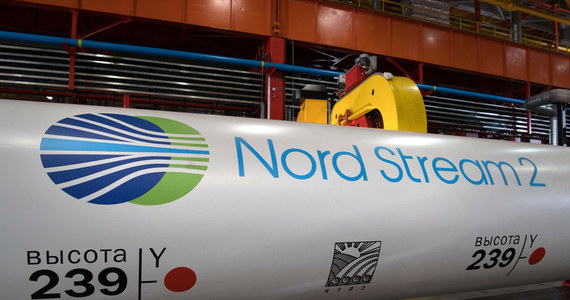 OSW: The decision of the German regulator on Nord Stream 2 is not political

They cite unofficial information according to which the German regulator has long informed the applicant that a company wishing to be authorized to act as an operator must be registered in Germany. OSW reports that Nord Stream 2 AG, in turn, was to insist on trying to obtain certification in the current legal form.

– The establishment of a daughter company, which is to be the owner and operator of only a part of the gas pipeline located in German territorial waters (and thus within the EU), is an attempt to take advantage of some of the weaknesses of the amended gas directive in order to limit the negative effects of its provisions from Gazprom’s perspective – the authors of the comment write.

They add that the Russian side is trying to artificially split the pipeline, only a small part of which, around 5 percent. length, is to be subject to the rigors of EU law. And this would mean leaving the rest of the infrastructure outside EU regulations, which would give Gazprom freedom in shaping the rules of its operation.

A company registered in Germany will have to meet a number of requirements resulting from EU law. This applies in the first place to the unbundling requirement (the owner of the infrastructure cannot be the owner of the transmitted raw material at the same time), the mechanisms for setting transmission tariffs or the TPA principle – access to third party infrastructure.

The Federal Network Agency a few days ago suspended the certification process temporarily. To proceed with the procedure, Nord Stream 2 will have to establish a subsidiary in German jurisdiction by transferring the relevant assets and personnel to it. The German regulator said it would “return to testing within the remaining four months” once the requirements are met. This means that the certification will continue from the moment of its discontinuation.

Experts emphasize that the decision of the German regulator will delay the launch of the pipeline. Thus, it is completely unrealistic to meet Russian expectations that the current gas crisis in the EU, to which Russia is contributing significantly, lead to a faster completion of the certification and commissioning of the pipeline in the current heating season, is completely unrealistic, assess Michał Kędzierski and Szymon Kardaś. Also, the Russian daily “Kommersant” informed that Nord Stream 2 is unlikely to be launched until the summer of 2022.

OSW analysts emphasize that although the certification process indicates that Russians are ready to submit to some EU restrictions, in fact Gazprom has not stopped actions aimed at questioning the amended gas directive. He is still trying to challenge the decision refusing to grant a derogation from selected provisions of the gas directive for the Nord Stream2 gas pipeline before German courts, and at the same time he is trying to repeal the amendment to the gas directive in proceedings initiated at the Court of Justice of the EU.

Russia referred to the information about the temporary suspension of certification by Germany in a moderate way. Nord Stream 2 AG, controlled by Gazprom, declined to comment on the matter. The press secretary of the president of Russia, Dmitry Peskov, appealed not to guess deadlines and not to interfere with the work of the German regulator. He assured that everything is technologically ready, and then everything depends on the certification process. Now, guessing the date is a thankless task and we wouldn’t want to do it. Nobody can and should not interfere with the regulator’s work – he said.

He emphasized that it was clear from the very beginning that “you have to be patient”. He informed that the regulator’s decision was not politicized and assured that the operator was ready to meet all the requirements.

As the OSW points out, reactions in Germany have been mixed. The decision was positively assessed by the Greens and environmental organizations, as well as by FDP politicians. Alexander Dobrindt from the CSU spoke in a different tone, reiterating support for the rapid launch of the gas pipeline and emphasizing its importance for the security of gas supplies.

The dailies “Handelsblatt” and “Sueddeutsche Zeitung” estimate that the requirements of EU and German law will not prevent the launch of the gas pipeline. In their opinion, the growing dependence on Russian gas requires other responses, such as the inclusion of new directions of supply or the reduction of blue fuel consumption.

Prime Minister Mateusz Morawiecki said in an interview for “Bilda” that the issue of the Nord Stream 2 gas pipeline will be an important topic of talks with the next German chancellor, Olaf Scholz. He suggested that Russia will use the additional amounts for energy for further reinforcement. And he noted that Nord Stream 2 must be stopped.

Ukrainian President Volodymyr Zelensky on Twitter called on the US Senate to adopt an amendment allowing the imposition of sanctions previously suspended by the Joe Biden administration against the Nord Stream 2 gas pipeline.

Zelensky’s tweet is another appeal from Ukraine in this matter. The issue was also raised during the meeting of the heads of US and Ukrainian diplomacy on Wednesday. Foreign Minister Dmytro Kuleba announced during a press conference that Russia is using gas as a weapon against Europe and stated that Germany should take action against Russia. Ukraine declares that it is ready to lower the price of gas transit through its territory. It also reports that it can make its underground storage facilities available for strategic fuel reserves.

Videogames entered his life in the late '80s, at the time of the first meeting with Super Mario Bros, and even today they make it a permanent part, after almost 30 years. Pros and defects: he manages to finish Super Mario Bros in less than 5 minutes but he has never finished Final Fight with a credit ... he's still trying.
Previous Scale, flat tax or lump sum. The Polish Order and the earnings of entrepreneurs
Next Smartphones of the future – technological (r) evolution is coming