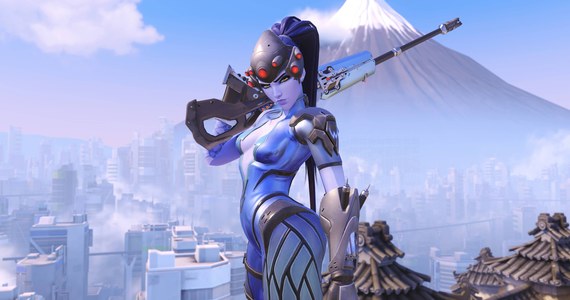 Overwatch: The Belgian cosplayer was delighted with the design of the weapon

Cosplay is often an underrated field of art. It consists in creating, or in fact “reviving” characters known from works of culture, such as animated films, video games or comics (manga). The costumes for the world-famous superheroes from Marvel Studios if DC Comics. In this segment, the leaders include Deadpool, Thanos and other characters from the Avengers movies.

It is easy to guess that this type of artistry is most popular in Japan, South Korea and the United States. However, they are also gaining more and more popularity in the Old Continent, mainly in Eastern Europe. It is worth noting, however, that the western part of Europe is also interested in cosplaying. This is evidenced by many recognized artists from Germany, the Netherlands and Belgium. It is the citizen of the latter country who will play the main role in this material.

It is “Mikomi Hokina”. The woman deals with very different projects. In the orbit of her interests is both The witcherand even esports Overwatch. It was the project from the game from Blizzard that delighted many fans. Well, it turned out that the preparation of “reviving” the Widowmaker sniper took … 250 hours. The effects of the Belgian woman, however, are excellent.

The outfit itself does not look very impressive. It is a red blouse and a black skirt. However, what attracts the most attention is the magnificent sniper rifle. The woman made it down to the smallest detail. In a Twitter post, she recognized that the blue weapon is the best thing she has done so far in her career. It is hardly surprising. One can only praise and applaud for such great talent and persistence in creating.

THE PICS DONT DO IT JUSTICE RN ‘CAUSE IT’S NIGHT AND MY WORKSHOP IS A BIT DARK BUT ITS THE BEST THING IVE EVER MADE YOOO pic.twitter.com/3fpUAfoF41
– 5 Full HD sets on Plantreon! (@MikomiHokina)
September 28, 2021

I made this, and my ass paid for it. I’m so proud of myself Should I post daily crafts? ’cause I never show enough that I craft I guess pic.twitter.com/yMVVjHYa8R
– 5 Full HD sets on Plantreon! (@MikomiHokina)
October 11, 2021

Fan of video games and new technologies, I am editor in this environment for several years already. I like to share my passion through news, tests and other files. I also love wrestling and Marvel Comics.
Previous Germany is considering a full lockdown. Restrictions even for the vaccinated
Next Something like that at the FAME MMA weighing ceremony has not yet been seen. Murañski gave a show