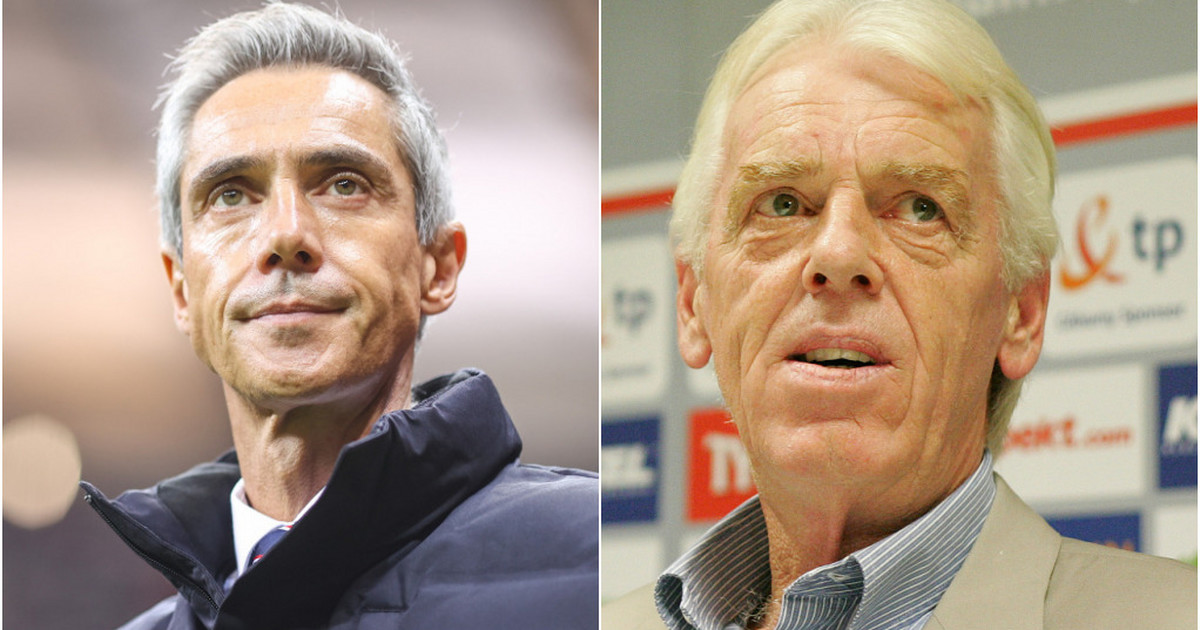 Paulo Sousa as Leo Beenhakker. Entries in the coaches’ contracts

In autumn 2009, the president of Lato decided to dismiss the coach, who from the beginning of his rule, which began a year earlier, made it clear that Beenhakker was not the coach of his fairy tale.

For a year, union lawyers analyzed the effects of contractual provisions, and Summer’s determination grew in line with the waning chances of the White and Reds for a promotion to the World Cup in South Africa. After the away defeat with Slovenia (0: 3), they mathematically still existed, but the nervous president did not want to wait anymore and dismissed the famous coach, informing him about it in a not very elegant way – right after the match in the parking lot.

Sous in the footsteps of Beenhakker?

There are many indications that the contract concluded with Beenhakker in detailed provisions, from the perspective of the interests of the Polish Football Association, was better structured than the contract in force with the Portuguese, first of all it did not have such financial consequences. It cannot be ruled out that the current selector is even more reluctant to cooperate with Polish activists than the highly regarded Dutchman.

Let us also add that, especially at the beginning of the cooperation, Beenhakker (as opposed to Sousa surrounded by foreigners) appeared by people who understood Polish realities and at the same time were discussion partners for him, such as Dariusz Dziekanowski, Bogusław Kaczmarek and Jan de Zeeuw. Leo began to move away from Polish affairs when he relied more and more on his opinion and growing distrust of people on whom his future fate in Poland, however, depended.

Since there was a lack of friendly cooperation on an elementary level, it had to be enough to part with Beenhakker soon, regardless of the financial consequences. And now Sousa should realize that the circumstances of the Hungarian mishap made him approach this road dangerously.

Beenhakker earned a little over 40 thousand. euro per month, but it was immediately assumed that the salary would systematically increase. At the time of his dismissal, he was already earning 70,000. euro, which is not much less than now Sousa. Leo’s contract was motivating. In the form of a bonus for promotion to Euro 2008, he received almost 600,000. euro.

At the championship, our team was eliminated in the group. So the coach passed another large amount of money, because he had a guaranteed 200 percent. prize values ​​for the best footballer. Sousa at this year’s Euro also had to do with taste – just like Leo’s team, he ended up with one draw and two defeats.

After losing the tournament, both of them got the possibility of further cooperation and this also connects them. In the case of Leo, the amounts written in the contract were more and more interesting – the promotion to the World Cup meant an individual bonus for him at the level of almost 800,000. euro and automatic extension of contact until the World Cup tournament plus an increase in monthly salary to the amount of 85 thousand. euro! If there are similar provisions in Sousa’s contract, he will certainly stick to this job until the last minute.

Apartment for the manager

Beenhakker also had significant incentives to spend as much time as possible in Poland and he did it more often than Sousa, because in his case the impression is that he even avoids our country. Leo received a housing allowance of two thousand euros a month, and for this amount you can rent a quite attractive apartment in the center of Warsaw. It was a pity not to take advantage of it, as the federation refunded the expense anyway. He also had the privilege of selecting co-workers for the staff of the staff, which meant that no one could force him to have an assistant appointed by the training department of the Polish Football Association.

Leo used his privilege several times – mainly when activists wanted to impose Stefan Majewski on him, but he pointed to Dariusz Dziekanowski. He also successfully pushed Andrzej Dawidziuk’s candidacy for the goalkeeping coach and did not agree to the dismissal of his closest advisor, the aforementioned Jan de Zeeuw.

A place for Beenhakker

The contract also stipulated that no more than ten people could work in the staff. Leo was obliged to meet with the Polish coaches community at least twice a year, with no requirement to prepare any reports and reports on training sessions, matches and tournaments with the participation of the national team, which in turn was the employer’s mistake. The general manager had the right to make sovereign decisions regarding the tactics and composition for the match, which was on the one hand an obvious reservation, but on the other hand it made the dialogue with the so-called Polish training mind as difficult as possible.

Leo Beenhakker at the headquarters of the Polish Football Association

The seat of the Polish Football Association in Warsaw and the places where matches and training camps are held were indicated as Leo’s workplace. The Federation reserved the right to designate other places for the selector, where he should perform his duties related to the work with the Polish staff. If such a provision is also included in the contract with Sousa, it is not enforced, because there are no signals that anyone is trying to influence the Portuguese to appear at any matches of the Polish league.

– I do not know the provisions in the contract concluded with Paulo Sousa, I will have to look at him – the new president, Cezary Kulesza, responded evasively in August after the victorious elections. Since then, of course, he has already caught up and he knows perfectly well that terminating the contract in a situation where Poland still has a chance to advance to the World Cup finals is a very costly operation. On the other hand, promotion to the World Cup means huge revenues for the Polish Football Association, so there would be something to pay for Sousie. The optimal solution is to advance under the leadership of the Portuguese and persevere with him to the tournament in Qatar. Then literally everyone would be happy.

David Martin is the lead editor for Spark Chronicles. David has been working as a freelance journalist.
Previous Changes regarding the excise duty on alcohol from January 1. Who will benefit from them?
Next A disabled person sues the mother’s doctor for “improper conception”