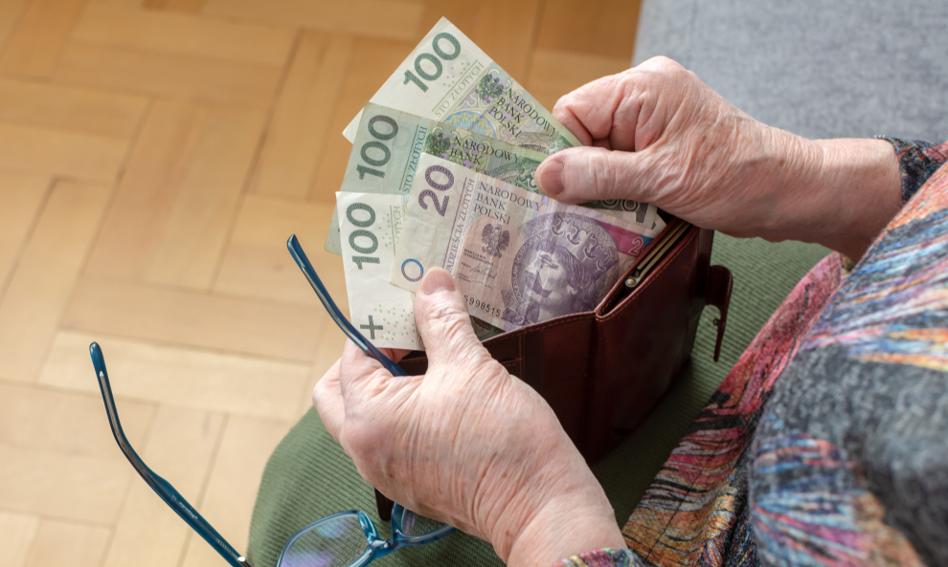 Pensions will decline. Poles will start saving on their own?

Due to unfavorable demographic trends, retirement benefits will be lower and lower in relation to wages. In a few dozen years, retiring Poles will only receive 1/3 of their last salary.

– The amount of future pensions will grow more slowly than the salaries. As a result, the replacement rate – that is, the ratio of future retirement pension to past salary – will only be around 30%. In other words, the amount of the old-age pension will be only 1/3 of our last full-time salary, says Dr. Adam Czerniak from the Warsaw School of Economics, chief economist of Polityka Insight. – It is influenced by a number of factors, the main one being demographics. Both the amount of our pensions and the entire pool of money that we will have at our disposal for the payment of funds to future pensioners depends on how many people will work in the economy, how many will pay contributions to the ZUS system on an ongoing basis. Unfortunately, this number will drop from year to year.

Forecasts assume that by 2060, for every 100 people of working age (15-64) who work and pay contributions, there will be as many as 68 people aged 65+. At the moment, there are only 25 seniors for every hundred working Poles.

– The challenges related to retirement security are therefore very important and the increasingly younger population understands it – says Jacek Kowalski, member of the management board for human capital at Orange Polska.

The level of retirement expenses, which currently amount to about 11 percent in Poland, is also a bad prognostic. GDP. The European Commission’s forecasts assume that their amount will remain at a similar level until 2060. The combination of these two factors will result in a gradual decrease in the amount of pensions. IBS analyzes assume that in 2060 even 2/3 of pensions may be paid in the minimum amount.

– Today you have to think about the fact that we ourselves should save for future retirement. Of course, we can buy real estate and put money aside in the bank, but there are also a number of financial instruments that the state provides us under the third pillar. We are talking about IKE, IKZE as well as PPE or PPK – lists the economist of Polityka Insight. – In the coming years we will see a decline in the amount of pensions in relation to wages, especially in a situation of high inflation. Therefore, more and more Poles will decide to save on their own and apply for programs such as PPE or PPK offered by employers.

In mid-September, the vice-president of the Polish Development Fund, Bartosz Marczuk, announced that the number of Poles who save under employee capital plans and employee pension programs has already exceeded 3 million, of which 0.63 million are PPE participants and 2.38 million – PPK.

Employee Capital Plans were introduced from 2019 and are mandatory in almost all companies and public institutions. Both the employee and his employer contribute to the future retirement pension under the PPK. The state adds the welcome payment and the annual surcharge. Despite this, many employees opt out of this system voluntarily. The level of participation fluctuates around 30%, and the value of the assets accumulated in them is approximately PLN 6.44 billion.

Poles keep much larger funds in employee pension programs, which exempt companies from offering PPK. The first PPE was established over 20 years ago. In this model, the contribution is financed by the employer, and the employee may – although it is not obligatory – pay an additional contribution. According to the data of the Polish Financial Supervision Authority, at the end of 2020, there were exactly 2,110 PPE in Poland, providing services to employees employed in 2,370 companies. The funds accumulated in them reached the value of PLN 17 billion. It is also important that in companies operating PPE, an average of 65.8 percent belongs to the program. employees.

– The role of employers in securing the retirement future of employees has been significant for many years – emphasizes Jacek Kowalski. – In our fund, as much as 70 percent. its members are employees in the 35-54 age group. They have been contributing funds to PPE regularly for many years, and on the other hand, we, as a company, are also contributing to their retirement future.

The employee pension scheme in Orange Polska is one of the longest operating on the Polish market, it was established almost exactly 20 years ago. It is also one of the largest – the value of its net assets currently exceeds PLN 1.7 billion, i.e. approx. 10%. the value of assets of all PPE operating in Poland.

– The fund is very popular, almost 90 percent of Orange Polska belongs to it. employees and basically every year this percentage increases slightly – says the member of the management board for human capital at Orange Polska. – Every sixth of our employees pays an additional contribution to the PPE. We are working to ensure that these subsidies are higher, because a reliable fund guarantees security and future retirement. Outgoing employees also think about this future and safety, because many of them leave funds under the management of our pension society for a long time.

Orange Polska finances its employees a monthly premium of 7 percent. gross wages. According to the regulations in force, this is the highest contribution that an employer can pay under the PPE. In addition, employees can choose to make a supplementary contribution and thus increase their savings pool. All contributions paid to PPE go to the individual accounts of participants, are their property and are inherited, and are managed by Orange Polska Employee Pension Society.

– Over the last 20 years, the rate of return has exceeded 235%, while only in the last year it was over a dozen percent. In recent years, we have basically always achieved a result above what the market has offered – says Jacek Kowalski. – This is the result of a well-thought-out strategy, investments in various products and on different markets, the work of two competing managers of our funds, but also a professional management board that has been running the fund for many years – he adds.

The variety offered by video games never ceases to amaze him. He loves OutRun's drifting as well as the contemplative walks of Dear Esther. Immersing himself in other worlds is an incomparable feeling for him: he understood it by playing for the first time in Shenmue.
Previous Free flu vaccine for all adults. How to sign up? | flu, flu free vaccination, how to get vaccinated against flu
Next F1: Orlen stays in Alfa Romeo. Kubica: we will continue to represent Poland