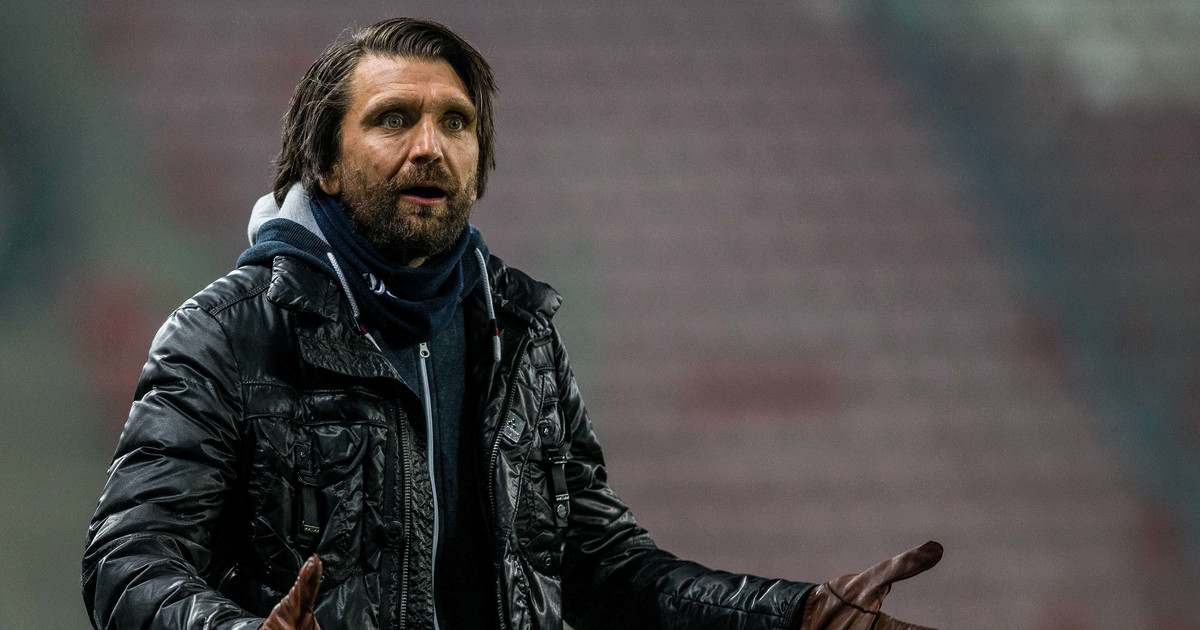 Peter Hyballa fired. He’s had problems in the past. PKO Ekstraklasa

In May this year, Peter Hyballa worked in PKO Ekstraklasa, but just before the last round of the previous season of Germany, he was dismissed from Wisła Kraków. He left the club in Krakow in a bad atmosphere. The 45-year-old was supposed to improve the results of the White Star, and initially he succeeded. Fans and experts raved about his “gegenpressing”, but it got worse with time. The trainer conflicted with practically everyone in the club, incl. Jakub Błaszczykowski, a player and the owner of the team. In addition, he treated the club legend Kazimierz Kmiecik in a blunt manner.

The German coach was not unemployed for a long time. After just two weeks, he signed a contract with the Danish Esbjerg. In Krakow, Peter Hyballa stayed with him for six months, in Denmark it was decided to release him after just 72 days. The 45-year-old ran into conflict with his footballers, who considered him a sadist. The local media reported that the players were subjected to mental and physical penalties. The BT newspaper reported that Peter Hyballa told one of the players that he “had bigger breasts than his wife.”

I said it, yes, but with a twinkle in my eye and joy in my voice. This is football talk to me. I spoke to this player and asked if it was too hard. He said no, and that at least he was not the one who complained, he said then in an interview with “Ekstra Bladet”.

Moreover, the media reported that in saying this, a German … was twisting the footballer’s nipples. The trainer denied this behavior. – I have never twisted the nipple of any player. It’s a lie!

On the other hand, he explained his dismissal by the fact that, in a way, he had become a victim of racism. “The owners wanted me to stay, but it didn’t make sense.” I did not want to be a victim of violence and racism. There was incredible chaos. I was hunted, and my family was threatened as well – he said.

The players of the Danish team could not stand it and issued an open letter in which serious accusations were made against the former coach of Wisła Kraków. The letter was addressed to both the media and management board representatives.

“Peter Hyballa also openly disregards and antagonizes the newly hired club physiotherapist who, after a few days of training and repeated condescending remarks, broke down and cried. We have experienced daily threats of dismissal, mockery, sexist and degrading remarks and what we consider to be outright intimidation that goes far. beyond the already broad framework of the world of football. As reported in the media, the coaching staff took nude photos of us, the players, allegedly in order to ‘measure’ our fitness. We understand that the photos are on a private mobile device belonging to one of the coaching team members “- we could read in the statement.

Ultimately, on August 11, Esbjerg decided to terminate the contract with Peter Hyballa. The 45-year-old coach returned to his homeland, where after some time he took over the Turkgucu Munich. His team’s results were so weak that Bavarian team officials fired him after just over two months. During this time, he led the team in eight meetings. He won twice and lost six times.

David Martin is the lead editor for Spark Chronicles. David has been working as a freelance journalist.
Previous Car sales ranking in Europe
Next The US intervenes in the market. There is a chance for cheaper fuel