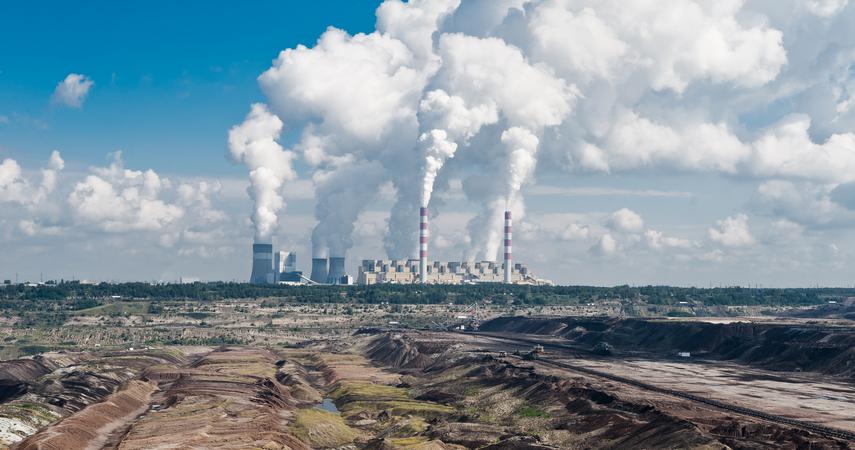 PGE’s 3Q 2021 results. Record in energy prices, and this is not the end. PGE has increased its CO2 emissions by leaps and bounds

On Tuesday, the wholesale price of electricity on the TGE exchange reached its historical record. This is a consequence of the sharp increase in the prices of CO2 emission allowances. It turns out that the largest emitter in the country, instead of reducing it, produced this gas by 23 percent. more.

As much as 17.9 million tons of CO2 was emitted by the PGE group in the third quarter – stated in the company’s financial report. Not only is it a historic record, it is also an issue was greater by as much as 22.8 percent. Every year, it follows from our calculations. A year ago, in the third quarter, the PGE group emitted 14.6 million tonnes, and two years ago – 14.4 million tonnes. Compared to the second quarter of this year. the issue increased by 0.9 percent.

The increase in emissions includes a consequence of the commissioning of a new lignite-fired unit in Turów. The installation meets all standards, but lignite-fired power plants emit the most carbon dioxide from all sources used in Poland. The block will send approximately 2.7 million tons of this gas annually into the air.

This is accompanied by an increase in the prices of emission allowances, which are also breaking records. On Monday, prices approached EUR 70 per tonne and then only slightly decreased. A year ago, the price was just over EUR 27 per ton. At EUR 70, the quarterly cost of the issue may amount to EUR 1.2 billion in the PGE Group. In the third quarter of this year. PGE calculated it at as much as PLN 2.2 billion compared to PLN 1.4 billion a year ago in the same period. For the entire year, the group was awarded only 650,000. tons of free allowances.

This is followed by electricity prices and we cannot count on PGE’s information that they will be lower, or even that they will grow slowly. On Tuesday, the price of a megawatt hour of electricity the next day on the TGE exchange (TGEBase), increased to PLN 745.43 and this is a historic record.

We can still take comfort in the fact that it is more expensive in Europe, because gas prices and weak winds caused the prices to rise by leaps and bounds. But Poland’s advantage over other markets is diminishing. Lower prices are already in Lithuania, Latvia (EUR 135.77 per MWh) and Estonia (EUR 131.75).

Despite the rising prices of allowances, the PGE group recorded a profit of PLN 561 million in the third quarter, i.e. by 106%. higher than a year earlier and by 19 percent. higher on a two-year scale. However, this is more an effect of a financial transaction with instruments hedging the CO2 price than of real activity. PGE sold contracts for December delivery, and bought contracts for March next year.

“As a result of these operations, the group generated revenue of PLN 2,778 million arose as a result of the difference between the sale price of contracts with the delivery date in December 2021 and the historical purchase price of these contracts, “we read in the financial statements.

“The PGE Group estimates that the total result of the rollover of hedging transactions and the higher provision for the obligation to redeem EUAs resulted in an increase in the gross result as at September 30, 2021 by the amount of approximately PLN 712 million. This value will be included in the amount of the provision for the obligation to redeem the EUA in the fourth quarter of 2021, thus the EUA rollover transaction will not ultimately have an impact on the result for the entire year 2021“- added.

In the third quarter net energy production in the PGE group increased by 23 percent. y / y to 17.6 TWh, and on a nine-month scale by 18 percent. The most, by as much as 26 percent. production of lignite-fired power plants increased y / y.

There were also shorter downtimes in the coal-fired Power Plant in Rybnik and the Power Plant in Opole. As a result, these power plants generated as much as 42 percent. more energy year on year in the third quarter.

RES power plants generated 0.5 TWh, or 22 percent. more year on year. However, only biomass power plants showed an increase, and it was as much as 200 percent.

The majority of EBITDA (operating result increased by depreciation) was generated by the PGE group on conventional energy – PLN 754 billion in the third quarter of this year. compared to PLN 484 billion a year ago. The group earned PLN 665 million on energy distribution compared to PLN 611 million a year ago, PLN 316 million on energy trading (PLN 299 million in Q3 2020) and PLN 214 million on renewable energy (PLN 115 million in Q3 2020) .

The variety offered by video games never ceases to amaze him. He loves OutRun's drifting as well as the contemplative walks of Dear Esther. Immersing himself in other worlds is an incomparable feeling for him: he understood it by playing for the first time in Shenmue.
Previous Do you have such a smartphone? They might be eavesdropping on you
Next DevilPage.pl – Manchester United – Pochettino talked to the sports director of PSG about his future