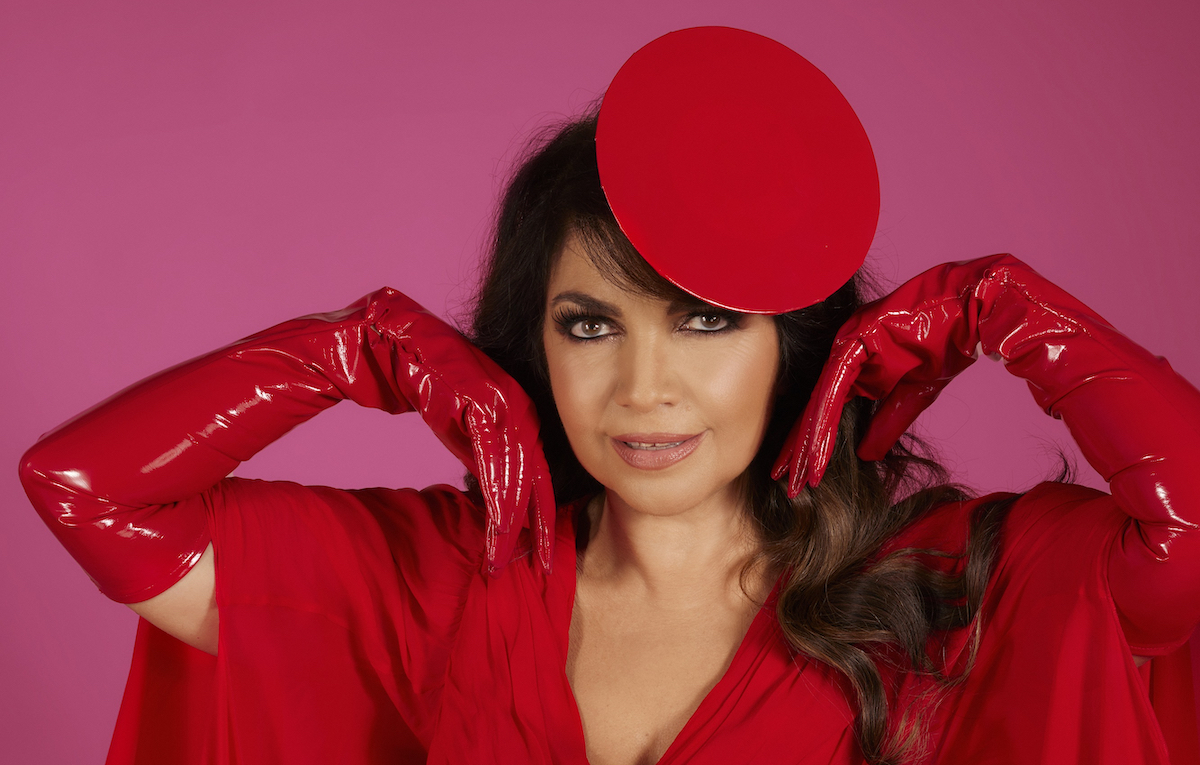 Phenomenology of Cristina D’Avena, the singer who makes you live forever in Fivelandia

For years, mention the Mike Bongiorno’s Phenomenology by Umberto Eco guarantees more nuisance than prestige. But in part, that explanation of the fortunes of the king of presenters is also applicable to the fortunes of Cristina D’Avena: «In every act and in every word of the character she brings to life in front of the cameras, mediocrity and immediacy shine through». Reassured by the mediocrity of the presenter, the primordial viewer abandoned all distrust of the quiz pioneer. Even in Cristina D’Avena, a character whose role in the history of national TV is not far from that of Mike Bongiorno, there has never been anything that solicited or challenged in any way her audience, a child (for a few years) and then adult, but skillfully hooked for life.

“Running with you so I have fun, yes. And when I get tired, I will rest with you.” “Eros is my great friend, he always brings a good mood. He is nice and I tell you that he commands love, and he does it with golden arrows with which he then hits hearts: and their hearts will find great love”. “Life is a magic between dream and reality. And with imagination, the more beautiful it will become”. This type of sentence, thought up by Alessandra Valeri Manera (who was not a lyricist or poet, but responsible for Fininvest’s children’s programming) evoke a less abused quotation from Eco, with which we can redeem the initial one: ne Consumer music, to describe the influence of the teen star Rita Pavone on the Italy of the economic boom, the semiotician hypothesized: «The Myth Pavone ensures that the problems of adolescence are kept in a generic form». And in this regard, among many others, an acronym from 1991 comes to mind containing the implacable trivialization of a key figure of the childhood (and adolescent, and beyond) imagination: “Peter, Peter Pan, you will always fly. Peter, Peter Pan, who knows what else you’ll do then. Peter, Peter Pan, we like you a lot and you know it.” It is the deliberate flatness of Valeri Manera’s endless production for D’Avena: by comparison, most of the songs of the Zecchino d’Oro they look like they were written by Nick Cave.

But in the last twenty years we have witnessed an unstoppable mythological rethinking of the figure of Cristina D’Avena. Meanwhile, this century has seen the entry of her (almost unthinkable at the time of Love Me Lycia, when she was a girl) in the nation’s wide erotic imagination, and more on that below. But just before that, in the 90s, the revaluation of his figure and his repertoire in a legendary key had already started – and it was one of the most emblematic symptoms of the rampant ironic attitude, fundamental for accepting the present and any of its mortifying aspects with a witty detachment. D’Avena was able to take advantage of it, also benefiting from a sort of suspension of criticism (even musical) towards her. But perhaps it is time that the indulgence you have enjoyed is reconsidered.

We don’t say this out of preconceived hostility: we have a fairly precise and realistic idea of ​​what her role and skill are, and we suspect that this idea is very similar to that which Mrs. D’Avena has of herself. In the press conference to present the collection 40 – The dream continuesadmitted that she would have credibility problems in recycling herself as an interpreter of a repertoire other than the theme songs of cartoons – and this a few minutes after Niccolò Agliardi, who wrote a new, slightly more ambitious song for her, The other Christmashe specified (more seriously than facetiously) that he had asked her to contain “her sobs”.

The box 40which even in the deluxe version (five CDs) has a price truly content, proposes some successful acronyms in duet with more or less illustrious guests, but above all celebrates the four decades of television career of the Mediaset star. However, as is quite well known, his journey as a singer – as well as a human journey – began much earlier. Because Cristina D’Avena is a product of ’68. With The gnat’s waltzwho finished third at that year Zecchino d’Oro (bad luck would have it that they were presented in the same edition Forty-four cats And Chamomile bullfighter). It is obviously also a product of the 80s: its first cartoon theme song was Pinocchio childin 1981. And it is, in particular, a product of the meeting between the Antoniano dei Frati Minori of Bologna and Silvio Berlusconi’s Mediaset of Milan.

Indeed, Mediaset was not born yet: it was like Fininvest that he began to spread his songs to zero on TV (in an era in which there were in fact six channels), on 45 rpm, and above all on Five Record audio cassettes. The title of those tapes, we now know, was a promise for the children of the time: when they grew up they would live in Fivelanda channeled nation in which we are all Friends and we love the Big Brother – and in which the news, Strip. A nation in which we truly re-evaluate anyone, because even a psychopathic coup plotter a century ago did good things too.

In this nation, Mrs. D’Avena has always recounted her journey without too much nonsense, with a sense of proportion that is rarely found among celebrities of her notoriety. However, being a shrewd professional, she seized the opportunity of pop repositioning before many others, becoming ironic with the Gem Boys (years before marketing forced the ironic component even in the biggest characters) or fearlessly lending herself to her status as a gay icon (moreover, years ago there were rumors that they wanted her ruthless straight mantis, which would make her even more interesting). But it’s hard to remember her style lapses or any kind of unpleasant outing (we won’t take a position on the controversial case of the breaded slices). It is also thanks to this that – as was said during the presentation of the new album – her voice, in some of the hundreds of theme songs she sang, has been present on Italian TV without interruption since the early 80s at least once a day, 365 days a year.

This, moreover, brought more money to the authors of her pieces than to her, who was consequently forced to perform live with admirable workaholicism. Singing, smiling, posing for selfies and bursting with enthusiasm in shows that adults watch in complete dreaminess, while the children they have brought along sketch to make them happy. Besides, neither Masha neither Peppa Pig, nor has she signed anything else childishly relevant in recent years – provided that children are still interested in initials, long as they are. It’s likely that the song most familiar to her under 10s is the Waltz of the gnatsince it Zecchino d’Oro (especially with his YouTube channel) still has a rock-solid grip on the nation. And it is no coincidence that Mrs. D’Avena first went to number one in the album chart in 2017, by which time her little fans had finally grown into adults. And that this happened thanks to an album of duets.

After a wise cooling break, we arrived at the new 40 that yes, it offers new duets, but focuses more on the past than on the present, with the (many) original versions of the (many) most popular theme songs. Then, we all know, the new features are needed: for the communication of the product and its placement on well-defined shelves. Unfortunately, there aren’t so many stars around anymore willing to play with the old cartoon acronyms: rappers have built their career as superheroes boasting the excessive power of their pistol and their own pistol, and their teenage audience has drunk all just like a few years earlier he drank the adventures of Doraemon or Ben 10. And pop stars have changed a lot too. Blanco or Sangiovanni, Madame or Irama risk losing theirs quasimagic in approaching Cristina D’Avena. And not so much because they fear being approached by a childish audience as because today Cristina D’Avena is the music of parents at least as much as Ligabue and Max Pezzali. In fact, her fans are almost all largely adults. Yes, of course many infants know her songs – but they know them like the children of metalheads who spring to their feet as soon as the Enter Sandman: for the forced administration of mom and dad. 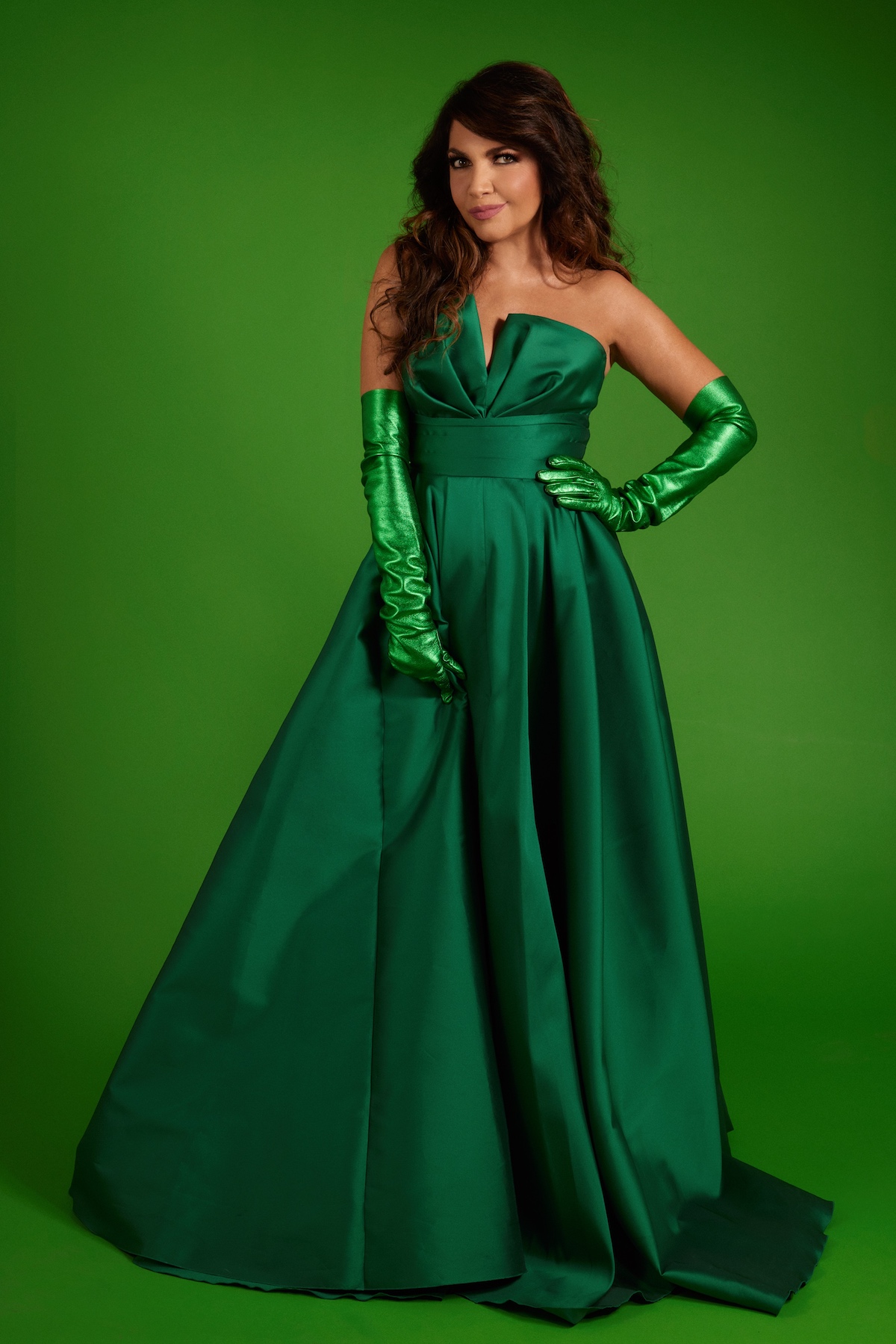 The need to seduce adults more than children is an aspect that does not escape Mrs. D’Avena who for years, without ever going off the rails, has been playing with astute malice with the part of her audience more prone to fantasies than fantasy: after all, ” Eros is his great friend… and always brings good humor”. “I’m a woman, I like being looked at,” she said amiably of her sizable cleavage, featured regularly on her Facebook page. She then takes into account her gay audience in looking for the featurings that can amuse him the most: in the new duets there is a certain amount of definitive queens, as social media would define them: Orietta Berti, Elettra Lamborghini, Lorella Cuccarini, Myss Keta, Cristiano Malgioglio. From a musical point of view, on the other hand, the choice was that of a compromise between a pumped-up dance that could bring some ironic passages to adult discos, and the slightly hysterical rhythm of baby dance in tourist villages, which is very unz unz because children have not yet started taking drugs – but in 4-5 years hemp and other substances will be fundamental for the appreciation of very cool fly of the very cool Italian producers.

On the other hand, if there is a musical lesson that Cristina D’Avena has given us in these forty years of acronyms, entrusted to a surprisingly limited number of composers (Giordano Bruno Martelli, Ninni Carucci, Max Longhi and Giorgio Vanni), is that predictability has something reassuring, while the search for melodic and rhythmic solutions that surprise the listener generates mistrust (remember? Mike Bongiorno, Umberto Eco, etc.). Evidently many find sincere happiness in repetitive and banal music (if it seems like a snob definition, replace it with “very simplified and with few, winning constant elements”). Cristina D’Avena, with her cat’s eyes, does it with shrewdness and skill, and always combining a little cunning. But despite all this, her spell worked: despite her always the same way of singing, in 40 years of songs containing little of the fantasy they praised, it’s really hard to hate her. Even thinking about the fact that she is one of the few who has never run for a seat – and certainly in these 40 years we have sent worse people to the government than her.

David Martin is the lead editor for Spark Chronicles. David has been working as a freelance journalist.
Previous Dakota Johnson to star in Netflix adaptation of Jane Austen’s “Persuasion.”
Next Prince Of Persia 4: The Sands of Time Download Full Game PC For Free