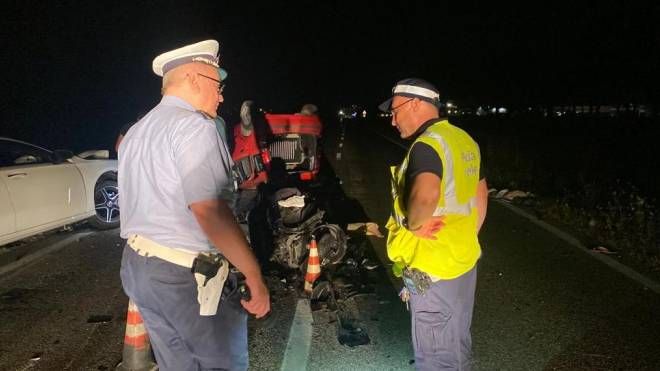 Pinarella (Cervia), 6 August 2022 – Una massacre , which hadn’t been seen on our streets for a long time. Yet another road accident presents a very heavy bill: three dead and three wounded. The incident occurred in the night a Pinarella of Cervia , in via Bollana at the intersection with via Garaffona. The collision involved three vehicles: a Fiat Panda, a scooterone and a Mercedes A180.

The driver of the Mercedes, 23 years old and living in the province of Brescia, was arrested: from the tests it emerged an alcohol value approximately double that allowed to get behind the wheel. She was injured and parked in the hospital.

It was eight minutes until one in the morning, the impact between the vehicles, which occurred for reasons still unclear (perhaps due to a lane jump), was devastating: the Panda overturned, and in the accident they lost their lives two women aged 52 and 55 (respectively from Lido Adriano and Punta Marina), who were aboard the Fiat Panda (a third passenger was returned to the Bufalini hospital in Cesena in serious condition).

Died even the scooter driver, a 39 years old from Forlì. The two women who were traveling aboard the Mercedes (including the positive alcohol test driver) were injured, they were also taken to the Bufalini and are serious: the wounded are 24, 25 and 55 years old. The 118 health workers, the firefighters and the local police of Cervia intervened on the spot, who will have to clarify the reasons for the tragedy. 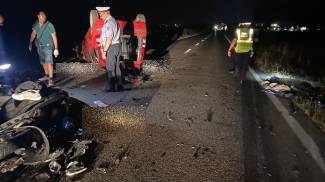 Click on the photo above to browse the photogallery

The pm on duty was notified of the incident, Cristina D’Aniello.

The carcasses of the vehicles were seized. The results of the toxicological tests on the Mercedes driver are awaited. The bodies of the deceased are found in the morgue in Ravenna.

Today there were two other fatal accidents on the roads of the province of Ravenna: at 8.30 in via dei Cosmonauti always a Pinarella a death fight in which he has 78-year-old lost his life . In Solarolo, however, a third accident occurred in the early afternoon in which a 44-year-old man died.

According to initial findings from local police, the incident may have been fueled by a lane jump.

The pain of the mayor

“I am deeply shaken from this very serious accident in which three people lost their lives. – says the mayor of Cervia Massimo Medri -. The causes and dynamics of the accident are currently being examined by the Local Police of Cervia. I am close to the families of the victims. I take this opportunity to sensitize everyone to pay the utmost attention to the roads and to respect road signs and regulations “.

Videogames entered his life in the late '80s, at the time of the first meeting with Super Mario Bros, and even today they make it a permanent part, after almost 30 years. Pros and defects: he manages to finish Super Mario Bros in less than 5 minutes but he has never finished Final Fight with a credit ... he's still trying.
Previous Another club falls on Simeone: the attacker’s response!
Next Cristiano Ronaldo is the player most criticized by netizens who follow the Premier League