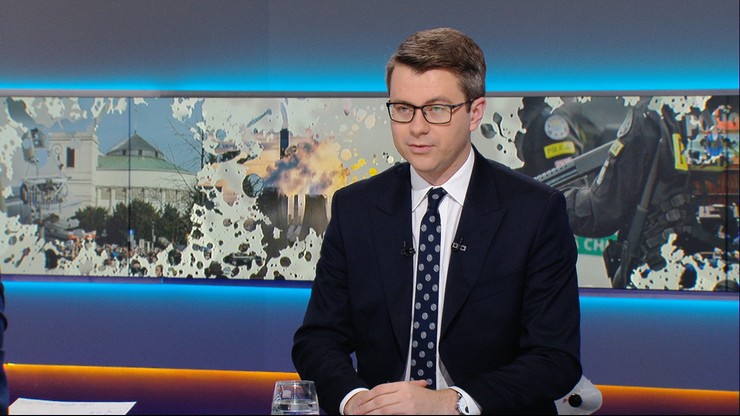 The leader, Grzegorz Kępka, asked the government spokesman about the next scheduled meetings of Prime Minister Mateusz Morawiecki regarding the crisis on the Polish-Belarusian border. On Monday, the prime minister is to visit the repair shipyard in Gdańsk.

– There is also a meeting with the OECD secretary. Then national duties, and tomorrow the meeting of the Visegrad Group in Budapest. Prime Minister Mateusz Morawiecki asked to convene it due to the geopolitical situation that is taking place. This week there will be a few more capitals – said Piotr Müller

The government spokesman emphasized that “we start with the countries of our region because they are most vulnerable to the geopolitical effects of aggression by Belarus”. He added that the next countries to be visited by the prime minister would be Western countries.

– We, within the European Union, should behave in solidarity. Of course, Germany and France have an important role, but we should take a joint position on this matter. This seems to be what is happening to me. I don’t see a problem here. Of course, all this must be coordinated, it cannot be that one country wants to impose decisions – admitted the spokesman.

The facilitator asked if there were planned meetings in Berlin and Paris.

– The prime minister spoke with Chancellor Merkel a few days ago. As soon as the meetings are confirmed, we will inform you about them. Saying that you have to start with Berlin and Paris and skip the Baltic or Eastern European states seems to me not to be the best narrative and we would like to avoid that, said the guest of Grzegorz Kępka.

The government spokesman added that Poland is talking to Western countries “within NATO, the EU and also privately.”

SEE: Conversation between Merkel and Lukashenka. The Belarusian president proposed to create a humanitarian corridor

– In most EU countries, this format of conversation was received with some surprise. There is a certain risk of legitimizing the dictator Lukashenka. The Baltic states were also definitely surprised by this format. We are dealing with a leader who did not obtain democratic legitimacy, who we accuse of having the elections illegally, and at the same time the most important European politician is talking to him. It seems to me that it was not necessary for Chancellor Merkel to discuss this matter directly, he said.

He added that the government said this was a “problematic decision”.

Piotr Müller on Nord Stream 2: it should not be there

The government spokesman emphasized that currently the most dangerous problems in relations with Belarus and Russia include the possibility of blocking gas supplies, cyber attacks or the deployment of troops at the border with Ukraine.

Müller also referred to the suspension of certification for Nord Stream 2.

– If it had not been for Germany’s decision to agree to another instrument. The construction of Nord Stream 2 was a bad decision, because it is a new instrument in Putin’s hands. This gas pipeline should not exist, because it will be a gigantic tool of economic and political pressure on the entire EU – he said.

Grzegorz Kępka asked the spokesman why the Polish side did not decide, for example, to close the railway border crossing in Małaszewicze.

– Closing passages always has a two-way effect. This would have negative consequences for our economy. Such tools can be used, they are on the table and will be used if needed, but it would have a negative impact on our companies, said Müller.

Piotr Müller referred to the pandemic situation in Poland. Lockdown for the unvaccinated was introduced, among others, by Austria.

– Every decision has some aspects. Lockdown has negative economic effects. If there are restrictions, it will be in places where the system becomes clogged. Then it will be so that the limits that apply do not apply to those who are vaccinated. These limits are relatively high, so there is no such limitation that is felt, he said.

As stated in the Law of Law and Justice MPs, which would give employers the opportunity to control employee vaccination certificates, may be processed at the next session of the Sejm, at the beginning of December. “Signatures have been collected,” he said.

– These are solutions that are not as far-reaching as some opponents would believe. It seems to me that this solution should not arouse such emotions. You have to create tools. This situation may occur again in the future, he admitted.

He stressed that at the moment in Poland there are no problems with access to vaccinations. – Everyone has access. Today we are signing up, tomorrow we are going to vaccinate – he said.

– We are trying to persuade people to do so, but this is a challenge that is greater than some people think – he concluded.

Videogames entered his life in the late '80s, at the time of the first meeting with Super Mario Bros, and even today they make it a permanent part, after almost 30 years. Pros and defects: he manages to finish Super Mario Bros in less than 5 minutes but he has never finished Final Fight with a credit ... he's still trying.
Previous Zverev wants to win the Grand Slam and be No. 1 on the ATP rankings
Next Bobby Kotick does not rule out that he will leave Activision Blizzard 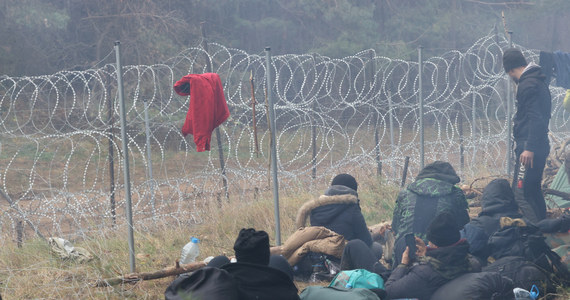