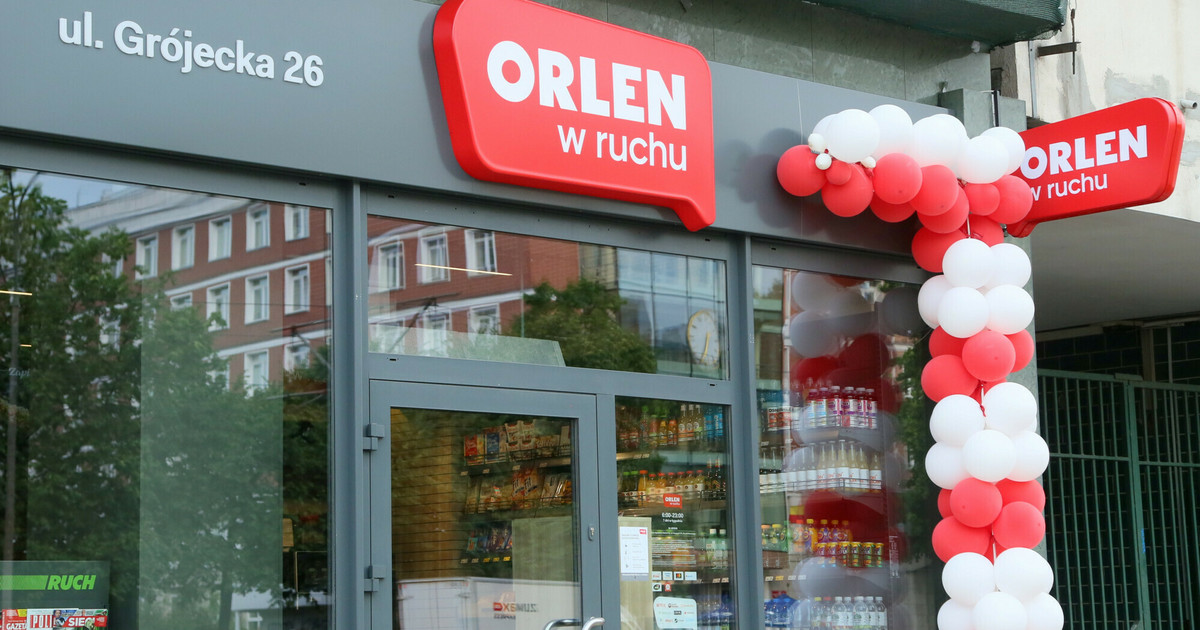 PKN Orlen wants to have its own spring water. He is looking for a producer

In the announcement, PKN Orlen said that “it is starting a purchasing procedure regarding the selection producer of spring water under its own brand Orlen for resale at PKN Orlen retail outlets“.

The company recalled that it sells products in the category concerned by the proceedings at over 1,200 own petrol stations. He added that the main objectives of the proceedings include: selection of the product range in line with the needs of customers of PKN Orlen petrol stations, taking into account the available sales space, active category management thanks to direct cooperation with the producer of goods sold at PKN Orlen stations and increasing sales.

“In order to achieve the goals defined in this way, PKN Orlen plans to sign a framework agreement with the spring water producer selected in this proceeding. This type of contract includes the guarantee of the availability of the agreed products at the supplier selected by PKN Orlen for the PKN Orlen network” – emphasized in the announcement.

As PKN Orlen announced, three stages of the procedure are planned – first, an analysis of the submitted offers will be carried out, then negotiation meetings will be conducted with suppliers who meet the formal requirements, and then the offer will be finally selected. The concern stated in the announcement that “all product and recycling fees will be borne by PKN Orlen”.

The company has set the deadline for submitting bids on January 14thand for asking questions as part of this procedure – on January 13.

PKN Orlen has 1,800 fuel stations all over Poland. At most of them, it also conducts non-fuel retail sales, including beverages, and food outlets in the Stop Cafe format. According to the concern’s data, at the end of the third quarter of 2021, there were 1,733 such outlets. According to the Orlen Group’s strategy, by 2030, expenditure on the development of the retail segment is to amount to approx. PLN 11 billion there.

Orlen on the move with a new retail network

At the end of June 2021, PKN Orlen opened the first outlet of the new retail format in Warsaw Orlen on the move with a range of shops and restaurants. It was announced then that as part of the development of the non-fuel offer, by the end of the year, about 40 such outlets would be created throughout Poland, and around 900 in the next four years.

The variety offered by video games never ceases to amaze him. He loves OutRun's drifting as well as the contemplative walks of Dear Esther. Immersing himself in other worlds is an incomparable feeling for him: he understood it by playing for the first time in Shenmue.
Previous We have “the fastest growing energy prices in Europe”? We check the words of Biedronia
Next Adam Nawałka firmly denies the rumors. “That’s bullshit!”