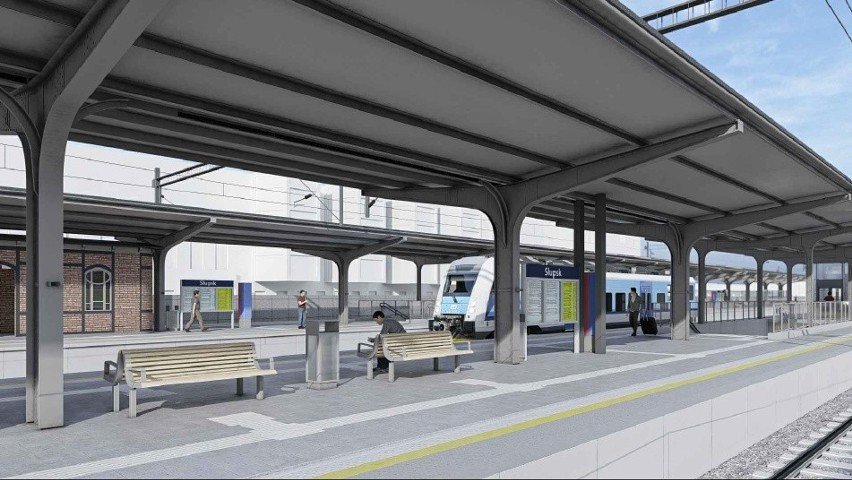 PKP Polskie Linie Kolejowe SA has announced five tenders for an estimated amount of almost PLN 6 billion. One of them is the reconstruction of the station in Słupsk

PKP Polskie Linie Kolejowe SA has announced five tenders for an estimated amount of almost PLN 6 billion. One of them is the reconstruction of the station in Słupsk. The estimated value of the works is several hundred million zlotys.

Higher platforms will make it easier for passengers to board the trains, and convenient access to the railways for people with reduced mobility is to be provided by elevators from the reconstructed underground passage to the platforms. The crossing itself is to be widened and connected to the bus station, which is already under construction on the side of Towarowa Street. Importantly, the railway ensures that the historical character of the station is emphasized by the restored historic platform shelters and kiosks. The whole thing is to be completed by a modern passenger information system, among others displays, it will facilitate orientation on the go.

We would like to remind you that in addition to the works at the Słupsk station itself, a new local control center is to be built, equipped with computer systems and devices to ensure efficient and safe running of trains. Moreover, a new railway bridge and a second track will be built on Słupia, which will improve the service of railway traffic, and a second platform will be built in Kobylnica, which will facilitate travel on the Słupsk – Szczecin route.

The variety offered by video games never ceases to amaze him. He loves OutRun's drifting as well as the contemplative walks of Dear Esther. Immersing himself in other worlds is an incomparable feeling for him: he understood it by playing for the first time in Shenmue.
Previous Ted Demme died during the match. Natalie Portman starred in the movie with the urn of his ashes
Next Manita | RealMadryt.pl