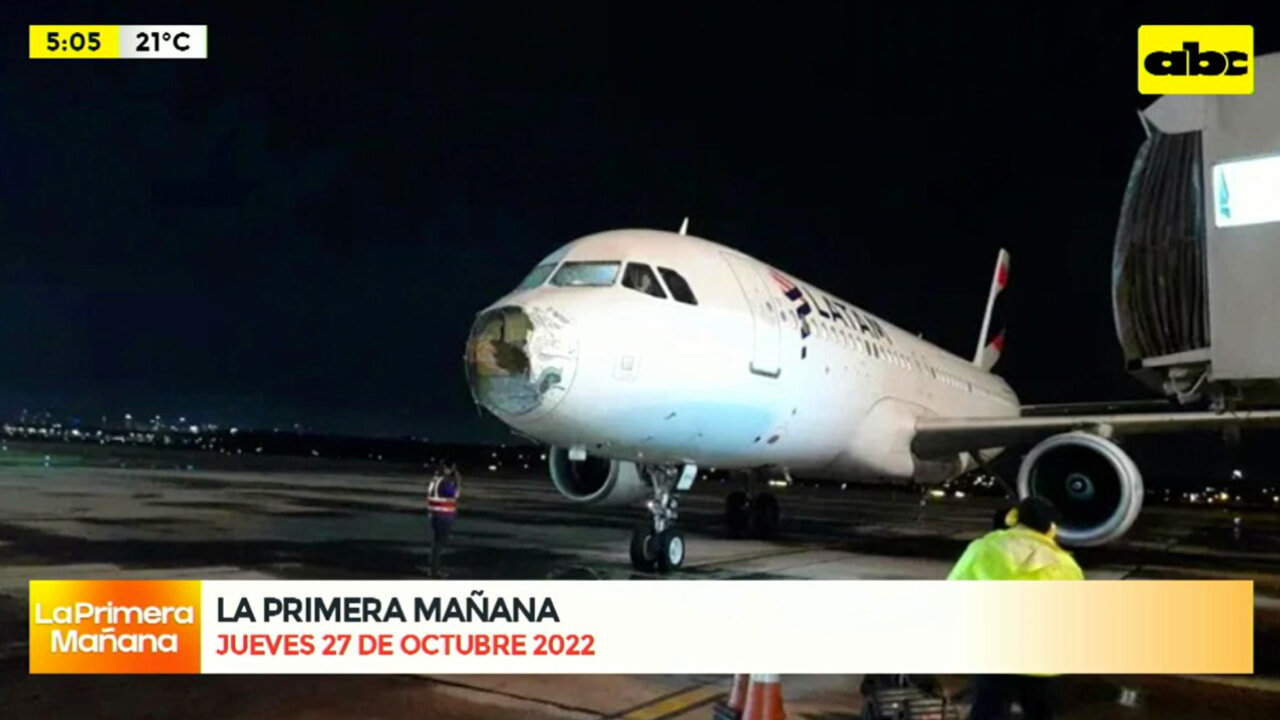 plane lands without a nose and with a broken engine

It was minutes of fear, or rather of panic and terror, those experienced by the passengers of a plane that took off from Santiago de Chile airport and headed to Asunción, the capital of Paraguay, where it actually arrived but in extreme conditions: without a nose, with a windshield chipped and a broken engine. Latam Airlines flight La1325 made an emergency landing and finally managed to touch the ground at the Silvio Pettirossi airport (Asunción) around 11pm on Wednesday 26 October, after passing through a storm that seriously threatened to jeopardize the safety of passengers on board, at least 45 according to local media.

What happened? The plane – reported the Paraguayan newspapers – was supposed to arrive in Asunción at 5.25pm ​​but due to the difficult weather conditions it landed in Foz de Yguazú, Brazil, where it stopped for several hours before taking off again and reaching the capital of Paraguay . In the meantime, however, the storm had not subsided. According to the ABC, a Paraguayan newspaper, the plane went through a strong disturbance, perhaps a hailstorm, right in the short journey from Foz de Yguazú to Asunción where it landed shortly after 11pm.

The airline said in a statement that the plane “made an emergency landing in Asunción, a procedure that was performed without too much trouble at 11.09 pm (local time). Both passengers and crew are in good condition. “reads the note again. “Latam Airlines regrets any inconvenience this weather situation may have caused its passengers.”

What is certain is that watching a video shot inside the plane and subsequently posted online some problems seem to have been there. On the other hand, the images of the plane that landed without the nose are quite eloquent. Passengers told the media that they experienced minutes of true panic and thought the worst. The authorities want to see clearly. Why did the pilot decide to leave for Paraguay if the weather conditions were prohibitive? The Dirección Nacional de Aeronáutica Civil has launched an internal investigation into the case.

Videogames entered his life in the late '80s, at the time of the first meeting with Super Mario Bros, and even today they make it a permanent part, after almost 30 years. Pros and defects: he manages to finish Super Mario Bros in less than 5 minutes but he has never finished Final Fight with a credit ... he's still trying.
Previous Juve risk a fine of up to 60 million for the ‘Ronaldo card’
Next Vanessa Kirby: movies, height and private life