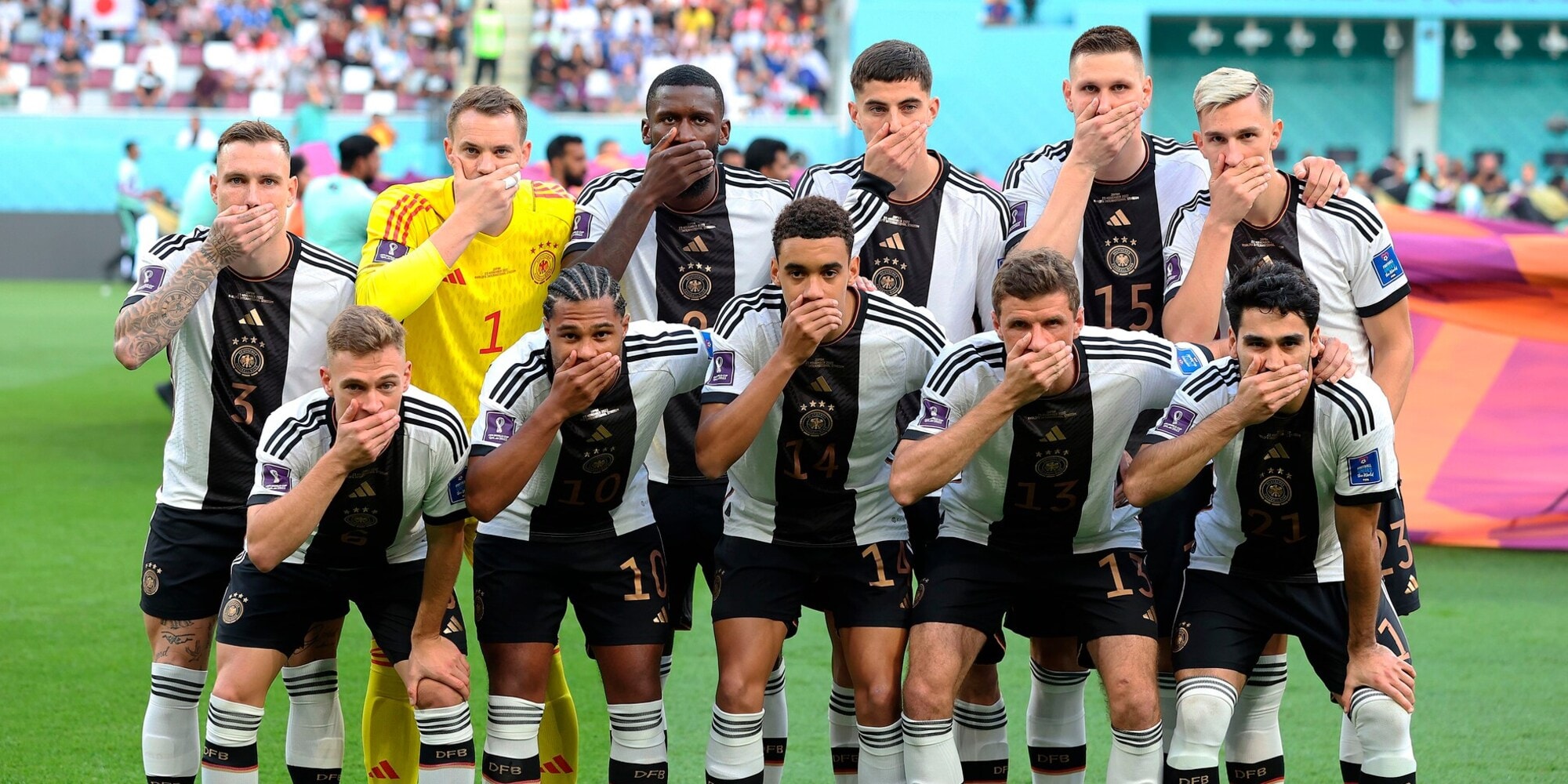 Players no longer get gagged: what a great achievement

There has never been such a political World Cup. Politician in the broadest sense of the word. Socratic. Everything is politics. The way of looking at the facts of the world, of breathing, of thinking. That of the latest generation of players, the millennials of football, leaves great hopes. Starting with the footballers of Iran, ready to challenge Tehran’s authoritarian regime with their silence, but also the German players, with their hand over their mouth and rainbow shoes.

Gone are the days when football players, poor boys from the provinces and suburbs, poorly nourished and more often still poorly educated, were indoctrinated into silence. In 1978, while the Argentine dictatorship killed more or less complicitly in the silence of the press (including Italian ones, as entire collections of newspapers show), the Azzurri were explicitly forbidden to talk about the events off the pitch. The country’s economic interests in Argentina were also too many. The excuse was always the same: this is sport, politics has nothing to do with us. As if they were separate things. No one ever talked about Videla and Massera at the Mundial, not even the Swedish goalkeeper Hellstroem, as a legend built in retrospect would have it.

Little was also said in Moscow in 1980, while the world was splitting, or in Olympic China in 2008. No one remembers positions as harsh as today. Yet not centuries have passed, but just a few decades. The truth is that this generation of footballers has experienced two crucial episodes in recent years. First there was Covid, then the war. In the pandemic, many have understood how freedom, including freedom of movement, is an indispensable asset. The champions had never found themselves away from the lights, isolated in their homes, in many cases lined up like everyone else at the supermarket for rationed shopping. The conflict in Ukraine, the first between national sovereignties in European lands since the fall of Berlin in 1945, then reawakened the other side of consciences: one cannot remain idle, passive spectators, in the face of a changing world.

The mentality has changed, the awareness of the athletes themselves has changed, I am thinking of the brave Iranian women and their veil lifted. But I also think of the Russian tennis players who call for peace, of the dozens of sports men and women ready to fight against discrimination, for civil rights, against racism. The “black lives matter” was one of the major movements in terms of civil commitment, which recalls Smith and Carlos in Mexico City, but also the difficulty experienced by many athletes in the metropolitan suburbs before becoming famous. That of footballers and sportsmen in general is a pedagogical test, in a broad cultural sense, which contrasts clearly with the short-sightedness of the institutions that should guide it. For example the IOC, but especially Fifa in these hours, covered in ridicule even before shame. The threats of yellow cards for the colorful band that the captains would have liked to wear in favor of the LGBT community, the comical inspection of the linesman on Neuer’s arm, the handbook on hugs and surroundings.

In 1978, to always return there, in the sleep of reason, the German Neuberger, Fifa’s poppy, returning from Buenos Aires said a lapidary phrase: «The stadiums are fine, we don’t deal with politics». Fifa has remained since then, a slave to the realpolitik also seen in Russia four years ago and to the constant sympathy for money & power. The difference compared to then is that the players are no longer silent, they do not accept to be gagged in the face of the abuse of power. They no longer have Fifa on them and it is a splendid achievement.

David Martin is the lead editor for Spark Chronicles. David has been working as a freelance journalist.
Previous Paramount+: the news of the month of December 2022
Next the return of Bob Iger to Disney