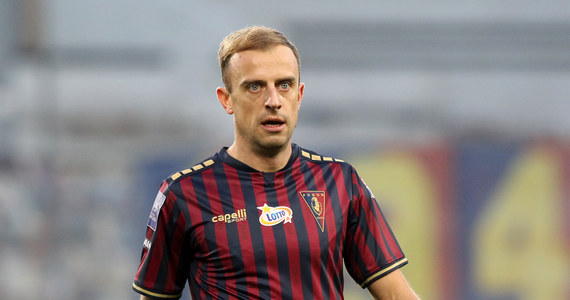 “Portowcy” definitely deserved the victory against the Wroclaw inhabitants. They dominated from the first minutes of the game and it seemed only a matter of time before scoring a goal. In the end, both goals for Pogoń were scored only after switching sides. In addition to Michał Kucharczyk, Luka Zahović also entered the list of shooters

After the match, the goal scorers, as well as offensive players, such as Kamil Grosicki, Sebastian Kowalczyk and Rafał Kurzawa, heard the most recognition. On Twitter, one of Pogoń Szczecin fans also appreciated Damian Dąbrowski. Captain Pogoń made 103 passes, 97 of which went to the addressee. In addition, the midfielder made one key pass, three successful kicks and seven retrieved balls.

Another Pogoń footballer – Kamil Grosicki – responded unexpectedly to the tweet. The 83-time Polish representative wrote: “He should play in the national team. But nobody is watching Ekstraklasa.”

He should play in the frame Well, but nobody @_Ekstraklasa_ is watching
– Kamil Grosicki (@GrosickiKamil)
November 21, 2021

“TurboGrosik” thus stuck a pin in Paulo Sousa, who has been reluctant to visit the league stadiums since the beginning of his term. The Portuguese did not bother even for the October match between Legia Warszawa and Lech Poznań.

Since Sousa is the coach of the Polish national team, the role of Kamil Grosicki has changed drastically. So far, the winger could be almost sure of receiving a call from Adam Nawałka or later Jerzy Brzęczek. Meanwhile, Sousa did not take Grosicki to Euro, nor did he invite him to any autumn training camp.

David Martin is the lead editor for Spark Chronicles. David has been working as a freelance journalist.
Previous Crisis on the border. Alyaksandr Lukashenka to Poland: “Think about yourself”. It is an earlier ultimatum
Next Germany: most new infections since epidemic began; some federal states introduce restrictions