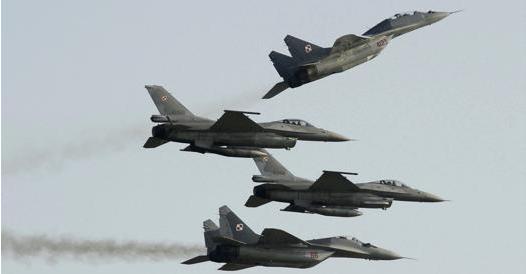 Poland and the mess on Mig to be delivered to Ukraine- Corriere.it

The government of Poland, on Tuesday evening, had announced a triangulation that would lead to the delivery of Mig fighters to Ukraine, passing through the NATO base in Ramstein, in Germany. But the move had not been agreed with the United States, which denied everything (and have strong doubts about the feasibility of such a move)

Last night, Tuesday 8 March, the government of Warsaw announced as if it were an agreement already perfected what is only a hypothesis under consideration. The Poles have made it known to the world, including Russia of course, that they are ready to deliver all 28 Mig-29s in their fleet to the US base at Ramstein in Germany
.

From there Soviet-made fighters would then be sent to Ukrainewhere they would find pilots able to maneuver them without the need for training. In exchange, Poland would receive modern F-16s from the United States.

The agency flash that appeared on American monitors when Joe Biden had just finished explaining to the nation what the reasons for theRussian oil embargoto then ensure that the US would do what it could for militarily help the resistance in Kiev.

At first, therefore, the news arriving from Warsaw seemed to be the concrete confirmation of Biden’s speech. But shortly after State Department number three, Victoria Nuland, coming out of a congressional hearing, reacted in amazement: We have not decided anything on this issue yetthere are conflicting opinions among us.

Later the Pentagon was forced to come out on a very dry note: It is up to the Polish government to decide whether or not to transfer its aircraft to Ukraine.

In any case the hypothesis of triangulation of the planes, Poland-Ramstein-Ukraine, raises serious concerns for the entire NATO alliance. Conclusion: We do not believe that Poland’s proposal can hold up.

For days the Ukrainian president, Volodymyr Zelensky and its foreign minister, Dmytro Kuleba, are pushing NATO to watch the skies of Ukraine with a no-fly zone.

Alternatively, the Ukrainian leadership asks the Atlantic Alliance to supply only the planes. Now, Nuland’s reaction and the Pentagon statement show how profound the skepticism of Americans is.

And here we must correct the impression that we have reported in recent days and that the US government was examining the technical problems, but was nevertheless in favor of the operation. Obviously there are also political reservations.

Biden does not want to take the risk of igniting an armed and potentially devastating conflict with Russia.

It’s okay to send guns, anti-tank missiles, ammunition. But always staying one step behind the war on the ground.

The exit of the Poles angered the US generals for another reason as well: assuming that there was the consent of all, was it really appropriate to reveal the confidential details to the Russians, pointing to the Ramstein base as the fulcrum of the operation?

It’s up to Vice President Kamala Harris to restore some order in Eastern Europe. Tomorrow, Thursday 10 March, he will meet Andrzej Duda and Mateusz Morawicki, President and Prime Minister of Poland, in Warsaw. The lineup of the summit was revised last night, placing the issue of airplanes among the most urgent issues.

He likes dogs, pizza and popcorn. Already a fanboy of Nintendo and Sony, but today throws anything. He has collaborated on sites and magazines such as GameBlast, Nintendo World, Hero and Portal Pop, but today is dedicated exclusively to Spark Chronicles.
Previous Napoli is already working for the future
Next Kunakey with Cassel, pregnant Sophie Turner and …: PFW at the grand finale