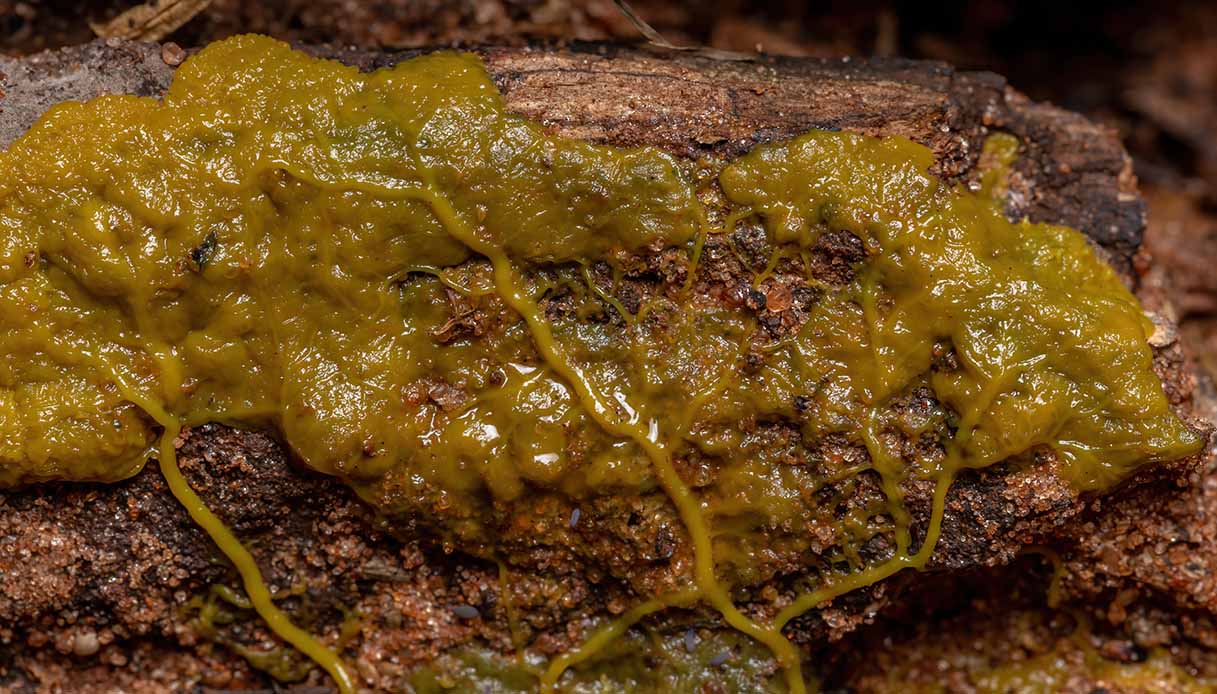 In 1958 he caused a furore at the cinema Blob, a horror / science fiction film that revolved around the danger of a gelatinous slime coming from space, able to understand, want and conquer the globe. Here, even if the comparison is a bit risky, we could think of the mold Physarum Polycephalum just like a kind of Blob, with no warlike or dramatic intentions for humanity.


The mold in question has become for some years and, in particular in recent weeks, the subject of in-depth studies by the scientific community. Scientists are in fact increasingly intrigued by her “intelligence”, which seems to expand and adapt to allow her to feed and reproduce in a careful and strategic way.

Before explaining why the studies on the Physarum Polycephalum intensified, let’s try to understand what this strange mold consists of and when it was discovered that it existed. It was around 1800 when Lewis David de Schweinitzconsidered the father of North American mycology, made an important contribution to botany by discovering a mold belonging to the Physarum family, precisely the Polycephalum.

The tools at the time were not too advanced, but being seen with the naked eye, this mold appeared unusual for its behavior in nature: it multiplies and reproduces in shady areas (decaying trunks and leaves), it eats fungal spores and attacks, again to feed, bacteria and other microbes. It was therefore classified as an intelligent and active mold but, for a certain period of time, studies on it were shelved.

Over the years and with the expansion of scientific interest in acellular slime molds, studies on Physarum Polycephalum they have multiplied. Thanks to them it was possible to understand that plays an important ecological role, favoring the decay of organic matter and transforming it into a food source for itself and for other positive bacteria. However, what appears most incredible is that the Polycephalum thrives from a billion years and it is precisely on this particularity that the most recent studies have focused.

The Polycephalum, its abilities and questions

Yes, because scientists are now wondering how is it possible that this bizarre little organism, which has neither brain nor nervous system, is able to have “knowledge” of where it is and to expand and move towards environments that allow it to find the ideal conditions for its reproductive cycle. So they started to do some tests and they realized that the Polycephalum has other interesting skills.

Biologist Chris Reid of the Macquarie University in Australia and his team, specifically, realized that this mold can solve “complex puzzles”, such as finding its way out of a maze, and can remember both the environments in which it thrives and the substances it encounters. In addition, she tends to remember where she found food previously and, consequently, to learn how to get it.

As if that weren’t enough, he also has the ability to like or dislike certain conditions or substances: when he encounters something he doesn’t like, he retracts, trying to move the core first and then the different sections to run away and / or move away. All this, let’s remember, without any type of neuronal network and without what scientists have hitherto considered fundamental for memory and learning processes.

The importance of Polycephalum studies

With further study, scientists have begun to compare Polycephalum to a “web,” despite technically being a single-celled organism: each part of the mold, in fact, seems to operate independently and share information with all the adjacent sections and with the central one. And it is precisely here that the most interesting comparison starts: that with the neurons of human beings.

The analogy is truly intriguing and according to the most recent research both the topology and structure of our brain networks are extremely similar to Polycephalum in extension. However, much more study will be needed to understand how information is propagated and shared in mold and to understand if the hypothesis of similarity with neurons is true. If this were to be the case, new scenarios also open up for studies on the human brain, which can be analyzed thanks to one shared datasetwith the aim of revealing some of the most mysterious areas, such as those concerning the stages of sleep, memory and states of unconsciousness.

He likes dogs, pizza and popcorn. Already a fanboy of Nintendo and Sony, but today throws anything. He has collaborated on sites and magazines such as GameBlast, Nintendo World, Hero and Portal Pop, but today is dedicated exclusively to Spark Chronicles.
Previous High Speed ​​Sea. The 8 Fastest Boats Ever!
Next Gaffe, wit (and remarkable cynicism): behind the victories of Biden, the «gerontocrat» | Federico Rampini