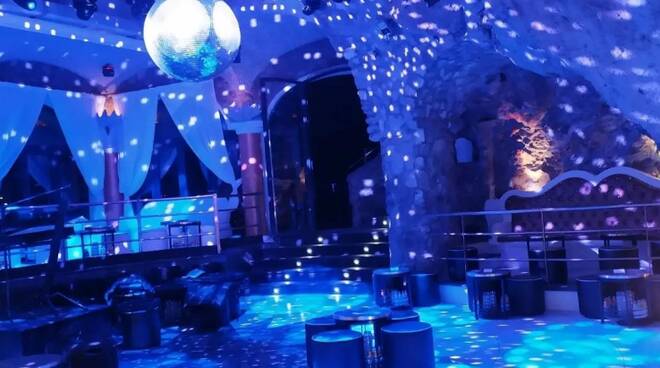 Positano: Music on the Rocks turns fifty. Music on the Rocks is one of the clubs on the Amalfi Coast, one of the most beautiful in the world. In 1970 the Positano cave started offering live music and some food. But in August 1972 it acquired the name by which it is known, namely Music on the Rocks. Symbol of a glamor that makes the vertical city famous in the world, today in the management, alongside the founder Salvatore Russo, called Black, we find his son Peppe. Peppe had great tenacity and determination, especially in these two years of pre-Covid pandemic. The restaurant on the Spiaggia Grande is associated with the night, the worldliness, the dolce vita of the coast: «Positano is also known for our merit. We are a by night label », says Peppe. VIPs from all over the world have passed through here: the Agnelli family, Nureyev, Antony Quinn and Ava Gardner, then over the years Sting, Bono, Pavarotti, Madonna, Maradona, “only for one night, memorable: it was when we inaugurated the Napoli club in Positano “. More recently Michael Jordan, Brad Pitt, Leonardo Di Caprio, Justin Timberlake, Jessica Biel, Mariah Carey, Matt Dillon, Queen Latifah, Lenny Kravitz, Domenico Dolce, Chelsea Clinton, Denzel Washington who acted as best man for Peppe, and Rod Stewart, who arrived a few days ago, anonymously.

Over the years there have been some change of hands: the restaurant, which has expanded from the cave to the beach, with the Rada Bistrot, traditional cuisine in the hands of the historic chef, Gerardo Costanzo, and a priceless evening view of illuminated Positano. The terraces, the panoramic restaurant and the bar, the Fly, these two are the result of reflections made by Peppe in the pandemic together with his brother, Gianfranco: «We could no longer afford to be seen only as a disco, even if we have been other for some time. Therefore we have decided to diversify the offer more and more, with us you can choose dance or live music on the same evening. It is a container for every palate “: on Monday there is jazz, on Tuesday evening free, on Wednesday reggaeton by the Neapolitan group Black on, on Thursday the drag queen Tiffany performs, on Friday hip hop. Then comes Saturday, “the evening of the slaughter”: three DJs alternate, Max Zotti, Mario Iovieno and the one resident at Music for years, Antonio Ferola. On Sunday he starts with a light aperitif on the terrace, from 7pm to 11pm, then Peppe invites everyone to move to the cave where this story was born, until dawn. Another thing that has transformed is precisely the clientele that comes to Motr: before it was a niche place frequented by celebrities, now it is extended to anyone who can afford an evening in which the spending base does not drop below 1000 euros. Di Monda says: “We call it the village of VIPs: people come to see them, but they, especially the Americans, come to be with ordinary people, especially Neapolitans and Campania”.

Peppe would have liked to be a DJ and still, every now and then, is at the dishes and follows some dance productions. In this sense, the star of the house is Salvatore jr, the 23-year-old son, “he has it in his blood, he was born in the console”. He and his brother Simone are the future of Music: «Since we were born we have been expanding, but without these rocks we won’t go anywhere». In the true sense of the word: «Ten years ago the classic Arab emir showed up and proposed to rebuild Music in Dubai. My father said yes, to my amazement. Then he added: Yes, as long as we build Positano around us. The emir got the hint, took his leave, returned with an apology and a diamond-encrusted ring for my mother Titina, who is the true genius of the house. ‘

David Martin is the lead editor for Spark Chronicles. David has been working as a freelance journalist.
Previous Messi’s friend and ex-Barca can return to the pitch after retirement: “If there is a possibility…”
Next sight was restored in 14 blind patients

One of the most anticipated titles of the year has arrived in cinemas: Don’t Worry …