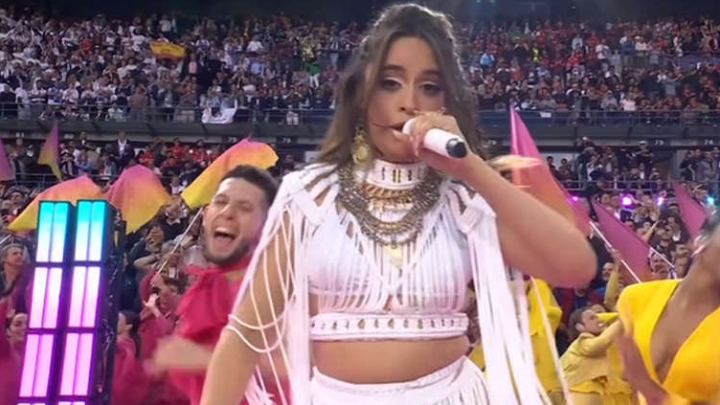 Shortly after finishing the opening show of the Champions League final on Saturday (28), two messages in a critical tone were published on Camila Cabello’s Twitter. In them, the singer complained about the lack of education on the part of fans who went to see the game between Liverpool and Real Madrid, which won the title, in Paris.

“Now watching the recording of our performance and I can’t believe how people were singing their teams’ anthems out loud during the performance. This is when my team and I worked hard to set the right mood and deliver a good show,” said first post. “Very rude, but whatever. I’m glad you loved it!!!!” read the second.

Both texts were quickly deleted from the account and replaced by a much nicer one: “I grew up watching football games with my family and the energy I felt there was SO ELECTRIC. I had so much fun watching the performance afterwards. Thank you so much to my team and to the dancers, musicians and the team involved in the creation who worked so hard on this show!!!”

Another tweet, with images of the performance, brings the singer talking about having lived a “dream moment” and thanking UEFA and Pepsi, the sponsor of the show.

I grew up watching soccer with my family and the energy in there was SO ELECTRIC I had so much fun watching afterwards too. ✨✨✨✨
Thank you so much to my team and the dancers and musicians and creatives that worked so hard on this show !!!

According to a source close to the singer, in a statement to Metro UK, the two original messages were posted by mistake by a person who has access to Cabello’s account password and believed he was writing on his personal profile.

Videogames entered his life in the late '80s, at the time of the first meeting with Super Mario Bros, and even today they make it a permanent part, after almost 30 years. Pros and defects: he manages to finish Super Mario Bros in less than 5 minutes but he has never finished Final Fight with a credit ... he's still trying.
Previous films, series and programs to see on June 29, 2022
Next “Leonardo DiCaprio and Camila Morrone broke up,” reveals a source close to the couple