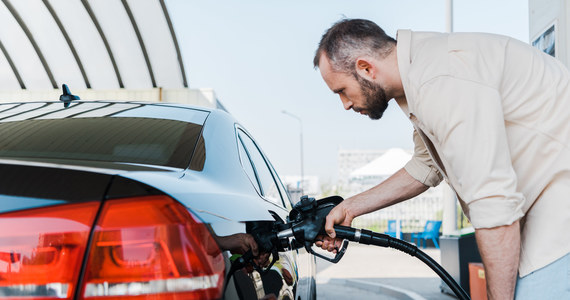 Price records were set at the stations. However, there is a chance for a discount

Since the beginning of the week, PKN Orlen and Grupa Lotos have changed wholesale fuel prices four times. The average price of unleaded petrol by Polish producers is currently PLN 4763 net per 1000 liters – it is PLN 115 cheaper than before the long November weekend. Diesel fuel became cheaper by PLN 91.40, currently in wholesale this fuel is PLN 127.60 more expensive than gasoline, today its average price is PLN 4,890.60 (PLN 134.20 below this year’s maximum).

The analysis of retail fuel prices in Poland, conducted by e-petrol.pl on Wednesday (November 17), shows that gasoline prices rose again by 2-3 groszy per liter and diesel by PLN 0.03. The average price of 95 lead-free petrol this week was PLN 6.01 per liter, and diesel fuel after the increase was PLN 6.02 / l. The price of autogas increased the most, by as much as PLN 0.08 per liter, the average price of which this week was PLN 3.34 / l. It is worth noting that the current price levels of basic fuels at Polish stations this week not only exceeded the psychological barrier of PLN 6 / l, but also set their historical records.

The forecasts of e-petrol.pl show that after relatively large discounts in wholesale, which we witnessed in the end of the week, on Saturday and Tuesday both PKN Orlen and Grupa Lotos will introduce only cosmetic changes to their wholesale price lists. Such a stabilization of prices may cause the discount in wholesale from the last few days to reach petrol stations and trigger the downward movements on pylons so expected by customers – there are many indications that the price of gasoline will fall below the PLN 6 / l limit again.

The latest analysis of fuel prices from e-petrol.pl shows that after Sunday the most popular unleaded petrol should be refueled on average at PLN 5.98-6.10 per liter, while diesel car owners will spend 6.01- 6.12 PLN / l. However, drivers cannot count on reductions in the case of autogas. Here, increases in wholesale prices related to the lack of LPG availability have been moving to retail price lists for a long time – next week, the average price per liter of this fuel will be PLN 3.33-3.41.

In the past week, Brent crude oil was traded below $ 80 for the first time since the beginning of October. The local minimum for crude oil prices on the London Stock Exchange was set at USD 79.28 on Thursday. On Friday morning, oil prices are hovering around $ 80.

The source of the sell-off on the oil exchanges is speculation about the coordinated action of reaching for strategic reserves, to which the United States is urging other large oil consumers. For several weeks now, the Americans have been systematically supplying the market with additional barrels using their strategic inventories (SPR), and in November alone, the government reserves have already lost more than 6 million barrels of raw material. The SWR level is currently 606 million barrels and, according to the statistics published by the governmental Energy Information Administration agency, is the lowest since 2003. According to media speculation, the American can be supported in stabilizing the situation on the oil market by the Chinese, who are realistically considering using their reserves and this prospect weighs heavily on raw material quotations.

The variety offered by video games never ceases to amaze him. He loves OutRun's drifting as well as the contemplative walks of Dear Esther. Immersing himself in other worlds is an incomparable feeling for him: he understood it by playing for the first time in Shenmue.
Previous We will buy Nintendo Switch in a big promotion. A great offer for Big N equipment is coming
Next Poles fall in the FIFA ranking! The leader is still the same with the Polish National Team