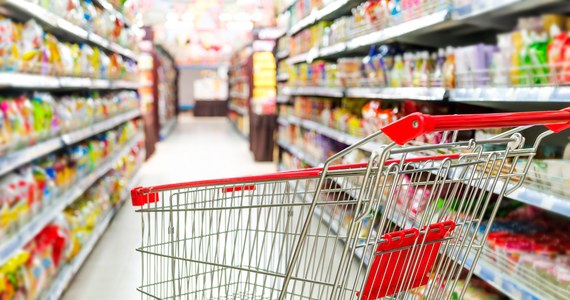 According to the authors of the analysis, they shot up the most prices of fatty products – on average by nearly 70 percent “Most of the increases were double-digit. For the so-called other articles, customers paid more than 41% more after discounts. Promotional meat prices increased by over 25 percent. Every year, dairy products by almost 22 percent, vegetables by over 21 percent (including potatoes by 44.9%, onions by 44.3%). Behind drugs in December, customers paid less than 20 percent. (including for black tea by 41.7%), while for drinks in the promotion, customers paid 14 percent. more than a year ago, and for fruit by 11 percent more “- they reported.

As they added, single-digit increases concerned three categories, i.e. bread, food additives and household chemicals. In December, they only fell loose products – by over 2 percent yy.

According to Marcin Lenkiewicz from the BLIX Group, the increases reflect the increases in regular prices. – Poles are used to discounts and expect them. Meanwhile, the costs borne by the producers increased significantly, so retail chains, despite their strong negotiating position, were forced to buy more expensive – he pointed out. He added that rebate campaigns will not disappear from the market, while purchase costs will continue to grow after discounts. – So far, promotional prices have gone up more than 2.5 times more than the regular ones – he noted.

According to Katarzyna Grochowska from Hiper-Com Poland, none of the highly expensive categories is surprising. – Inflation combined with climatic factors and rising costs of production, cultivation, breeding, transport and storage mean increases, their level also depends on additional, often local issues – she noted.

As pointed out by Krzysztof Łuczak from the BLIX Group, single-digit increases in the bread category (7.9% y / y) are temporary. – Due to abrupt increases from January this year. gas and electricity prices, which will drive up the costs of running a bakery, it should be expected that this category will also increase quickly, even in promotion – the expert estimates.

Łuczak pointed out that the sugar tax introduced a year ago has visibly reduced the demand for sweetened drinks. – Sugar producers, wanting to maintain the sales volume, offer more attractive prices, so retail chains could offer greater reductions to encourage more purchases, especially during the Christmas and New Year period, which caused sugar to drop by 6.9 percent y / y.

According to Grochowska, increases in promotional prices will be slower at the beginning of this year due to the reduction of VAT and indirect taxes on fuel, gas and electricity. – However, it should be remembered that these are the assumptions of the inflation shield, after its expiry the dynamics will increase. And despite these measures, the current inflation, increases in the costs of running a business, coal prices and CO2 emission allowances will constantly cause increases in stores – she assessed.

The data comes from the “Index of promotional prices in shops”, which compares the promotional prices of 12 categories and 45 products. In total, over 20.5 thousand. rebate shares, over 33.7 thousand. prices displayed in promotions. The analysis covered all discount stores, hypermarkets, supermarkets, convenience and cash & carry chains operating in 16 provinces on the market.

“Events”: Tax and food cuts down to zero. A new version of the anti-inflationary shield
Polsat News

The variety offered by video games never ceases to amaze him. He loves OutRun's drifting as well as the contemplative walks of Dear Esther. Immersing himself in other worlds is an incomparable feeling for him: he understood it by playing for the first time in Shenmue.
Previous Coronavirus in Europe. More infection records are set
Next FC Barcelona player, the transfer goal of Real Madrid. The “Royal” want to get him for free