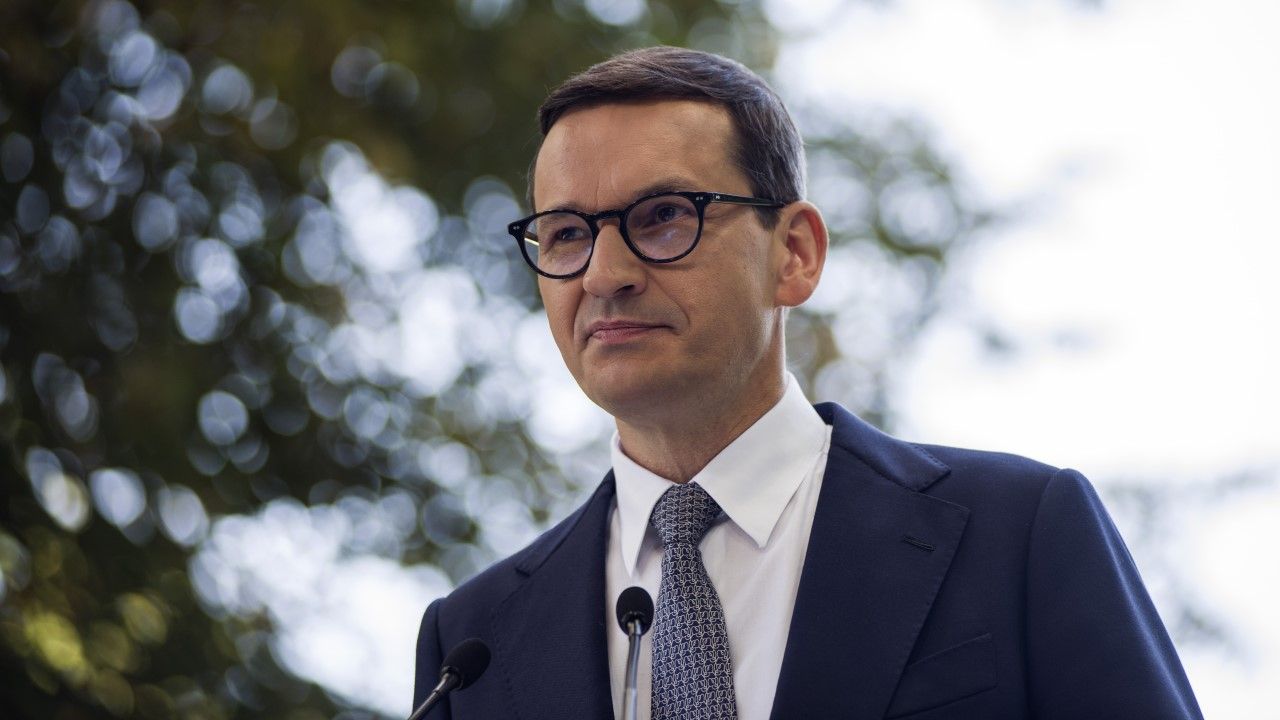 We show that we are defending the eastern flank of NATO and the European Union, said Prime Minister Mateusz Morawiecki in an interview for the French daily Le Figaro. Referring to the issue of the penalty imposed on Poland by the CJEU, he stressed that “the EU has gone beyond its prerogatives”.

Prime Minister Morawiecki, when asked about the topics of the talks with President Emmanuel Macron on Wednesday in Paris, replied that he pointed to the problems that destabilize Eastern Europe and constitute a dangerous puzzle (geopolitical).

They are: human trafficking by Alyaksandr Lukashenka, who brings illegal immigrants to Belarus from the Middle East countries and then tries to push them across the Polish border; strengthening Russia’s military presence around Ukraine and Ukraine’s energy deficit (gas, oil and coal).

“Another hot spot is Moldova and the recent Russian energy blackmail as well as Russia’s propaganda war with the West, accompanied by numerous secret cyber attacks,” the prime minister enumerated.

“You can see that Putin is trying to mobilize his public opinion around external enemies and rebuild Greater Russia today,” Morawiecki said.

The Prime Minister informed that during the meeting with President Macron he did not raise the issue of financing the wall on the Polish-Belarusian border, because in his opinion “today the main challenge is to develop a common policy for a united Europe” in the face of the dangers.

Putin accuses and attacks Poland: Stop escalating the situation on the border

In a telephone conversation with the President of the European Council Charles Michel, Russian President Vladimir Putin said on Wednesday that the EU should …

“We show that we are doing our job, that we defend the eastern flank of NATO and the European Union. I think it would simply be a 50-50 split in financing the wall between Poland and the EU. Our border is quite tight and we tighten it even more. We showed Lukashenka that he would not be able to blackmail Europe, ”announced Prime Minister Morawiecki.

When asked about the penalty imposed on Poland by the Court of Justice of the European Union (CJEU) in the amount of EUR 1 million a day, the Prime Minister replied that Poland will not pay it because “the EU has gone beyond its prerogatives”.

“It is an organization that can only decide on matters entrusted to it by sovereign states. For decades this has been clear to everyone, but, as is often the case, the institutions want to increase their powers. The EP, the CJEU and the European Commission want to increase their powers. That’s why they say they can decide things that are not in the treaties, ”he explained.

The head of government emphasized that art. 5 of the Lisbon Treaty stipulates that all competences not conferred on the EU by the treaties fall within the competences of the Member States and that no legal text, even a European one, may be more important than the constitution.

“Many constitutional tribunals in the Member States, starting with Germany, are of the same opinion,” concluded the Prime Minister, pointing out that the European Commission is trying to blackmail Poland and wants to block its European funds.

Jansza: The EU should support and subsidize countries that defend the Schengen border [WIDEO]

Slovenia condemns the operation of the Belarusian regime, which uses people to achieve political goals and attempts to destabilize the situation in …

“We will not give in to this blackmail. The only reason we are still talking to them is that we want to preserve the unity of the EUand also because we planned important elements of our judicial reform a year ago. And this plan included the dismantling of the Disciplinary Chamber, ”said Morawiecki.

The Prime Minister assured that Poland had the support of the Visegrad Group and that support for its position in Europe was growing. “We are at a turning point in the history of the EU,” stressed the head of government.

This was also – in his opinion – “the spirit of the French and Dutch referenda”. The French and the Dutch clearly rejected the model of a federal Europe. “Today we see the institutions taking de facto new powers without changing the treaties. We do not agree with this, said the prime minister.

Asked whether there is a hegemonic German policy in Europe, Morawiecki noted that his friend Michel Barnier (former French foreign minister and former member of the European Commission) said this recently in an interview with the Financial Times. “The Nord Stream 2 gas pipeline was supposed to serve German purposes, but at the moment it is a tool in Putin’s hands to blackmail Europe and exclude Ukraine from the pipeline system” – stressed the prime minister.

When asked why Poland could not improve its relations with Moscow and whether he felt threatened by Russia, Morawiecki replied that he would like to cooperate with Russia.

Today, the regime of Alyaksandr Lukashenka has faced strong resistance and has rebounded off the eastern border of the European Union, but the pressure of challenges it must …

When asked about integrating Ukraine with NATO, the Prime Minister replied that “Ukraine has many other steps to take before joining NATO or the EU”.

“I would like Ukraine to focus on development and prosperity and I would not like it to be in conflict with the Russians. I think Russians should see China as their toughest challenge for the coming decades, if not a century . The Russians should be with us in this challenge and stop interfering in the affairs of their neighbors, said the Prime Minister.

When asked about armaments contracts and Poland’s foreign policy, which in the opinion of Le Figaro focuses more on relations with the US and not with France, the prime minister stated that “Poland is as pro-European as it is pro-American.”

“We would like to maintain transatlantic unity. We really like working with Americans, but also with the French. Together with President Macron, we have already started a new era of mutual cooperation. I can tell you today that we will work very closely with France in the field of defense and also in the field of nuclear energy “- summed up Mateusz Morawiecki.

Videogames entered his life in the late '80s, at the time of the first meeting with Super Mario Bros, and even today they make it a permanent part, after almost 30 years. Pros and defects: he manages to finish Super Mario Bros in less than 5 minutes but he has never finished Final Fight with a credit ... he's still trying.
Previous Vive – Barcelona. Another victory for Vive Kielce, expressive words of the coach. LM
Next The Snapdragon 8 Gen1 is as strong as the turn! We have a record in AnTuTu