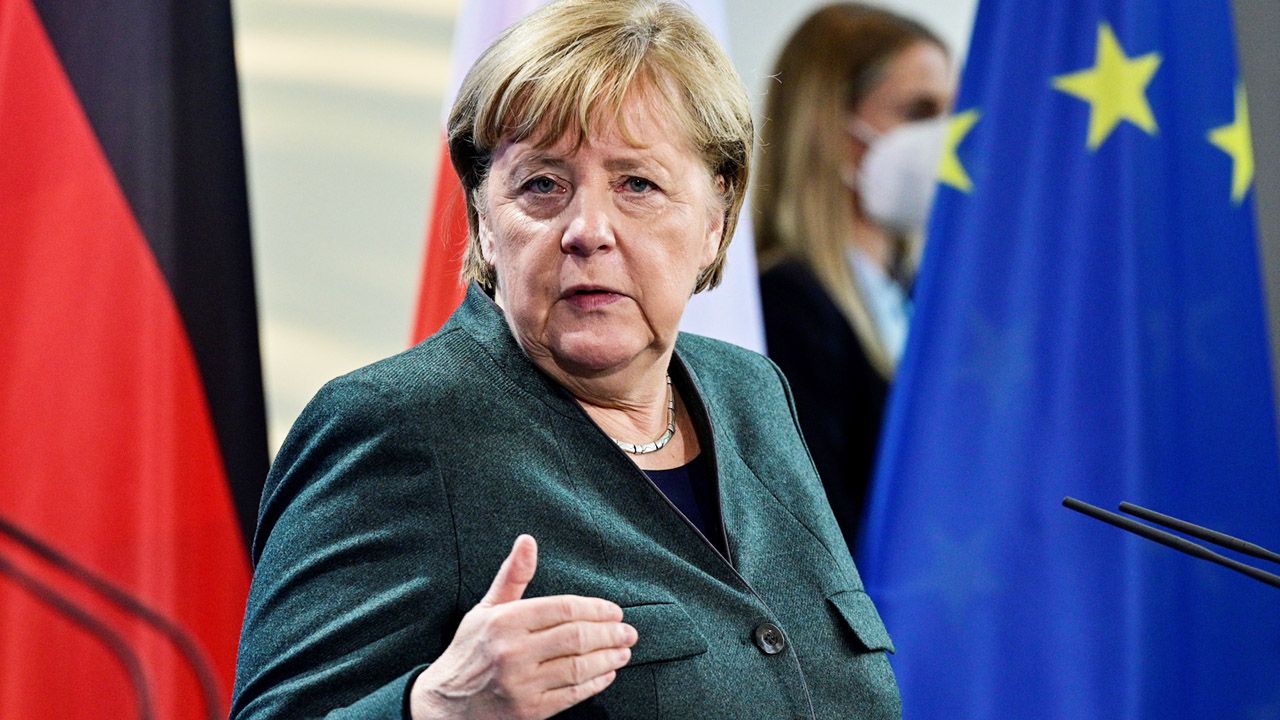 Prime Minister Mateusz Morawiecki met with Chancellor Angela Merkel. The head of the German government is counting on Vladimir Putin

“Putin has to explain to Lukashenka that people cannot be used as weapons in a hybrid war,” said German Chancellor Angela Merkel. The outgoing head of the federal government added that “we must always be open to dialogue.” However, she declared “full solidarity with the Prime Minister of the Republic of Poland with regard to the situation on the Polish-Belarusian border”. She stressed that the consequence of the “escalation of the situation around Ukraine” would be “further sanctions”.

The EU decides to impose severe sanctions on Belarus. “They must be aware of the consequences”

Brussels proposed to create a blacklist of carriers that facilitate smuggling of people into the EU. Powerful companies like …

Angela Merkel at a joint conference with Mateusz Morawiecki in Berlin emphasized that Belarus, in the spirit of a hybrid attack, lured migrants and wants to destabilize not only Poland, but the entire European Union.

– Therefore, on the one hand, full solidarity towards Poland, and on the other – a clear message that we are dealing here with a topic between the EU and Belarus, and that everything that happens at the bilateral level must be strictly agreed and consulted. This was also the case with my telephone conversations with Lukashenka, I also talked to the Polish prime minister on this subject, she emphasized.

The German Chancellor stressed that in this situation it is about people – that they would have decent help and care and could return to their countries of origin. As she added, she also discussed the humanitarian situation on the Polish side with the Polish prime minister.

Merkel said the conversation also concerned the extent to which this situation is related to Russia. – We know that Lukashenka and President Putin have very close relations. That is why I also talked to the Russian president about this situation, she said.

“It must be made clear that humans must not be used for such hybrid purposes,” said the German chancellor.

Merkel believes that the EU should be prepared to introduce further sanctions against Russia if the situation on the Polish border with Belarus escalates, but also “in and around eastern Ukraine”.

“Any further aggression against Ukraine’s sovereignty would come at a high price,” she said.

Videogames entered his life in the late '80s, at the time of the first meeting with Super Mario Bros, and even today they make it a permanent part, after almost 30 years. Pros and defects: he manages to finish Super Mario Bros in less than 5 minutes but he has never finished Final Fight with a credit ... he's still trying.
Previous Austria Vienna on the brink of collapse. Will she be saved by … a star of Real Madrid?
Next Polish women were promoted to the position of a leader. This is what the table of el group looks like. M¦ Polish national team