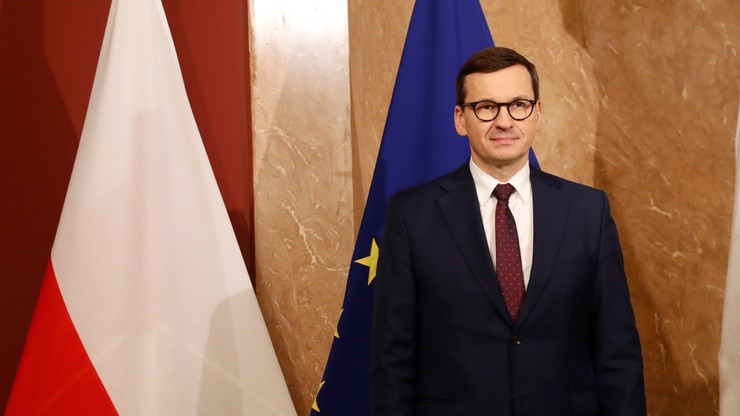 Prime Minister Mateusz Morawiecki: The fourth wave of the pandemic will be of a prolonged nature

The head of government was asked at a press conference about the government’s strategy for the fourth wave of the pandemic and why restrictions for unvaccinated people were not introduced.

SEE: France. Unvaccinated, incl. from Poland must complete the text within 24 hours. before the trip

The prime minister indicated that the fourth wave of the pandemic would be of a prolonged nature, but with a smaller number of deaths. He pointed out that there are fewer and fewer infections in the Podlaskie and Lubelskie voivodships. – There is hope that in two weeks the wave will start to fall in other voivodships as well – he added.

Morawiecki emphasized that the efficiency of the health system has its limits, and unvaccinated people get sick much more severely and die from COVID-19 much more often.

– Vaccinations are a boon of science, they changed the history of mankind (…). If we want to take care – and we should – about our health and the health of our loved ones, let us bear in mind that a tragedy may happen to us if we are not vaccinated – said Morawiecki.

The rulers will meet the opposition

– As for the development of a common model for unvaccinated people, we want to discuss this problem with the opposition parties soon, so as to be clear whether the proposed project will have a majority to implement it. In this project, among others the point is that it is possible to verify whether the employee is vaccinated, stressed the Prime Minister.

The Marshal of the Sejm, Elżbieta Witek announced on Monday that she had invited for Wednesday at 12 “heads of clubs and parliamentary circles for a conversation on going beyond the divisions with the project on the verification of vaccination of employees”.

Law and Justice deputies Czesław Hoc and Paweł Rychlik announced on Wednesday that a parliamentary bill would be sent to the Sejm that would allow employers to verify whether an employee is vaccinated against COVID-19. According to the draft regulations, if an employee is not vaccinated, the entrepreneur will be able to reorganize the work, e.g. transfer such an employee to a department where he will not be in contact with customers.

Health Minister Adam Niedzielski wrote on Twitter on Sunday that the Hoca project treats COVID-19 vaccination, coronavirus testing and convalescent status equally. “This means that unvaccinated people will be able to confirm their epidemic safety with a test,” wrote the head of the Ministry of Health

When asked on Monday in Polsat News about the possibility of introducing regional restrictions, Müller said that any such decision has consequences in various respects. – So, for example, lockdowns are associated with economic restrictions, negative economic effects – emphasized the government spokesman.

SEE: The border with Belarus. Mateusz Morawiecki warns. “This is a red alert for Europe”

– If we introduce restrictions, it will be in places where the health care system is actually inefficient. There are places that already pose such risks – he emphasized.

“And then it will be the case that the limits that apply do not apply to those who are vaccinated,” he explained. He stressed that such rules are also included in the applicable regulations. – Some people forget about it because these limits (currently – ed.) Are relatively high, so there is no such noticeable limitation – added Müller.

Videogames entered his life in the late '80s, at the time of the first meeting with Super Mario Bros, and even today they make it a permanent part, after almost 30 years. Pros and defects: he manages to finish Super Mario Bros in less than 5 minutes but he has never finished Final Fight with a credit ... he's still trying.
Previous Hyballa was kicked out of the club after seven games! Former Vistula coach breaks records Football
Next Qualcomm confirms the name of Snapdragon 8 Gen1. The premiere of the flagship SoC for smartphones on November 30