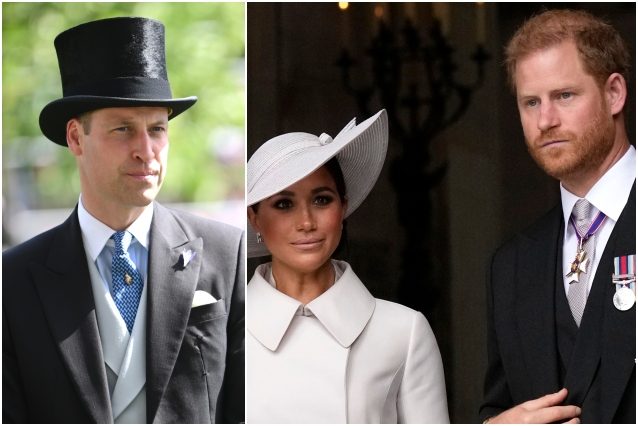 On William of England’s 40th birthday, there are thousands of posts dedicated to him, including those of Queen Elizabeth and father Charles. No trace, however, of Harry and Meghan’s best wishes.

The relationship between William and Harry, sons of Carlo and Lady Diana once indissoluble. On the 40th birthday of the eldest of the two, the other has lost track of him. No official birthday messages from Harry and Meghan have arrived to celebrate William’s 40th birthday. Unlike what Queen Elizabeth and father Charles did, the dukes of Sussex preferred to walk the path of silence.

Elizabeth II, sovereign of the United Kingdom, sent his birthday wishes to his nephew with a message posted on social networks. “Happy birthday to the Duke of Cambridge”, Reads the post published on the official Instagram account of the British royal family, a post in which a biography of the heir to the throne appears and some of his most beautiful photos. Also Carlo and Camilla they sent their wishes to William officially, with a post published on Instagram. “We wish the Duke of Cambridge a happy 40th birthday”, Is the caption that accompanies some of the symbolic photos of Carlo’s relationship with his eldest son.

The last official meeting between William and Harry

Harry and Willaim met in public recently, on the occasion of the Queen’s Jubilee. But between the two brothers there was no glance or nod of understanding. Harry and wife Meghan Markle sat apart from the royal family, probably in order to avoid attracting general attention. It seems that the distance between the children of Lady Diana has widened when the dukes of Sussex have sent an invitation to the dukes of Cambridge to participate in the party organized to celebrate the first year of Lilibet, second child of Harry and Meghan. William and Kate, still furious about the scandalous interview with Oprah Winfrey, would have deserted the invitation. And between the two brothers the distance has grown again.

Harry and Meghan protagonists of a docuseries for Netflix

David Martin is the lead editor for Spark Chronicles. David has been working as a freelance journalist.
Previous Made in Brazil: DJ Curol debuts on British BBC Radio 1
Next VIDEO: Cristiano Ronaldo ‘humiliates’ rival who never won and becomes a joke in the locker room