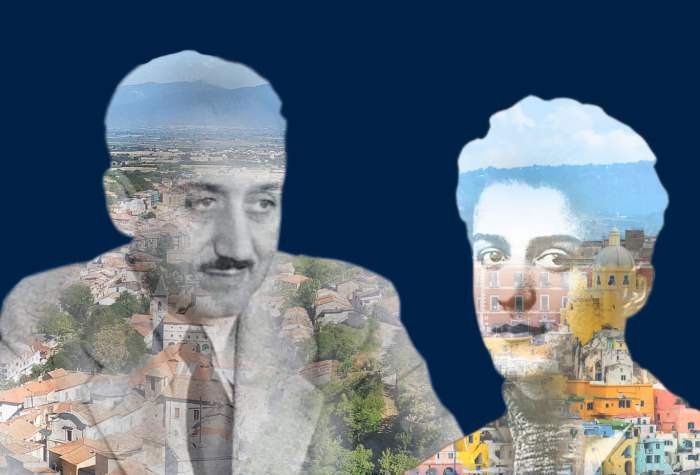 Procida, the Italian capital of culture, and the town of Pescina, in Abruzzo, meet in the name of the Tranquilli brothers, Secondino and Romolo, “linked in the bones, in the arteries, in the bowels, one with the other”.

On the ninetieth anniversary of the death of Romulus, who disappeared in the prison of Palazzo d’Avalos on 27 October 1932, a series of appointments – scheduled on the island for Thursday 27 and Friday 28 October – will retrace – together with that of his more famous brother, journalist and writer, anti-fascist exile for a long time, author of the famous “Fontamara”, a novel denouncing the social oppression of the lower classes – the in some ways less known story of Romulus: he was arrested in 1929, unjustly accused of the assassination attempt on King Vittorio Emanuele III , which cost the lives of 20 people. The trial ended with a sentence in which the young man was acquitted of the charge of massacre: he escaped being shot but not sentenced to 12 years’ imprisonment and 3 years of special vigilance for instigating the press, being a typographer, for being a member of the PCI and for use of fake identity card. During the period of the investigation at the “Regina Coeli” in Rome, while awaiting trial, he was hit in the chest and behind the back with sandbags to weaken his physical and mental resistance and force him to “confess”: when he entered the penitentiary of Procida, her lungs were in pieces. His ordeal ended when he was just 28, thanks to the tortures suffered during the police investigation: his remains were scattered in an unidentified mass grave in the current Procida cemetery.

“We felt it was our duty to pay the right tribute to the memory of Romolo Tranquilli in the year in which Procida is the Italian Capital of Culture”, underlines the vice president of the municipal council of Procida, Louis Primary, among the drivers of the initiative. Particularly today Thursday 27 October the traveling exhibition “Art is a wild flower, love freedom. The man, the writer, the intellectual” (12.00, Palazzo d’Avalos) and the unveiling of a plaque dedicated to Romulus in the cemetery of Procida (3.00 pm). And again: the Pius XII room of the sanctuary of San Giuseppe, in Marina Chiaiolella, hosts the exhibition “Proiezioni siloniane. Rereading of an artist between collage and Chinese shadows “, created by the artist Eliseo Parisse (opening at 5pm) and a conference with institutional and historical guests (council chamber of the Municipality of Procida, at 6.30pm, with screening of the docufilm “The young Silone” ). Tomorrow vfriday 28 appointment at 10 with the students of the Capraro comprehensive institute and, at 18, in the Sanctuary of San Giuseppe the presentation of the book “The dolphin jump” by Enrico Magnano (La Torretta Editore). To close the two days, in the same location, the concert “An incorrupt heart, Silone the man”, by the trio “La scala di seta”, with Bianca D’Amore (Soprano), Donato Angelosante jr (narrator) and Sabrina Cardone (pianist).