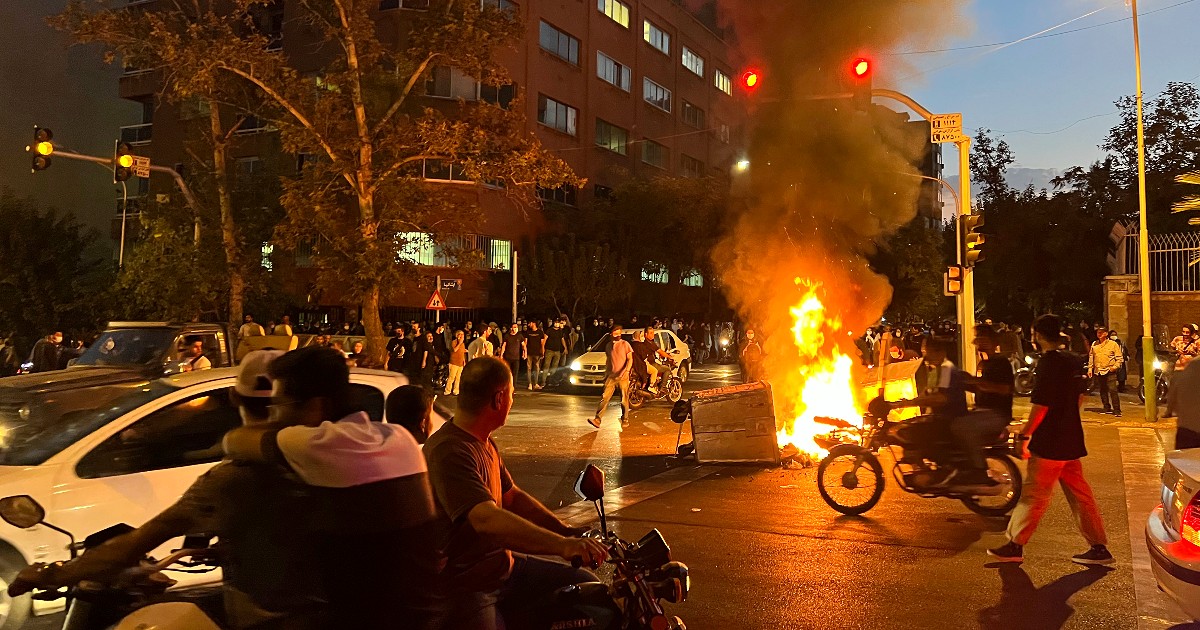 Protests in different areas of Iran, “shooting against the crowd in the city of Mahsa Amini”. Tehran blocks the internet in Kurdistan

The street demonstrations in all Iran forty days after the death of Mahsa Aminithe 22-year-old who died after being arrested by the religious police because she badly wore the veil, have turned into yet another episode of repression by the security forces of the Islamic Republic. This time the most serious incidents occurred, according to what he writes on Twitter Hengawan independent organization that deals with human rights violations, in Zindan Square (Baneh) a Saqqezin the Iranian Kurdistan, the hometown of the girl, symbol of the riots. The security forces, it says, fired tear gas and bullets on the crowd to suppress proofs. Episode not yet verifiable, given that the regime has blocked internet throughout the area, making it difficult to spread videos and messages online.

The demonstrations, however, were held in several Iranian cities, from the capital Tehran as far as Karaj, Kermanshah, Sanandaj, Shiraz, Ahvaz, Mashhad And Isfahan. In Saqqez, before the alleged clashes, thousands of people had tried to reach the cemetery where Amini is buried on foot or by car: “Down with the dictator”, “Kurdistan, the tomb of the fascists”, “women, life, freedom” and “We are all Mahsa, you fought and we will fight too”, were some of the slogan shouted by demonstrators who went to the tomb on foot, after threats from the government to close the roads leading to the cemetery to avoid protests. In other cities, the protests were also attended by students university and shopkeepers of the markets that for weeks had protested by striking. But also i doctors they took to the streets in Tehran, with the police repelling them with tear gas: the doctors protested against the presence of security forces in the hospitals where injured demonstrators are treated. Slogans against the Supreme Leader of Iran, Ayatollah Ali Khameneiwere shouted during the demonstrations in which also women without headscarves participated, while images of the Iranian leader were burned in some universities and on the streets of some cities.

She also symbolically joined the protest Elnaz Rekabi, the climber who ended up under house arrest once she returned to Tehran last week after competing without a veil at the Asian Championships in South Korea. On her Instagram profile she wrote that “these days my heroes are people who pay a high price for have a normal life. Having a safe, normal and free life is a right of all human beings ”. Alongside the message, Rekabi published a photograph of Mahsa Amini.

After the Tehran government on Tuesday specified the reasons for the arrest of the French group which occurred in conjunction with that of Alessia Pipernostating that they were spies, today news spread on social networks and yet to be verified would also confirm the detention of another European who has been missing for three weeks, the 40-year-old Spanish trekker Santiago Sánchez, disappeared after arriving in Iraqi Kurdistan from where he was supposed to enter the country of the ayatollahs. The man, a former military man of Madridhe was on a walking trip from his country to Qatar for the World Cup. According to media rumors, Sanchez was transferred to Tehran while, for now, there have been no official reactions.

Videogames entered his life in the late '80s, at the time of the first meeting with Super Mario Bros, and even today they make it a permanent part, after almost 30 years. Pros and defects: he manages to finish Super Mario Bros in less than 5 minutes but he has never finished Final Fight with a credit ... he's still trying.
Previous Chaos Juve, Andrea Agnelli can also pay: in the centenary year he is not the only possible Agnelli | First page
Next Tottenham-Sporting, furious Count: “This time the Var did damage, the club must make itself heard”