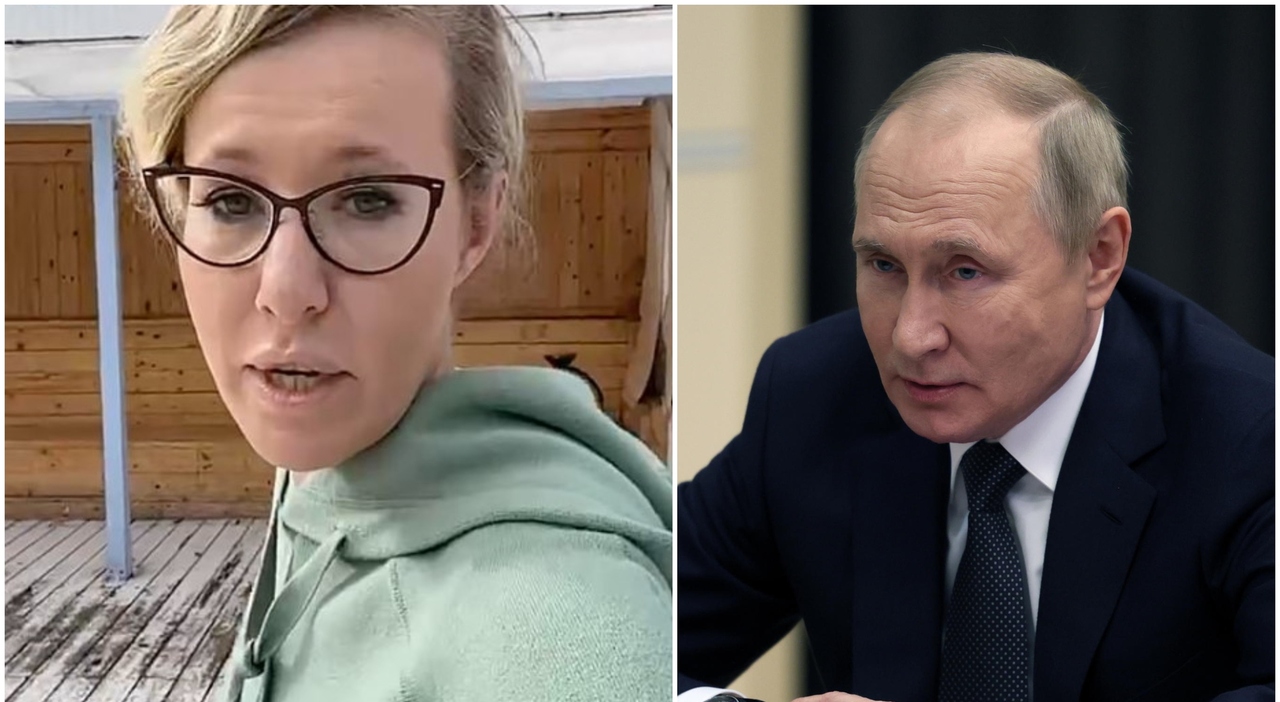 Putin, the “Russian Paris Hilton” goddaughter mocks the police and flees Moscow: “She is a foreign agent”

She ran away from Russia and arrived in neighboring Lithuania Ksenia Sobchakthe daughter of the political mentor of Vladimir Putin. She announced a source of the Lithuanian border guards: “she arrived in Lithuania with an Israeli passport”, the information leaked. The woman, forty, “fled Russia in the night” by passing through Belarus to enter Lithuania. On the morning of the escape, the Moscow home of Ksenia Sobchak – a celebrity in her country, first known as the “Paris Hilton Russian ”and later became a television journalist – she was searched. She is somewhat considered the goddaughter of the tsar.

In the video with images taken by surveillance cameras circulating on social media, Ksenia Sobchak is seen entering Lithuania on foot across the border with Belarus. The movie consists of three parts. In the first, the woman approaches a border control post, accompanied by a man. In the second part we see the control of a passport. In the third fragment the woman leaves the border post accompanied by two people in uniform (both with green hats), probably on the Lithuanian side. Ksenia Sobchak is the daughter of Anatoly Sobchak, professor of law and mentor of Putin, the first democratically elected mayor of St. Petersburg to whom the current president acted as vine in the 1990s. The two are very close, and for a long time, so much so that Putin was the godfather at Ksenia’s baptism, she became a reality star with 9.4 million followers on Instagram. She later tried to get rid of this image. She got involved in politics by participating in the protests against Putin in 2011-2012, reinventing herself as a television journalist and activist.

However, many members of the Russian opposition accused her of being functional to the Kremlin’s strategies as when, in 2018, she ran for the presidential elections, endorsing, according to critics, the idea of ​​a democratic consultation. Between her and Putin there was also a face-to-face debate, which for the detractors would have cloaked the electoral campaign in democracy. Opposition leader Alexei Navalny accused her of discrediting the opposition by participating in the elections. In recent months, the woman had repeatedly criticized the Russian military intervention in Ukraine on her Youtube channel, hence the investigation into alleged “spreading of falsehoods about government agencies” on a media channel. The head of the Public Committee for the detection of foreign interventions, Aleksandr Ionov, said that a check is underway to see if Sobchak has received foreign funding. His online news portal Ostorozhno Novosti is also under investigation. Russian media reported that the woman’s apartment was raided Wednesday morning as part of an investigation in which the woman is accused of extortion. The circle was closing and Ksenia fled. From the news that she filtered, she allegedly bought plane tickets to divert the police who were waiting for her at the Vnukovo-3 airport in Moscow, from where she was supposed to leave. The police were ordered to detain Sobchak, “but she managed to escape,” a source told Tass. “You left Moscow at night. She entered Lithuania through Belarus ». Ionov announced that “if foreign funding is found in her favor, Ksenia Sobchak will be declared a foreign agent. The prison sentence, for this charge, ranges from seven to fifteen years “.

Videogames entered his life in the late '80s, at the time of the first meeting with Super Mario Bros, and even today they make it a permanent part, after almost 30 years. Pros and defects: he manages to finish Super Mario Bros in less than 5 minutes but he has never finished Final Fight with a credit ... he's still trying.
Previous “Juve and Milan had to win”
Next Lily Collins, all about the Emily in Paris actress. Video