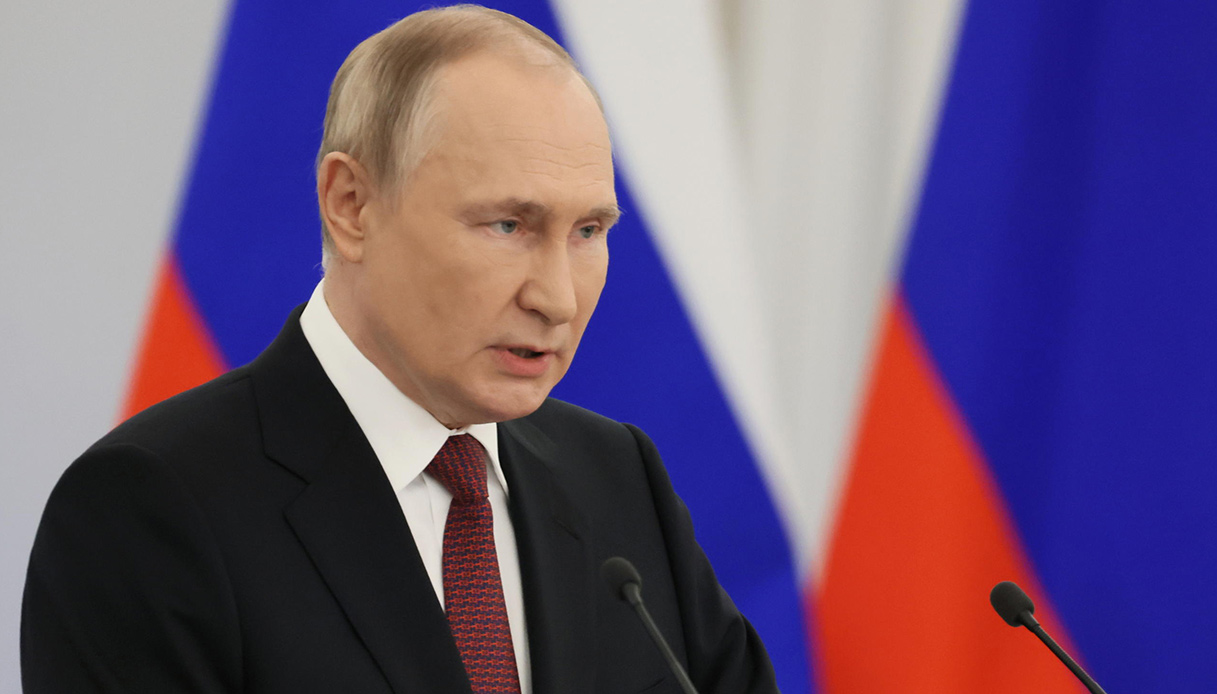 Vladimir Putin signed the documents for theannexation of the four regions of Eastern and Southern Ukraine. Throwing another gauntlet to the international community. The new move by the Russian president could drag the world into a new war fought with nuclear weapons. After 77 years, the launch of an atomic bomb is scary again. The alarm is raised by political scientists and experts from all over the world, who explain the real plan of the Tsar after the referendums piloted to bring the regions of Donetsk, Lugansk, Kherson And Zaporizhzhia. Which is certainly not about the union of ethnic Russian populations under a single flag.

Last Friday Vladimir Putin spoke about the United States and the bombing of Hiroshima And Nagasaki, the great precedent of the use of the atomic bomb. With Ukrainian troops in the territories annexed to Russia, the president could shout for the attack of a foreign country on the own national territory and, as Washington did in World War II after the events of Pearl Harbor, dropping bombs on the enemy as a self-defense strategy.

This is a difficult scenario to implement, but it is also the first time since the end of the Cold War that a power is so close to use nuclear weapons. And the announcements from the Kremlin should be taken seriously by world leaders and not labeled as empty threats.

Jake SullivanUS National Security Advisor, spoke of “consequences catastrophic”Of a possible move by Moscow towards the use of the atomic bomb. Without, however, providing too many details, which instead would have already been communicated to Russia privately. Vladimir Putin’s men would have “understood well what they would face if they had to go down this path”.

Is Vladimir Putin really ready for anything to win the war in Ukraine?

The annexation and the new mobilization of reservists, which caused the mass flight from Moscow that we talked about here, appear as a message from the Kremlin to NATO. Russia does not intend to step back, despite continuing to lose territories and men. And will not give up in the face of difficulties, nor will it stand still and watch as the West continues to support Ukraine and its independence.

The Atlanticists count on repelling the new attacks and liberating the invaded country until they get a cease-fire and get to the signature of peace treaties between Moscow and Kiev. But cornered, and about to face a war crimes trial, Vladimir Putin could decide to go all out and drop the atomic bomb on Ukraine. Or even on other countries, guilty of having attacked the new annexed territories.

After the direct attacks on infrastructure and residential areas, and the evidence gathered on the rape and violence perpetrated on civiliansRussia is accused of sabotaging the Nord Streamwhich brings gas from the East to the European Union, bombing the pipeline and creating the cloud of methane that has covered several countries, as explained here, and which risks triggering a climate disaster.

One wonders if Moscow could therefore get to seriously launch the bomb atomic. There are no certain answers to the doubts of the international community, also considering that Vladimir Putin has surprised other countries several times, and his own allies such as India and China, which are now beginning to distance themselves from him and from his work.

Six sabotage and the mobilizations fail, the Kremlin could actually use nuclear weapons. Unlikely to do this on a Western capital. Despite the threats to this effect, especially against London and Berlin, attacking a European or American city would be tantamount to unleashing the Third World war. Better to hit a strategic infrastructure, such as Nord Stream.

More likely, however, that Vladimir Putin decides to drop the atomic bomb on Ukraine. Maybe about Kiev. Even this gesture, however, would push other countries to declare war on the dictator. With hardly imaginable consequences on balances global. We talked to you here about what could happen if Russia uses nuclear weapons.

Videogames entered his life in the late '80s, at the time of the first meeting with Super Mario Bros, and even today they make it a permanent part, after almost 30 years. Pros and defects: he manages to finish Super Mario Bros in less than 5 minutes but he has never finished Final Fight with a credit ... he's still trying.
Previous Lung cancer, the first screening of over 7300 heavy smokers starts – Healthcare
Next “We were stronger than Inter”