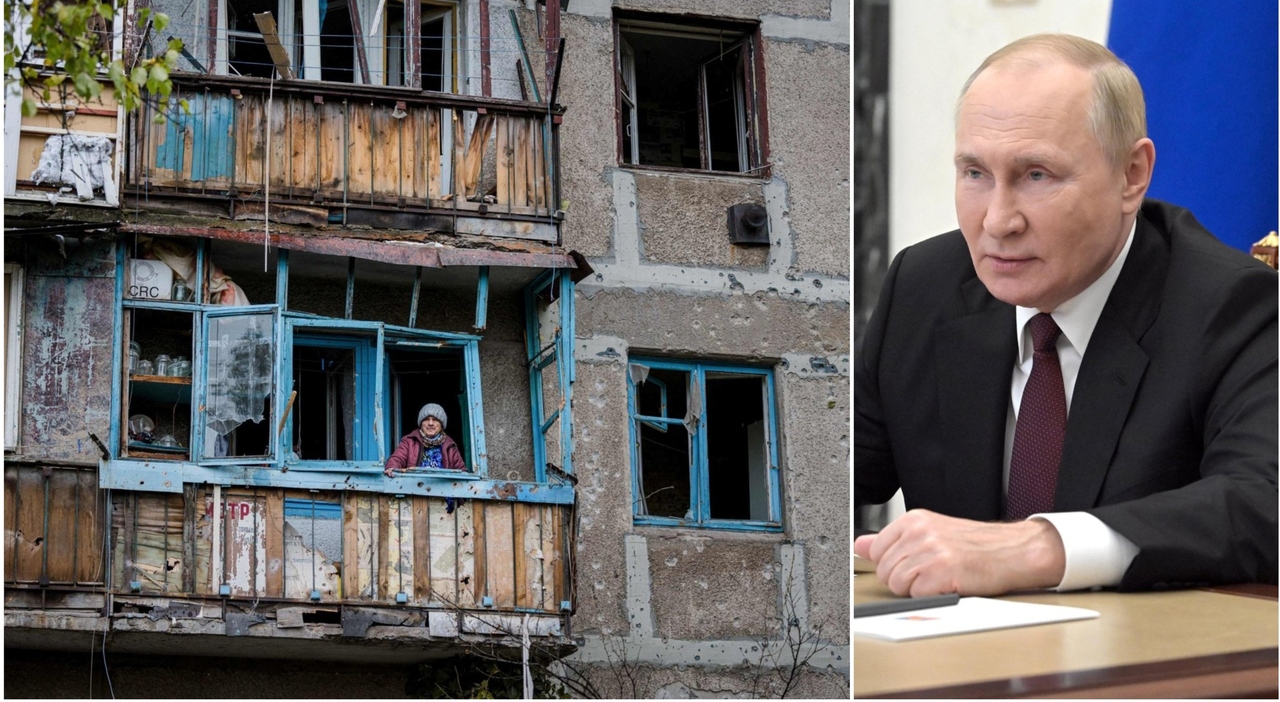 Putin wants to conquer Bakhmut at all costs, that’s why it is a “strategic city”

“This is where the madness of the Russian command is most evident. Day after day, for months, they have led people to die, concentrating the maximum intensity of artillery shells on the spot ». Thus Ukrainian President Volodymyr Zelensky commented on the attempts carried out by the Moscow forces to take control of Bakhmut, Ukrainian city in the Donetsk region. For months Bakhmut has been besieged by the Russians: they have destroyed infrastructures and buildings leaving the population without electricity, water and heating.

The battle for control of Bakhmut

As reported by Oleksiy Arestovych, Zelensky’s adviser: “one day, during the morning alone, the Russian forces launched eight separate attacks on Bakhmut and were repelled each time”. Forced to retreat to both the north and south of Ukraine, the Russians made every effort to take full control of the city. Despite the attacks, Ukrainian soldiers, as Zelensky pointed out, are “strengthening our positions everywhere on the front, reducing the capacity of the occupiers, destroying their logistics and paving the way for the announcement of good news for Ukraine”.

Bakhmut, once inhabited by 70,000 people, is now almost a ghost town, populated only by those who do not want or cannot leave. A crucial place for the Kremlin, a strategic gateway to cities like Slovyansk and Kramatorsk. But Bakhmut would also be the testimony that Moscow is not in difficulty and that Putin’s “special operation” is moving forward. A success in the war against Ukraine to be proclaimed at home. It is not easy to predict whether the Ukrainians will be able to recapture all the occupied territories but it is certain that Kiev’s troops are catching up on the eastern front while the Russians are forced to retreat.

The alarm for the Zaporizhzhia nuclear power plant

Meanwhile, it is alarm also on Zaporizhzhia: the General Staff of the Ukrainian Armed Forces does not exclude that the Russians may resort to explosions of the nuclear power plant “to permanently disable it and cause a disaster by blaming Ukraine”. This is what Ukrainska Pravda reports, adding that according to Brigadier General Alexei Gromov it is possible that “the occupiers could organize explosions at the Zaporizhzhia nuclear power plant and cause another crime against humanity”.

Videogames entered his life in the late '80s, at the time of the first meeting with Super Mario Bros, and even today they make it a permanent part, after almost 30 years. Pros and defects: he manages to finish Super Mario Bros in less than 5 minutes but he has never finished Final Fight with a credit ... he's still trying.
Previous Rafael Leao, the chorus of the fans and that hand on the heart
Next “The script was really good”