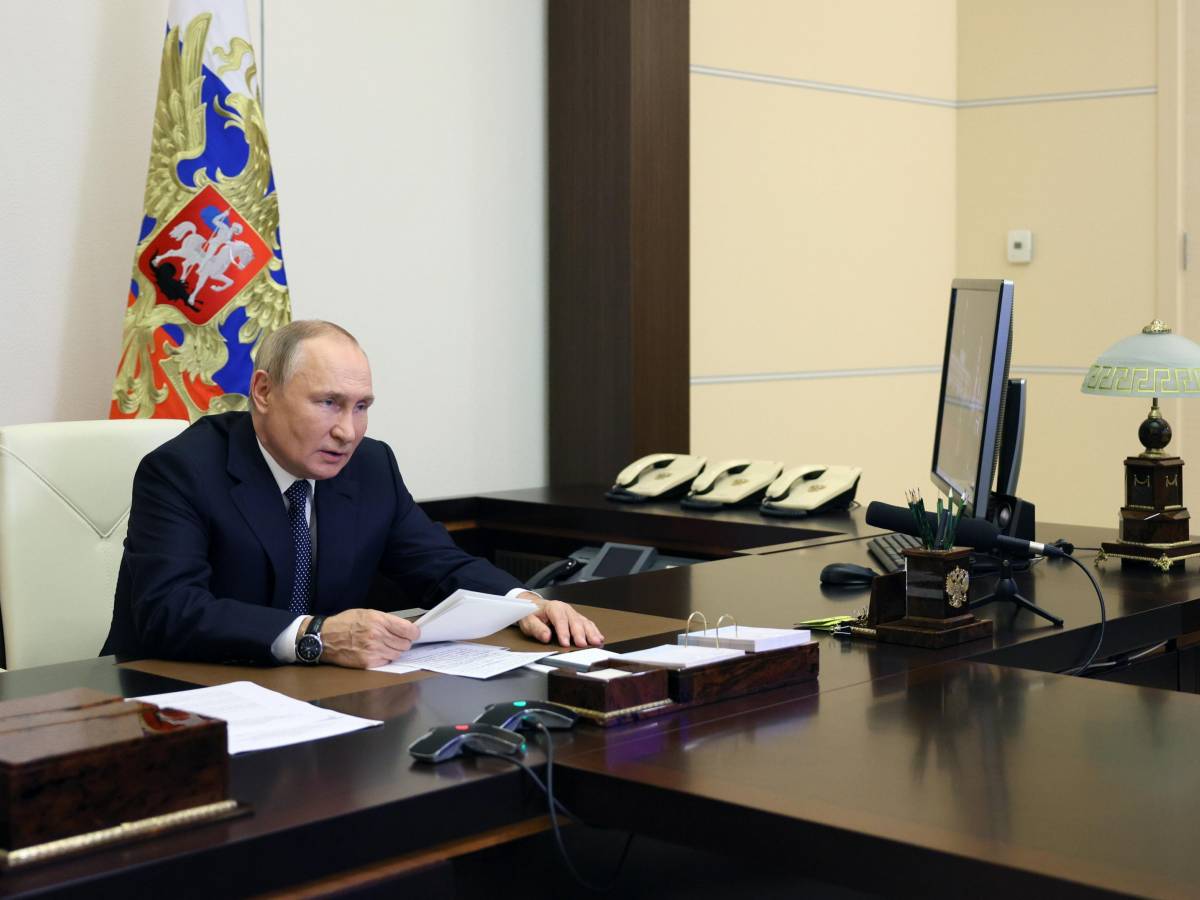 Putin’s promise: “What will happen to the annexed territories”

Vladimir Putin appeared on TV again. But this time not for a speech to the nation, although obviously his words reached every corner of the Russian federation. The Kremlin leader spoke to a group of teachers and his sentences were broadcast live. In this way, it was possible to know the position of the Russian president in the aftermath of a new defeat on the field of his troops, this time on the front of Kherson.

“Amendments to the mobilization decree”

Ukraine and the world of education apparently appear unrelated. But Putin used this opportunity to announce changes to the decree on mobilizationsigned in September, introducing exemptions for recent graduates.

Therefore, those who, despite having the requisites provided for by the decree, have recently graduated or are enrolled in accredited and recognized private universities must not enroll. An enlargement therefore of the audience of the boys to be exempted. Until now, only students enrolled in public universities were exempted. Perhaps the signal aimed at appeasing the discontent among young people emerged immediately after the publication of the decree on mobilization.

“Donbass? The situation will soon be in the annexed areas and will stabilize “

But Vladimir Putin wanted to devote an important part of his speech to the situation in eastern Ukraine. Here the Russians, even after announcing the annexation of at least four currently occupied provinces, are in serious trouble. The Ukrainians are advancing and after the successful September counterattack south of Kharkiv, able today to bring the men of Kiev within walking distance of Severodonetskthere is also a rapid advance in Kherson.

However, the Russian president has been optimistic about the future of the regions in question.“The situation in the four Ukrainian regions declared annexed by Russia will stabilize over time – is the conviction expressed by Putin – We are working on the assumption that the situation will be stabilized, we can develop those territories calmly”.

A stabilization, judging from the words of the Russian president, understood in an economic key. No references were made to the military situation, which is far from being stabilized at the moment.

“The referendums will not be questioned”

Also because for Putin the annexation remains an established fact and not to be questioned. He reiterated this during the meeting with the teachers.“The results of the referendums in favor of the annexation to Moscow of the four Ukrainian regions of Donetsk, Lugansk, Kherson and Zaporizhzhia – said the Russian president – will not be questioned because the consultations were perfectly transparent, convincing and objective”.

Just today his spokesperson, Dmitry Peskov, during a meeting with journalists clarified some details on the legal position expressed by Moscow regarding the status of the annexed territories. In particular, the territories conquered by 30 September last are already annexed. The areas no longer occupied by the Russians or still to be conquered, within the territory of the oblasts incorporated by Moscow, will have to be conquered in the future. It is therefore clear that Russia does not want to give up the annexed areas.

Videogames entered his life in the late '80s, at the time of the first meeting with Super Mario Bros, and even today they make it a permanent part, after almost 30 years. Pros and defects: he manages to finish Super Mario Bros in less than 5 minutes but he has never finished Final Fight with a credit ... he's still trying.
Previous Triple bill, Varese entrepreneur has to pay 2.5 million. The prefect writes to the Government: “Worrying situation”
Next Juve-Maccabi, Rabiot double: “Allegri trusts him because I give 100%”