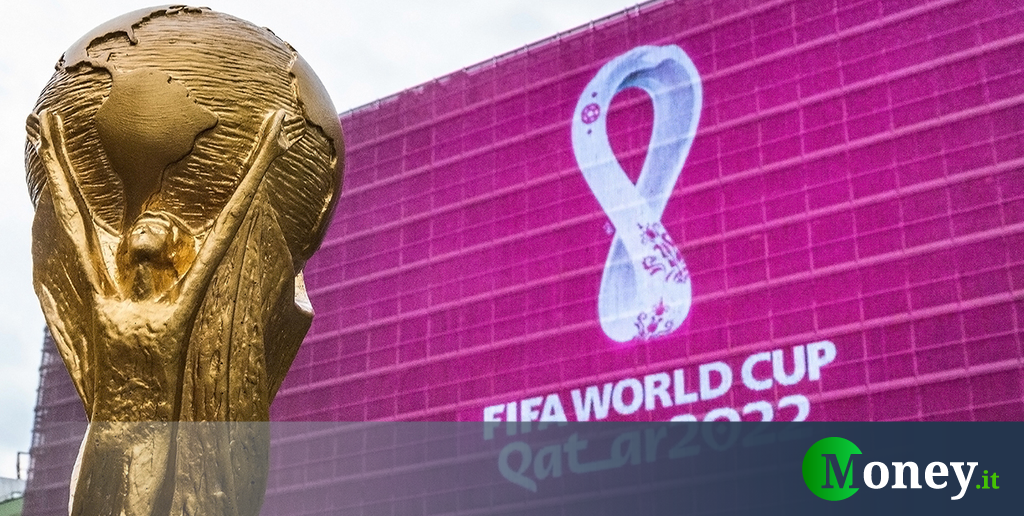 Qatar 2022 World Cup, the prize pool: how much the winner earns

How much does the winner of the 2022 World Cup earn?? A more than legitimate question given that the edition in progress in Qatar is the richest in the history of the world competition. For France or Argentina, the two national teams that will play in the World Cup final, record takings are therefore expected.

Of course when it comes to the World Cup the most important aspect is that of glory, but the jackpot available to the 32 participating national teams it will certainly be very convenient for the various federations.

If on the one hand the Champions League prize pool is vital for most of the top European clubs, the money that the federations will collect will be used to finance the development of football in their respective countries.

So let’s see how much the national team that will win the 2022 World Cup can earn, also taking a look at all the awards which are up for grabs in Qatar for what is the richest edition ever.

The prize money of the 2022 World Cup in Qatar

The jackpot total up for grabs at World Cup 2022 in Qatar and of 440 million dollars. This was announced by the fifa in its annual report published in 2020. Compared to the 2018 edition which took place in Russia, this is an increase of more than 20%.

These are in detail all the cash prizes reserved for the 32 national teams that took part in the 2022 World Cup, with Fifa also giving each participant a $1.5 million bonus to cover preparation costs.

France or Argentina in this way they will be able to secure an authentic treasure trove, but the millions that will also enter the coffers of Croatia and Morocco will be able to further subsidize the football movements in the two countries.

In addition to the various bonuses that each federation agrees with its players based on the result achieved, other bonuses are also up for grabs at the World Cup in Qatar awards such as the Golden Boot, Ballon d’Or, Golden Glove, Best Young Player and All-Star Team.

From clubs to governments: everyone benefits

Fifa then also allocated for the 2022 World Cup $209 million for clubs who have “loaned” their players to their respective national teams: each day spent in the tournament will be compensated with 10,000 dollars.

In total there are 70 players who play in the Italian championships, to be exact 67 in Serie A and 3 in Serie B, who took part in the World Cup in Qatar. To take the lion’s share is the Juventus with 11 engaged members, then Inter and Milan to follow with 7 players.

A lot of money destined for federations and clubs, but the World Cup can also be a boon for the governments of the participating national teams: according to a study by the Dutch bank Abn Ambro, for a country, winning the World Cup can lead to a GDP growth of 0.7%.

We want to do more!

Money.it offers dozens of original news and insights every day.
We are proud of our work, but we would like to do more.

If you appreciate the work we do, we invite you to become an active member of the Money.it community
You will not only have access to exclusive and in-depth content but also a direct line with the editorial staff and the rest of the community.

Finally, you can navigate to Money.it without any invasive advertising

Join ours today community of supporterssupport free information and become its protagonist.

David Martin is the lead editor for Spark Chronicles. David has been working as a freelance journalist.
Previous Tonight on TV December 18, 2022, programs, Rai, Mediaset, Sky
Next Dune 2, the first images thanks to Zendaya, we see the set in Abu Dhabi