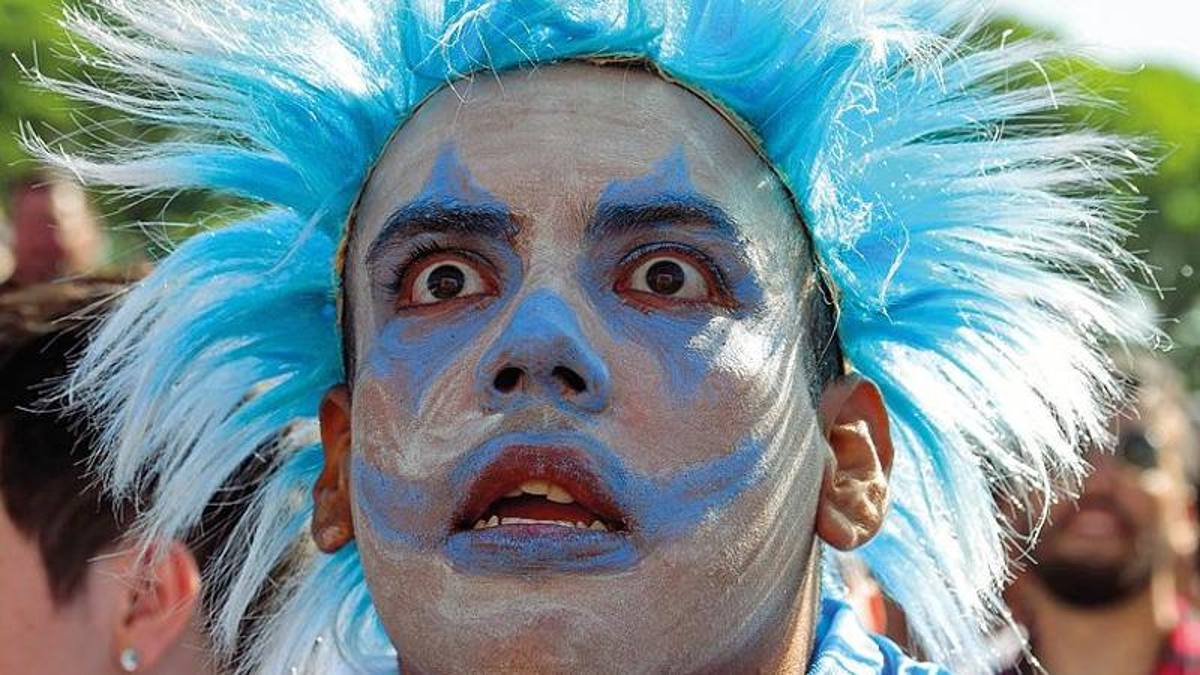 Brutal awakening: waiting for the champions of South America there was not a soul. Journey into the despair of the Albiceleste fans: “We are presumptuous and without ideas, such a start is incredible”

From our correspondent Filippo Maria Ricci

The muezzin’s voice spreads without obstacles over the desolate land area of ​​the University of Qatar, the largest in the country. The sun sets on the windows of the Argentina residence, reddening and then darkening the sky. The police remove the only witness of Leo Messi’s sad return home, as if he wanted to protect the desperation that has hit Argentina from prying eyes. From the applause in the press room to the two Lionels, Scaloni and Messi, at the end of a conference full of pompous self-confidence, with absurd questions dictated by the conviction that the match against Saudi Arabia was a trivial formality to be completed quickly and gloriously, at the brutal reminder of reality. Argentina sleeps here in Doha with Switzerland in front, Spain on the left, Holland behind. But it’s isolated, they don’t even let Kun Aguero, who complained about it, into the retreat.

And last night Argentina seemed even more alone. There wasn’t a soul waiting for the South American champions. The University is far from the center and evidently none of the six thousand Argentines who have spent a fortune to come to Doha has any intention of making a journey in costly and useless traffic. There is no desire to show support for the “Scaloneta”, the charming nickname given to the Argentine national team which indicated unity, strength and an unfortunate sense of unbeatability. The disappointment is too great. But still not big enough to get the hinchas to go scream their anger at Leo and the others.

No, from Lusail, the stadium that will go straight into the black history of Argentine football like San Siro in 1990 when Maradona and his world champions were surprised by Cameroon, the fans have returned to the centre. “It was incredible. Incredible. We sang, everything was going well, the goal was in the air. And then, suddenly… Everything changed. The team got lost, and we lost our voice and the will to sing.” There are those who put it on an economic level: “It’s annoying to think about how much money we’ve spent, how much the players earn and the foolishness we’ve made up for”. Who on the technical one: “We played badly. Not in the first half, but certainly in the second, when anxiety got the upper hand over talent. We seemed to have no ideas, and Messi wasn’t at his best, even if he said the opposite “. Then a glimmer of light: “Even in 1990 we started with a defeat, and we reached the final. All is not lost”.

Yes, but in the clogged area of ​​Souq Wakif and by the sea along the Corniche the contrast is clear. Droves of Saudis dance, go up and down in noisy and joyful processions and cheerfully sing: “Put me home!” they repeat like a mantra. Happy. Incredulous like the Argentines. Who go around scattered and scarce in this green tide for flags and shirts and white for clothes with their heads down and their gaze lost. There is no animosity towards them from the Saudis, rather compassion. And then the Argentines are in the minority, many from the stadium have gone to the hotel: there is a sticky heat that makes Argentina seem even further away and makes this defeat even less bearable. “Presumption. This was our problem – says a fan who has cheeks and shins painted white and light blue -. We took them lightly, we thought we would win easy and for this reason the blow came unexpected and painful. It hurts , very bad”.

David Martin is the lead editor for Spark Chronicles. David has been working as a freelance journalist.
Previous What was Angelina Jolie doing to see the Måneskin?
Next From party girl to NASA astronaut