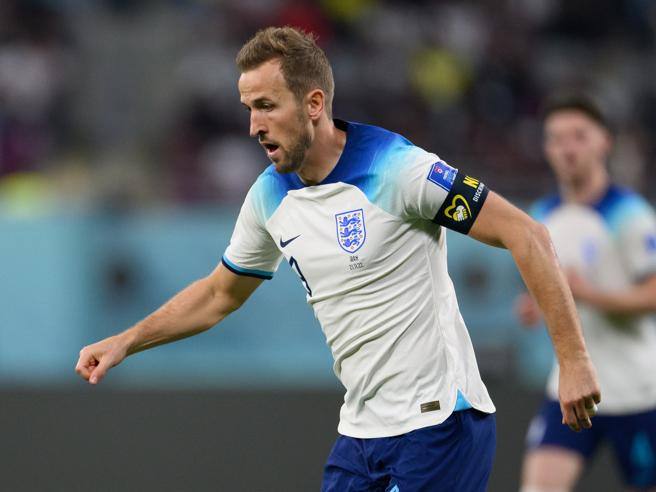 • The World Cup in Qatar continues today, Friday 25 November. Here the calendar and where to see all the matches

• Today’s matches: 11am Wales-Iran (group B), 2pm Qatar-Senegal (group A), 5pm Holland-Ecuador (group A), 8pm England-USA (group B)
• In yesterday’s four matches victories for Brazil (2-0 against Serbia, but anxiety for Neymar’s ankle injury), Portugal (3-2 against Ghana) and Switzerland (1-0 against Cameroon), a 0-0 draw between Uruguay and South Korea

• Cristiano Ronaldo was emotional before the Ghana match, then scored the opening goal of the match, becoming the only player to score in five World Cups

07:20 am – Sconcerti’s analysis: Brazil plays the best match of the World Cup

(Mario Sconcerti) Brazil starts playing perhaps the best game of this beginning. They also surprised France and Spain but they had different opponents. Serbia was up to par for an hour, they have technique and physical strength. Brazil beat her in a natural way making her fast dribbling less and less resistible. It seemed like an unbalanced team, full of playmakers and with only one interdictor, Casemiro. The other midfielder was Paquet, good and fragile. But the completeness of the game soon came out, the care of the whole team in trying to help each other. There were also Brazilian strikes, but no one ever looked for them, not even Neymar, who left the field with a swollen ankle. It was all a function of balance.

07:19 am – Brazil, who Galvo: from the scream for Senna and Neymar, to the videos on TikTok

(Arianna Ravelli, sent to Doha) Brazil has arrived, its voice has also arrived. The scream of him tetra, tetra, tetra (born as an abbreviation of Seleao tetracampeon), triggered when Roberto Baggio missed that famous penalty, is part of the collective memory of a country. Galvo Bueno more than Bruno Pizzul of Brazil, a true star, accompanied the Brazilians in all the most important sporting events: it was he who told the microphones about the first World Cup won by Ayrton Senna (whom he was a friend of) in 1988, but also the his death in Imola in ’94 (and the World Cup in the USA was dedicated to Ayrton like a closing circle), and also the Olympic silver medal in the 4×100 green and gold in Sydney, in 2002. All narrated by his voice. Today Galvo has even more sponsors than Neymar, only Vinicius among the players called up by Tite beats him. To give you an idea, on TikTok there is a function that allows you to use his voice to make videos.

(Arianna Ravelli, sent to Doha) Tite’s national team dominates dragged by Richarlison, author of a brace. Thiago Silva at 38 is a certainty, Paquet has a lot of quality, Alex Sandro guarantees continuous push, Casemiro keeps the team in balance.


(Alessandro Bocci, sent to Doha) Brazil has the patience of the seraphic Tite, who on the bench doesn’t move a muscle in his face during the long minutes, practically the entire first half, in which his champions are unable to tame Serbia with a high rate of Italians. It seems like a haunted night inside the futuristic Lusail and instead Seleao chases away the ghosts in the long run and begins the hunt for the sixth World Cup in the best way. The professor never feared that his students would betray him. Up until the interval, in truth, they had raised doubts: Neymar, the most awaited talent, not received, neutralized by the ruthless marking of the Lukic grenade and the wingers, Raphinha on the right and Vinicius on the left, lit up but at the right time, once inside the area, they lost measure and accuracy.

07:14 – Cristiano Ronaldo in the history of the World Cup: no one like him


(Paolo Tomaselli, sent to Doha) On 17 June 2006 Cristiano Ronaldo scored his first World Cup goal against Iran in Frankfurt. With the 1-0 penalty scored against Ghana, CR7 becomes the first player in history to score for five consecutive editions of the World Cup. And he obviously becomes one as a free agent, having just divorced from Manchester United.

Ronaldo’s penalty paves the way for a painful Portuguese victory, made more significant by the great reaction to the immediate draw by the Ghanaians with Andrew Ayew. First Joao Felix with a touch below delicious in front of the outgoing goalkeeper and then Leaowith the first ball touched, with a flat diagonal, they fix the result at 3-1 before Bukari’s goal which shortens in the final, but after the 1-1 draw, coach Otto Addo removed the two best players on the pitch — Kudus and Ayew — significantly weakening his own.

Where can I see all World Cup matches in Qatar? HERE the complete guide with schedule and times of the challenges.

David Martin is the lead editor for Spark Chronicles. David has been working as a freelance journalist.
Previous Elite 7 will be different from previous seasons: the creators speak
Next The Zero Company remains at Peak