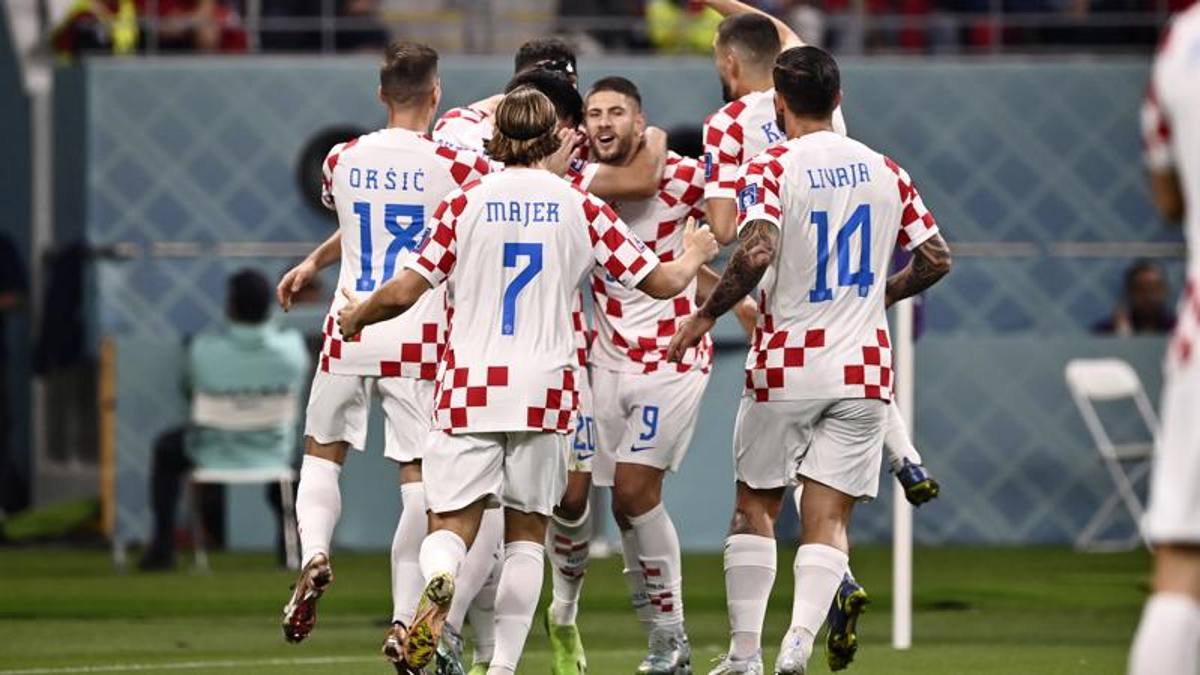 It all happens in the first half: Dari responds to Gvardiol, who scores after 7 minutes. The match ends with a great goal by Orsic from an angled position

From our correspondent GB Olivero

After third place in 1998 and second in 2018, Croatia is back on the World Cup podium again by beating Morocco 2-1 in the final at the Khalifa International Stadium. Dalic’s team has built more than Regragui’s, visibly unloaded after the splendid run in this tournament.

Third place finals are often seen as little more than a nuisance, but they can also be fun precisely because the focus is not that of the big games. And so in the first nine minutes there are already two goals. Croatia plays loose, they finished third in 1998 and second in 2018, this is not a historic occasion unlike Morocco which in fact appears more tense. Dalic renounces Brozovic, who came out battered from the semifinal, and lines up a 4-2-3-1 with Majer, Kramaric and Orsic behind Livaja. Classic line-up for Regragui, who however cannot count on the injured Saiss, Aguerd and Mazraoui and leaves midfielders Ounahi and Amallah on the bench. In the 3rd minute Bounou risks a sensational own goal by hitting the ball badly which he wanted to direct to Attiat-Allah horizontally. In the 7th minute Croatia scores with a free-kick pattern: Majer’s ball drops, Perisic twists and heads towards the center where Gvardiol with a diving header beats Bounou. Morocco wakes up and equalizes within two minutes: free kick by Ziyech, header by Majer who however favors the insertion of Dari, forgotten by Amrabat. In the 23rd minute Croatia threatened with a left foot from Modric which Bounou botched before anticipating Livaja. Nice action from Morocco shortly after, with a combination between Ziyech and Hakimi, a cross from the PSG full-back and a missed impact from En-Nesyri who is too far ahead of the ball. In the 40th minute Ziyech kicked from outside in a pretentious way and didn’t find the target. In the 42nd minute Croatia took the lead again with a feat by Orsic: Livaja steals the ball from El Khannouss on the edge of the area, serves it on the left to the Dinamo Zagreb player who with a splendid round shot catches the top corner.

Regragui replaces the evanescent Sabiri with Chair and after a few seconds Orsic goes close to his personal double with a shot which, deflected by El Yamiq, ends just wide. Morocco swerves in another couple of circles and when he tries to serve En-Nesyri vertically in front of Livakovic, Perisic takes care of interrupting the action with a perfect diagonal. Kramaric wastes a counterattack opened by Kovacic, then Regragui inserts the star Ounahi in place of El Khannouss. Kramaric gets injured and is replaced by Vlasic. Regragui relies on Benoun, Zaroury and Amallah excluding Dari, Boufal and El Yamiq, while Dalic replaces Livaja and Majer with Petkovic and Pasalic. On 26′ Vlasic shoots from far, but the shot is high. Three minutes later Croatia protests for a fairly clear foul by Amrabat on Gvardiol thrown by Orsic in the area: the referee doesn’t blow his whistle and the Var, making a mistake, doesn’t intervene. In the 30th minute En-Nesyri has the opportunity to equalize, but Livakovic is very good in his exit. The two teams are visibly tired, the referee Al Jassim, designated for this challenge also because he was born in Qatar, makes a lot of mistakes and generates nervousness, so the match turns nasty. In the 41st minute Petkovic serves Orsic vertically, who rewards Kovacic’s insertion: the shot, however, is inaccurate and goes wide on Bounou’s exit. In the 51st minute, sixth and last minute of added time, Morocco had the last chance: a cross from the left by Attiat-Allah and a high header by En-Nesyri. Then it’s just a party for Croatia.

David Martin is the lead editor for Spark Chronicles. David has been working as a freelance journalist.
Previous The comedy “Il Grande Giorno” with Aldo, Giovanni and Giacomo and the Sky preview “His Dark Materials 3” BBC-HBO series
Next Movies Tonight on TV not to be missed on Friday October 28, 2022