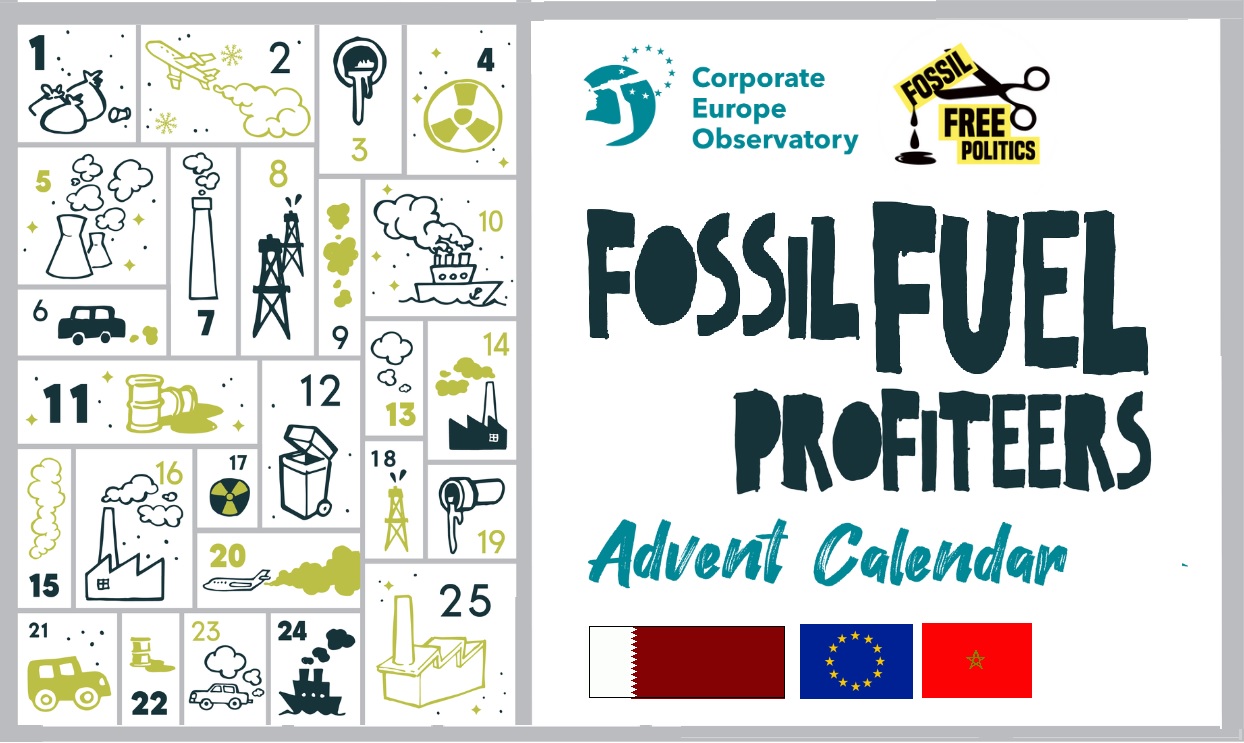 Qatargate: how to close the door to lobbying by repressive regimes

The scandal reveals the shortcomings of lobbying regulation in EU institutions. CEO and Transparency International: «The time to act is now!» 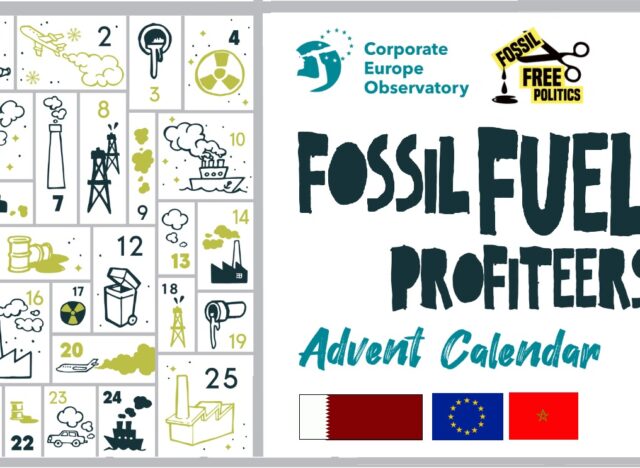 As Corporate Europe Observatory (CEO) recalls, «The arrest of several current and former MEPs and people from other organizations for what is now called “Qatargate”, a corruption scandal linked to the lobbies of the Qatari regime (and Morocco ), is another wake-up call. Bans were imposed on lobbyists working for Russia earlier this year, a move that should have been taken a long time ago. In fact, anti-lobby NGOs such as CEO and Transparency International have been warning EU institutions in general, and the European Parliament in particular, for a long time about the lobbying activities of authoritarian governments and bogus NGOs created ad hoc to try to clean up the their image. According to the CEO, the European institutions should face the facts: «The door to the regime’s repressive lobbying must be closed now, not through temporary measures dictated by panic or on a case-by-case basis, but through solid and permanent rules to detect and prevent such interference».

AND’ since 2015 that the Corporate Europe Observatory, often in coalition with many other organisations, pushes for «Stricter rules to prevent repressive regimes from walking the corridors of power in the EU institutions undisturbed», but «However, little has been achieved, due to the intransigence of politicians and their preference for a largely weak, voluntary and self-controlled approach. A case in point are the ongoing negotiations between institutions on an ‘independent ethics body’, which is set to become a futile exercise with little or no progress.

For this NGOs and the European Left which had repeatedly denounced the interference of lobbyists are not surprised by the current scandal of lobbying and corruption. The CEO recalls that «the leeway for lobbying by repressive regimes has always been there. And in the case of Qatar, the risk has been exacerbated by the current inflationary and energy crises. Powerful forces are moving in the EU to improve relations with the oil-and-gas-rich Arab nation, one example being the proposal to grant Qatari nationals visa-free travel to the EU, thanks to Qatar’s new status as a important “economic center” partner” for the European Union, “particularly in the energy sector”».

CEO reminds von der Leyen and Metsola that a robust system of lobby transparency requires a plethora of well-implemented measures to protect democratic decision-making, most if not all of which are well known to MEPs and EU Commission officials. , as they have been proposed before, or are part of regulations elsewhere. In the United States, for example, foreign governments and their lobbyists are required to publish full contracts, including funding and work performed. Failure to comply is a legal offence.”

The CEO hopes that Qatargate (which looks like it could also become Moroccogate) is the last straw that broke the camel of sloth and impunity. And he asks that some initiatives be undertaken immediately based on two lines of intervention:.

1 A wake-up call for the European Parliament: urgent need for reforms. Transparency standards for lobbies should not only be mandatory but harmonized across EU institutions. The European Parliament, in particular, is late. Among the steps to be taken by the European Parliament are to oblige all MEPs to publish basic information about meetings with lobbyists and a ban on meetings with any unregistered lobbyist. Lobbying transparency rules should also be extended to all Commission officials who meet lobbyists. The European Parliament should urgently develop clear rules for the “other unofficial groupings” mentioned in its Rules of Procedure, including the so-called friendship groups. These should require transparent publication of members, funders, organizers and activities. Repressive regimes should not be able to directly or indirectly finance the work of these groups; nor should they finance the work of MEPs, or EU or national political parties, including their offices or travel and hospitality abroad. Corruption allegations involving large sums of money should be a reminder of the need to tighten the financial rules of the European Parliament. This must include much tougher restrictions on MEPs’ side jobs, a ban on donations to MEPs and political parties from third countries, and strong protections for whistleblowers. Too many former politicians and officials have taken lucrative jobs at companies and organizations closely associated with repressive regimes. This revolving door must be blocked at EU and Member State level on the basis of conflicts of interest and political integrity. A long and well-imposed period of reflection for former MEPs is a matter of urgency.

2 The register: lobbying transparency must help detect risks and prevent manipulation of the decision-making process. The EU transparency register still has a long way to go. The only real penalty is the suspension of lobbyists, meaning they would not be able to meet high-level Commission officials or have an access pass to the European Parliament. This power is too weak and is rarely used anyway. Instead, the register should become legally binding, which would allow for fines and even prosecution of individuals in the worst cases of wrongdoing, with stronger scrutiny and investigative powers and better resources for the Joint Transparency Register Secretariat. To protect democracy from harmful interference, strong proactive investigative and sanctioning powers are needed, comparable to those the European Public Prosecutor’s Office has to fight financial fraud. If “middleman” lobbyists (including consultancies and law firms) fail to disclose up-to-date customer and financial information, hefty fines should be imposed. The EU registry should require the disclosure and publication of all lobbying contracts and financial information from third country governments. A legally binding register would also allow for sanctions against those who are not included in the register. In this most recent scandal, investigations are underway into an unregistered NGO in Brussels with close political ties. The recent reform of the EU register has led to a timid and in some ways backward attempt to reform the financial reporting obligations. All registrants would once again have to declare annual EU lobby spending and think tanks should be explicitly required to publish a list of all their funders (including income from non-EU governments) and the sums involved. Lobbying consultancies or other private companies representing regimes that violate human rights, or engaging in data-driven online disinformation campaigns on behalf of third-country governments with the aim of influencing officials and citizens of the EU, should be removed from the register and banned from meetings with public officials. This can be done by broadening the definition of ethical behavior in the code of conduct attached to the EU lobby register. Member states should also implement legally binding lobby registers to cover the activities of national lobbies, including those of their own officials working within EU institutions.

Also for Transparency International EU, « The influence of money on politics is one of the main risks of corruption in developed economies, at national and EU level. Only through a comprehensive ethical system, composed of mechanisms of transparency, accountability and integrity can it be ensured that political institutions, processes and decision-makers are effectively protected from undue influence. The urgency of strengthening transparency and integrity measures should be on the political agenda. It is time to restore due attention to the integrity and transparency of public and private action and to supervise with the utmost attention the flows of financial resources that are affecting Italy”.

In September, the NGO had proposed some recommendations for setting up effective safeguards and tools to protect transparency and public integrity. After the explosion of Qatargate, Transparency International EU drafted 10 requests to the European Parliament “So that the national law enforcement agencies take immediate and effective actions to trace those responsible and the European institutions adopt urgent measures to reform the systems of independent ethical supervision”. Here they are:

1 Those involved must be prosecuted to the fullest extent of the law, and investigations should look into anyone who has taken an unusually favorable position or displayed favorable behavior towards Qatar, including in other EU institutions.

2 The European Parliament must immediately reform its internal reporting rules and align with the European Directive on whistle blowing.

4 The Parliament’s Rules of Procedure and the Code of Conduct for Members should be reviewed and provide for effective sanctions. The President should no longer have the sole power to decide on sanctions.

5 The Advisory Committee on the Conduct of Members of the Parliament has proved ineffective and should be dissolved and replaced by a new body including an independent external element.

6 Parliament should immediately introduce strict financial control rules in relation to all Members’ allowances, including a requirement for Members to be held accountable for all their expenditure.

7 Third-country governments that exert pressure on EU institutions should be included in the transparency register.

8 All MEPs, assistants and staff of the European Parliament who meet representatives of third countries should make their meetings and meetings public.

9 Parliament must ensure that existing rules on lobbying and ethics are respected, including by dedicating sufficient resources to monitoring and enforcement, and by ensuring that all information is published in a timely manner and in an accessible format.

10 The European Commission must come forward immediately with its long-delayed proposal for an independent European Union ethics body with broad supervisory, investigative and enforcement powers.

David Martin is the lead editor for Spark Chronicles. David has been working as a freelance journalist.
Previous Déjà vu – Race against time: plot, cast and trivia about the film
Next Review ep.6 Fuck You and Eat Shit