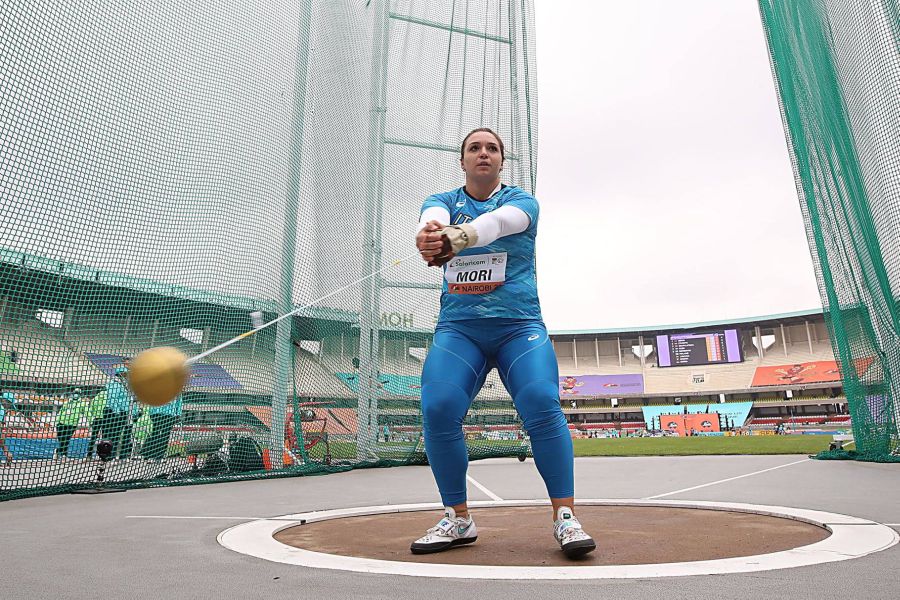 A gold and a bronze and sixteenth place in the medal table: Italy closes the penultimate day of the Under 20 World Cup in Cali in Colombia with a smile. A growing up Rossiniano gives Italy the first gold of the Colombian expedition at the end of an endless day but absolutely to remember. Rachele Mori, who started with the underdogs in the hammer throw, kept the predictions and dominated the race by winning with the measure of 67.21, not far from his staff. A difficult race, conditioned by heavy rain which forced the organizers to stop it for more than three hours after the first two rotations of throws. Rachele Mori was already in the lead with 62.97 at that moment, a measure that, in the light of the facts, would still have been enough for her to win.

‘They will be Champions’: Rachele Mori, the granddaughter of art who makes you dream when throwing the hammer

The blue, however, at the resumption of the race, when in Italy it was 2.50 and all the other competitions were over, he gave a great show by placing three throws one longer than the other with an impressive progression: 63.82, 65.85 and 67.21, which put the seal on the blue success, the first ever in this women’s specialty in a major international event. The Tuscan preceded the Mexican Bueno Calvillo, who reached 62.74 at the last launch and the Japanese Murakami, who finished at 61.45.

Last but not least Marta Amani who struggles, so much, to take off in a long jump competition conditioned for the most part by the increasingly heavy rain but which has not prevented a regular development of the same. Amani square 6.24 immediately, then he goes into difficulty, places two nulls and two jumps similar to the first (6.21 and 6.22). Back to the wall, with the opponents who went far beyond the measures scored in qualifying, the Milanese finds the medal jump on the last attempt: 6.52, personal best, and bronze medal. Larissa Iapichino has a younger home opponent than her and this rivalry could make both of them grow. The gold goes to the Bulgarian Mitkova that on the second attempt flies to 6.66, second place for the hostess who finally inflames the Colombian public by landing at 6.59.

Once again Mattia Furlani is unable to compete in a race in line with expectations and, as in the long jump, he has to be satisfied with a placement in the top ten but not close to the podium. The rain was there for everyone and the blue failed to overcome 2.10, far from its staff of 2.17. Same thing for Edoardo Stronati who stopped even two meters away, with the perhaps not particularly good choice of switching to 2.05. Gold, after a long stop, goes to Jamaican Brandon Pottinger, single to jump 2.14. Silver tied for the South African Raats and for the Bulgarian Saraboyukov with 2.10 skipped in the first round.

Italy protagonist with two very promising athletes in the triple jump where Federico Morseletto and Federico Bruno both improved by finishing in sixth and seventh place. Two series full of quality jumps for the Azzurri: Morseletto reached 15.97, a new personal best, and Bruno got the measure of 15.81. Wins with a fantastic 17.27 Jaydon Hibbert, fourth gold of the day for the Jamaicans. Second place for the Indian Thirumaran with 16.15, third place for the Estonian Morozov with 16.13.

A pinch of regret for Italy in the 4 × 100 women. At the start Bertello, Galuppi, Musica and Angelini for Italy who plays on a par with the teams fighting for the bronze but misses the last change and closes fifth with a time of 44 ″ 79 two tenths from Colombia who wins the bronze with 44 ″ 59. World title and junior world record announced for Jamaica with 42 ″ 59, second place for the United States with 43 ″ 28. Fourth place, however, for the 4 × 100 boys, also two tenths from the podium, taking advantage of the disqualification for irregular change of South Africa that had won the race. Longobardi, Tonella, Malvezzi, Faggin are well behaved, without being perfect in the changes. Gold to Japan with 39 ″ 35, silver for Jamaica with 39 ″ 35, a matter of thousandths, bronze for the United States with 39 ″ 57, two tenths from the podium with 39 ″ 77 Italy.

Nothing to do for the blue Giovanni Lazzaro in the semifinal of the 800: keeps the pace of the opponents for 600 meters and then packs up closing last, with the penultimate time of all three semifinals: 1’51 ″ 72 at the end of a test to forget. In the final go Kibet (Ken), Reardon (Gbr), Kasahun (Eth), Girma (Eth), Harding, (Nzl), Hussey (Gbr), Chenitef (Alg), Lewalski (Pol).

A lot of Jamaica in the semifinals of the 100 obstacles: double personal best for the Jamaican Hill that with 12 ″ 87 also recorded the best seasonal world performance under 20 and James with 12 ″ 94. In the final also Toth (Hun), Smith (Usa), Jalloh (Ger), Blanquer (Esp), Agasara (Ind), Guignard (Sui).

Jamaican domination in the 200 with gold and domination by Brianne Lyston with 22 “65, silver for the United States with 22” 77 and bronze again Jamaica with Reid in 22 “95. Following Brahe-Pedersen, Emmanouilidou and Garcia. In the 400 men’s gold hurdles for Turkey with Ismail Nezir who wins in 48 ″ 84, personal and Turkish junior record, second place for the Slovenian Gucek with 48 ″ 91, also for him personal and national record, bronze for the Jamaican Clarke who missed the penultimate obstacle and finished in 49 ″ 62.

In the 3000 men’s plans, winning progression and absolute domination for the Ethiopian Azize who sows all the opponents and wins the gold with a time of 7’44 ″ 06, silver to Kenya with 7’47 “86, third place again for Kenya with Kisalsak with 7’49” 82. In the big javelin battle between the favorite of the eve, the Ukrainian Artur Felfner who got the better with 79.36 and German Max Dehning who pitched at 77.24. The bronze went to the Bahamian Strachan with 72.95.

David Martin is the lead editor for Spark Chronicles. David has been working as a freelance journalist.
Previous Car incentives, the bonus increases by 50% for those with an income below 30 thousand euros
Next Indiana has passed a new state law that makes abortion illegal 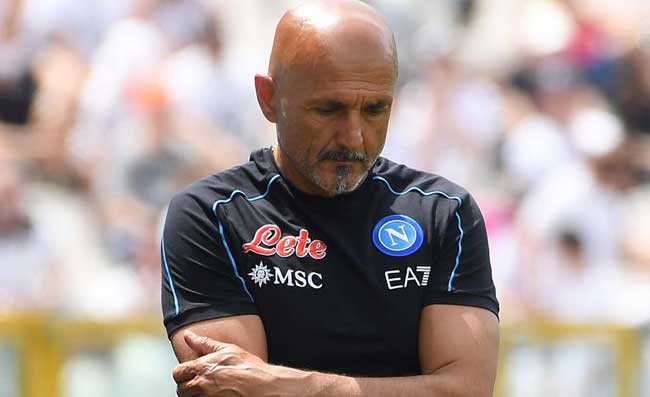