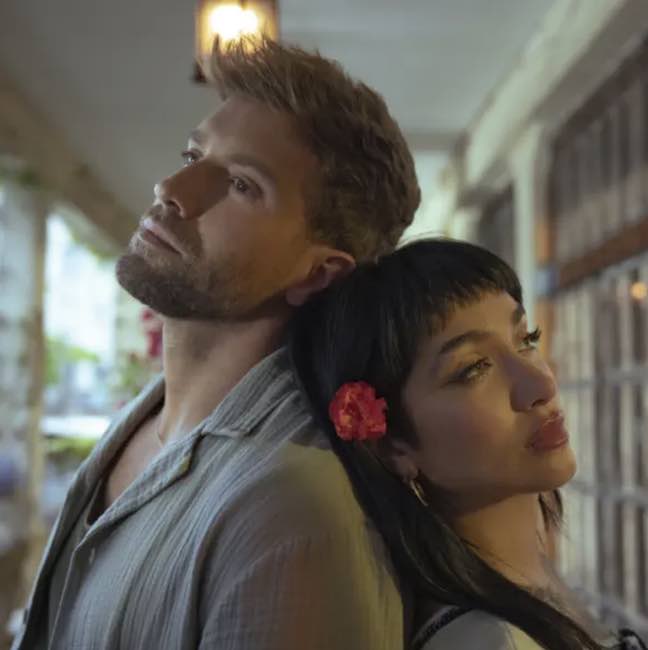 Alborán-Becerra duo at the top of the November international rankings, Jung Kook of BTS and Karol G also on the podium

There classification from November 2022 under the sign of the duo Pedro Alboran And Maria Becerra. Taken from the new studio album of the Spanish singer-songwriter “La cuarta hoja”, the single “Friends” talks about two friends who can stay there for a party but also to say “uncomfortable” words to each other. A pop ballad that is proving very successful on music channels with over 9 million views on YouTube alone in just two weeks. A tribute to friendship and to everything that can happen. They could not miss the songs taken from the big event of the month or the World Cup 2022 in Qatar. The first two two songs selected “Dreamers” conquers the second position and is the result of the collaboration of Jung Kook of the BTS extension with Fahad al-KubaisiQatari singer. In addition to being part of the soundtrack, the song was also performed in the opening ceremony of the sporting event. The podium closes with the new single by Karol G released last November 13 and entitled “Cairo“. A mix between dembow and dance music this piece is about falling in love with someone. Filmed in the Egyptian capital under the direction of Pedro Artola where he crosses the streets of the city and using a bus he visits the pyramids of Giza, one of the most characteristic places. “In addition to being in my top 5 places in the world that I dreamed of visiting, I had a slightly more ambitious vision in this country: to close the roads, the sphinx and the pyramids of Egypt to make a video that was always in my mind , in my goals to achieve and in my heart” he reported through the social channel Instagram.

The second song taken from the World Cup 2022 soundtrack is called “Tukoh Taka“, the first official anthem of the FIFA Fan Festival in Doha. Interpreters are three iconic voices or those of Nicki Minaj, Maluma And Myriam Fares. The aim of this motif is to celebrate unity, culture and diversity globally as emphasized by music executive Wassim “Sal” Slaiby, founder and CEO of Universal Arabic Music. Maluma very happy with the experience said: “So happy to be a part of this World Cup single! I’ve always dreamed of an opportunity like this. Representing Latin music on this global track alongside amazing artists singing in English and Arabic takes our culture to another level.”

In fifth position we find “I’m a mess“, new musical work by Avril Lavigne written with Travis Barker, John Feldmann and Dominic Harrison aka Yungblud. After the experience with the young English singer on the occasion of a charity live, the two find themselves in this motif which speaks of long-distance love so difficult to bear. Archangel dedicated to his brother who died after a car accident the song “JS4E” or “Justin Santos For Ever”. No words are needed to comment on what the singer wrote on Instagram: “It is worth crying for those who deserve your every tear, you will always be in my heart son, brother and friend; I will never stop mentioning you or telling the world how much I love you.”

For those who don’t know him yet, this month we have selected a song by in our playlist Paul London that is to say “She” which is part of the album “Back to the game” and where the producer is Sky Rompiendo or J Balvin’s right arm. A 60s-inspired bikini top and mini skirt dress up Hailee Steinfeld in the video clip of “Coast” which reproduces a typical summer atmosphere where she also appears in the guise of a mermaid. Very sunny, it is appreciated even if we are not in the right season and the mood is also very captivating from the first listening. Great success for the song “Copa Copaof the duo Dafina Zequiri ft. Alban Skenderaj produced by Gesko with a very imaginative video and well cared for in detail. Even the constant rhythm is appreciated together with Skenderaj’s melodic vein.

We stay in the rhythm but we move into the sunny Latin reggaeton for the single “Mar Chiquita” with Ozuna And Pedro Capo but also “Ulala” signed by Mike Towers And Daddy Yankee while for dance music we find the very famous DJ and record producer Tiesto with the dancer and singer McRea in “10:35” where the power of the night is highlighted and when the only thought is to be in company and have fun setting aside everyday fears and insecurities. Unrestrained dance also with Minelli in “Could be something“. Composed with Jordan Shaw and Will Simm has its own video that is inspired by the culture of the 80s. So the artist said about this production: “The song was born in London while I was in a session with two amazing artists: Will Simms and Jordan Shaw. We wanted to create a song that makes people dance from the second they hear it. I want all the people to have the same vibe and enjoy the song as we did during the session.”

Another duo of the month is the one formed by the southern Californian rapper German And Nicki Nicole in “Grillz” while the reinterpretation of the historic piece deserves a special note “Immortality” (1998) by Celine Dion with the extraordinary collaboration of Bee Gees who wrote the song for her. The video clip is the one in the studio while the official one was released on October 25, 2009. The rapper Kendrick Lamar released the single “Rich Spirit” where he moves and dances inside a very well furnished but empty house where he talks on an unplugged telephone and does not fall asleep during the night until suddenly playing despite being unplugged.

Let’s go wild again with the rhythm of “Malibu” with feid, Ak4:20 And Taiko in 16th position while one position lower we welcome Bruce Springsteen in “Don’t play that song” piece originally recorded by Ben E. King in 1962 and which he chose as the third track in his new cover album entitled “Only the Strong Survive”.

We complete the penultimate one playlists of 2022 dedicated to the best of international music with the Argentine rapper JID that together with Trueno He has made “I keep it” with funky rhythms that echo 1990 rap.Llorar and llorar” from Mau y Rick with Carin Leon where they appear in a live video, impromptu performance in Mexico City with the park being overrun with people trying not to miss the show.

David Martin is the lead editor for Spark Chronicles. David has been working as a freelance journalist.
Previous Sailaway: The Sailing Simulator Free PC Game Download Full Version
Next what to review on the occasion of Bones And All