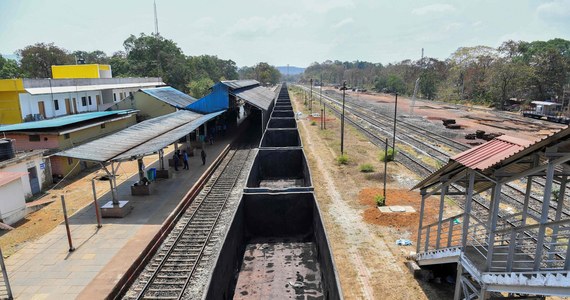 Raw materials: There will be too much coal on the market

The authors of the report argue that the currently observed deficit is of a temporary nature. Shutdown of coal-fired generating units, an increase in the share of renewable energy sources in the energy generation structure and high prices of CO2 emission allowances will lead to a reduction in the demand for hard coal.

– Since 2031, an oversupply of coal has been observed in each of the scenarios under consideration. Depending on the adopted assumptions, by 2040 it amounts to several to almost 30 million tons of coal per year. Only when the demand is high in the first decade of the analysis is the supply and demand properly balanced, write the authors of the report.

In 2035, the oversupply would occur regardless of the scenario under consideration and would average 19 million tonnes per year on average.

At the same time, it can be expected that the import of steam coal to Poland will be continued. This is supported by the competitive prices of imported coal and its quality adjusted to the requirements of domestic consumers.

At the moment, we buy coal mainly from Russia and Colombia. In addition, in recent years, deliveries were made, inter alia, from the USA, Kazakhstan, the Czech Republic, Australia and Mozambique. In 2020, Russia was the main supplier of imported coal, from where 9.1 million tonnes of this raw material (82% of imports) were delivered to the country.

The average selling price of thermal coal in recent years did not cover the costs of domestic production, which led to negative financial results of Polish mining companies. – Although there are sporadic periods favorable for the domestic mining, the selling prices of steam coal in Poland have remained below the average cost of production for many years, and this tendency may deepen – the report shows.

In the event of a growing oversupply, the problem of covering production costs with sales revenues will deepen.

– The discussion about the future of the domestic mining industry does not take into account the market conditions, and the actions planned by the government are not supported by economic analyzes. By extending the operation of mines until 2049, in a situation where the oversupply of coal is forecast in all the scenarios presented by the Jagiellonian Institute, and most of them already in the 1920s, the government is squandering the chance for an economically effective decarbonisation of the economy – says Zofia Wetmańska, an expert for climate and energy policy.

He adds that the future of coal regions should be built on strategies that will increase their resilience to the upcoming changes in the fossil fuel market, and not those that will inevitably generate additional financial burdens over the next decade.

After 2030, gas may be censored as coal is today
Business Newseria

The variety offered by video games never ceases to amaze him. He loves OutRun's drifting as well as the contemplative walks of Dear Esther. Immersing himself in other worlds is an incomparable feeling for him: he understood it by playing for the first time in Shenmue.
Previous Mass Effect series on Amazon Prime Video. the last straight
Next Riuler de Oliveira Faustino is dead. He was a talent of Brazilian football