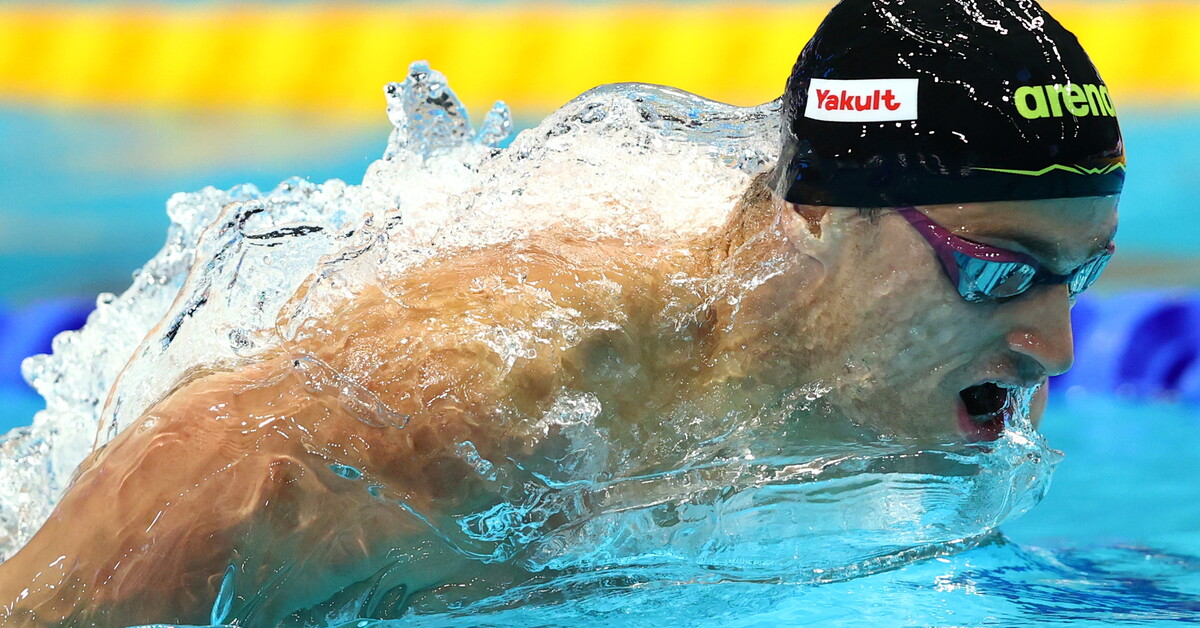 Super start for the blue review in Rome: double in the 400 medley, second place for De Tullio, Galossi, Detti and Di Cola

Amazing Italy at the European Swimming Championships in Rome. On the first day of competition, three medals arrive in the tub of the Foro Italico. Shine a gold and a bronze in 400 mixed: first place for a dominant Alberto Razzetti, third step of the podium for Pier Andrea Matteazzi. To complete the blue apotheosis they think about it then the boys of the 4×200 freestyle, super performance of De Tullio, Galossi, Detti and Di Cola.

Alberto Razzetti triumphs in the 400 medals, bringing back to Italy the gold medal in the specialty after 20 years. Amazing performance by Razzetti who dominates from start to finish in all the fractions, with him bronze medal in the same race for Pier Andrea Matteazzi, which closes the blue apotheosis in the first final of these European Championships. For Italy this is the fourteenth and fifteenth medal in the specialty (4-3-8): the last was Federico Turrini’s bronze in London 2016; gold was missing from Berlin 2002, when the Piedmontese Alessio Boggiatto climbed to the top of Europe.

“I have goosebumps. Winning at home is an incredible joy. I was careful to stay focused until the end – explains “Rocket” – I had prepared the race in this way, I didn’t lose too much in the backstroke and then I shot everything. It is the most beautiful emotion of my life and I want to dedicate it to my family and my coach Stefano (Franceschi ed) who was fundamental in my growth. I’m also happy for Pier Andrea: we’ve known each other for a long time and it’s nice to share such a podium. Sharing this podium with a teammate makes this victory even more special, “he added.

Big smiles also come from the relay Men’s 4×200 freestyle. Marco De Tullio, Lorenzo Galossi, Gabriele Detti and Stefano Di Cola they sign a super performance and above all in the last two fractions they manage to score a splendid comeback. Historic silver, better than only Hungary, third place for France.

“We wanted to take the medal at all costs and we succeeded – underlines the most experienced of the quartet Said, Olympic bronze in the 400 freestyle, twice world champion and European champion, as well as world gold in the 800 freestyle in Budapest 2017. “It’s a relay that can grow a lot and give important satisfactions in the future. Being the oldest makes me a certain effect “. “These are the last efforts, after a long and nerve-wracking season –
goes on De Tullio, fifth at the World Championships in Budapest 2022 in the 400 sl – This medal, however, cancels all the efforts and fills us with pride “.
Proud and incredulous the youngest Lorenzo Galossi (CC Aniene), sixteen years old at the end of June: “I was not brilliant: this morning in the battery I had fired a lot of cartridges to snatch my place in the final. I have to thank my teammates who were extraordinary. I am Roman and win a medal of this value in front of my family and friends is creepy “.

Some regrets instead for the 4×200 women’s freestyle dominated by Holland: fourth place for the still good Alice Mizzau, Linda Caponi and the twins Noemi and Antonietta Cesarano.

But not only that, because the qualification for the 800 freestyle final also arrives for one Simona Quadarella looking for redemption, who gets the best time and is the favorite in tomorrow night’s race. With her, they reach their respective finals too Thomas Ceccon in the 50 dolphin (third absolute time), Silvia Di Pietro and Chiara Tarantino in the 100 freestyle, Margherita Panziera in the 200 back, e Nicolò Martinenghi and Federico Poggio in the 100 breaststroke with Martinenghi signing the best time of the semifinals. Finally, in artistic swimming, the last act is also centered on Linda Cerruti in the pool dance with the second score.

David Martin is the lead editor for Spark Chronicles. David has been working as a freelance journalist.
Previous Arma and Arcicaccia together against forest fires – Il Golfo 24
Next Weekend, the Anticyclone advances, but between Saturday and Sunday something will go wrong; forecasts »ILMETEO.it