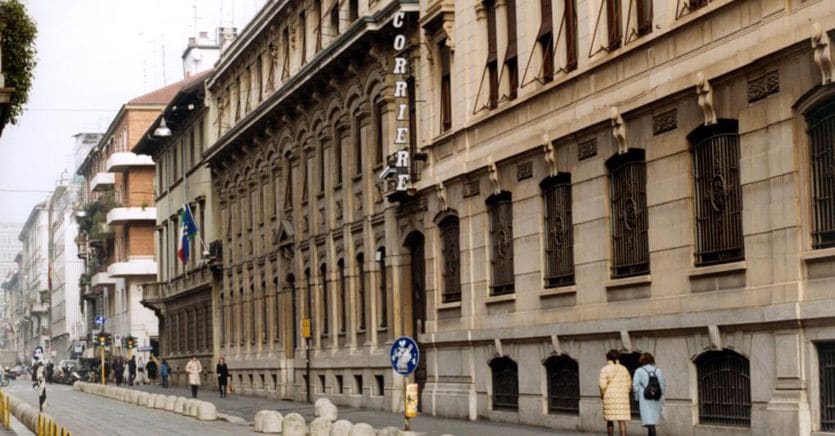 Rcs Mediagroup, Blackstone and Kryalos Sgr formalize the end of the dispute over the Milanese properties of the publishing group sold in 2013 to Kryalos and close a dispute that reached the Arbitration Chamber of Milan and the New York Court. A note announces it.
The agreement reached “involves a reciprocal waiver of all shares and RCS has agreed to pay a contribution of 10 million euros to the expenses incurred by Blackstone”. In addition, the publishing group will purchase, at a price of 59.9 million, the building in Via Solferino, the historic headquarters of the Corriere della Sera, part of the Solferino-San Marco-Balzan real estate complex which is the subject of the dispute.

“We accept the decisions of the Arbitral Tribunal and the Court of Appeal, which have ascertained the correctness of the actions of Kryalos and Blackstone and the absence of wrongdoing or bad faith in relation to the 2013 transaction. Consequently, RCS acknowledges that Blackstone or Kryalos have not carried out any unfairness and regrets the inconvenience caused by the controversy “is the comment of the president and CEO of RCS, Urbano Cairo.

Cairo: satisfied with the agreement

“We are pleased to have reached a settlement agreement with Kryalos and Blackstone on all the disputes in progress and for the opportunity to repurchase the historic headquarters in Via Solferino” Cairo continued, thanking “Dr. Claudio Calabi (among other things president of Risanamento and Santa Giulia, ed) for his contribution to the achievement of this agreement “.

Bottelli (Kryalos): we acted in the best interest of our shareholders

“We have always been sure that we have acted professionally and in the best interest of our shareholders, and we are satisfied with the positive resolution of this dispute” commented Paolo Bottelli, managing director of Kryalos.

“We are grateful to the Milan Arbitration Board and the Milan Court of Appeal for confirming that Blackstone operated in a totally correct manner in relation to the 2013 purchase. We are pleased that this dispute is now resolved for the benefit of our investors”, is Blackstone’s comment that he had filed a half-billion lawsuit in the United States for damages.

The variety offered by video games never ceases to amaze him. He loves OutRun's drifting as well as the contemplative walks of Dear Esther. Immersing himself in other worlds is an incomparable feeling for him: he understood it by playing for the first time in Shenmue.
Previous Abortion Forum. After the US Supreme Court ruling: what changes for medicine and society. “Resume the momentum of the civil battles of the 70s”
Next 10 songs for the weekend; with Anitta, Harry Styles, Lizzo and J-hope