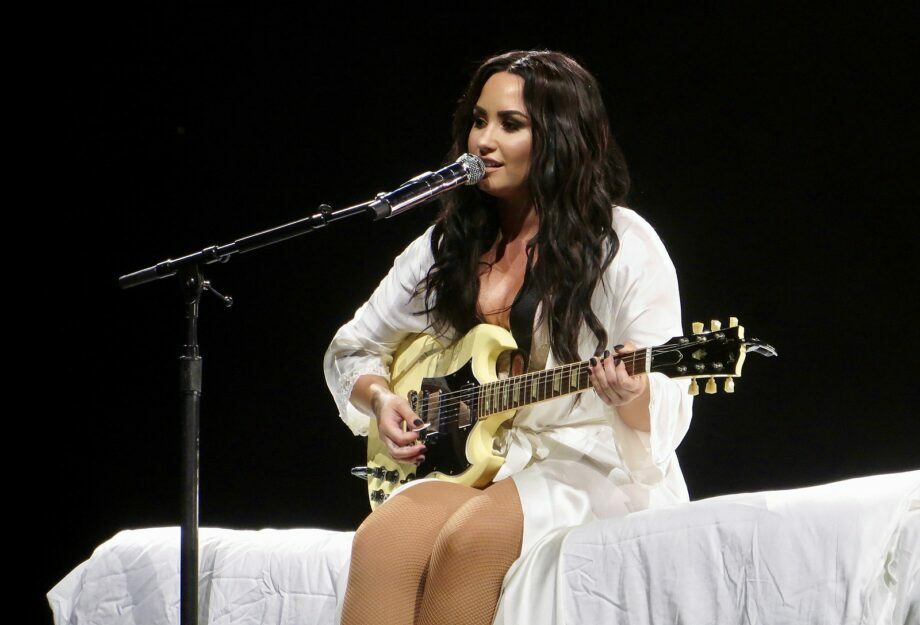 Demi Lovato is known worldwide for her biggest pop hits, including “Cool For The Summer”, “Sorry Not Sorry”, “Really Don’t Care”, “Neon Lights” and “Give Your Heart a Break. But her return to the stage and the tour, is marked by a change of musical genre, the singer is bringing back her first musical style, the pop/rock that is present in her first two albums.

Let’s remember 4 songs that may not be very well known, but have a very rock vibe:

The song is featured as a bonus song on Lovato’s first album, “Don’t Forget”, the lyrics send a message of positivity towards bullying.

The song is featured on her second studio album, “Here We Go Again”. The lyrics tell about a summer relationship that ended, but Demi ends up realizing that she deserves better.

Also featured on the singer’s first studio album “Don’t Forget”, the track is about pursuing a relationship with a mysterious but intriguing man, no matter where it goes or how it ends.

Present on the second studio album “Here We Go Again”, the song tells the story of a relationship that ends with an emphasis on self-respect.

Videogames entered his life in the late '80s, at the time of the first meeting with Super Mario Bros, and even today they make it a permanent part, after almost 30 years. Pros and defects: he manages to finish Super Mario Bros in less than 5 minutes but he has never finished Final Fight with a credit ... he's still trying.
Previous Montenegro, in Cettigne a man kills two children and shoots the crowd
Next Friends as before: the ex who buried the hatchet