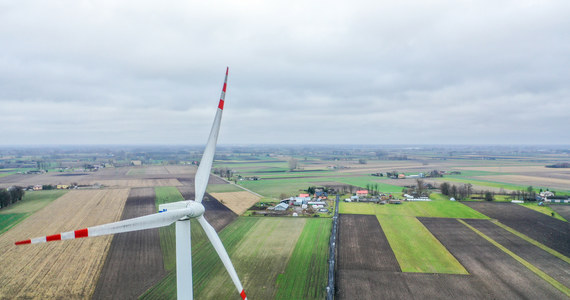 RES is cheaper than coal-fired power plants. When is the end of coal in Poland?

According to the IRENA report, renewable sources are already the cheapest way to obtain energy in the world. Last year, the global average cost of electricity (LCOE) for new ground-based wind farms fell by 13% compared to the previous year. The same indicator fell by 9% over this period. for offshore wind farms, and about 7 percent. for large solar farms.

According to IRENA, renewable energy sources – electricity from wind or sun – could even be replaced 800 gigawatts energy produced by burning coal. Moreover, converting energy produced from fossil fuels into clean sources would bring as much as a yearly $ 32 billion savings and reduced CO2 emissions by up to 3 gigatonnes.

– Today Renewable energy sources are the cheapest source of energy – says Francesco La Camera, president of IRENA. – RES give coal-related countries an economically attractive chance to withdraw from it, which ensures that they will be able to meet the growing demand for energy, while saving on costs, creating jobs, supporting development and climate ambitions. It is encouraging for me that more and more countries decide to supply their economies from renewable sources – adds La Camera.

In 2020, the share of wind farms and other renewable sources in all installed capacity in Poland was 20.69%. Over 60 percent however, they were still hard coal and lignite power plants. Meanwhile, as noted by Dr. Aleksandra Gawlikowska-Fyk from Forum Energii, after 2025, about 14 GW of power from coal-fired power plants may come out of the Polish system. This is due to the end of public support for such installations due to excessively high CO2 emissions.

GUS: In 2020, the share of RES in final energy consumption increased

There is still not enough renewable energy in Poland. Isn’t it time to plan your shift away from coal?
/Stanisław Bielski / Reporter /East News

Experts predict that the share of coal in the energy generated in Poland will soon start to decline. The culmination wave is to come after 2025 – then the capacity contracts will end it will not be possible to renew. Already, many coal-fired power plants do not meet technical and environmental standards, and their modernization is very costly or even unprofitable. Added to this are the limits and record high carbon prices. Experts estimate that they may soon reach a level 100 euro per ton.

However, these are only power plants. We should also remember that environmental damage – and potential financial losses – are also generated by coal mining, the best proof of which is the Polish-Czech conflict over the Turów mine. Nuclear energy could bring savings, but the first large nuclear power plant in Poland is only in the planning phase. Another hope for Poland may be gas, which – together with nuclear energy – is to be supported by the European Union for at least 10 years. Poland wants to use it as a transition fuel.

According to the “Energy Policy of Poland until 2040” in 2030 we are supposed to achieve at least 23 percent. participation of renewable energy sources in the production of electricity, but it is even allowed 56 percent carbon share. Therefore, as experts of the Polish Economic Institute estimate, in 2030 energy subsidies in Polish homes only for energy carriers may increase by as much as PLN 60.

In Poland, however, there is still no strong support for renewable energy sources. As assessed in its report by the Supreme Audit Office, the main barriers to the development of renewable energy include: limited possibilities of financing investments by entrepreneurs, legal support regulations, administrative and procedural difficulties, as well as problems with the operation of transmission networks. NIK also believes that there were no analyzes that would allow for a comprehensive identification of problems in the development of renewable energy sources.

Poland must redouble our effortsto be in line with the EU’s emission reduction plan by 55 percent. in 2030. We cannot wait until 2049 to abandon coal, said Izabela Zygmunt from the Polish Green Network in an interview with Interia.

Wiech: Poland could have avoided the conflict over the Turów mine
Polsat News

He likes dogs, pizza and popcorn. Already a fanboy of Nintendo and Sony, but today throws anything. He has collaborated on sites and magazines such as GameBlast, Nintendo World, Hero and Portal Pop, but today is dedicated exclusively to Spark Chronicles.
Previous The former scout chose the most disappointing transfer of a French club. He is a Pole
Next Dying Light 2 with PS4 and XOne gameplay demo. Techland today will show new gameplay and cooperation

And yet not all is lost yet? It is possible that existing G Suite users …