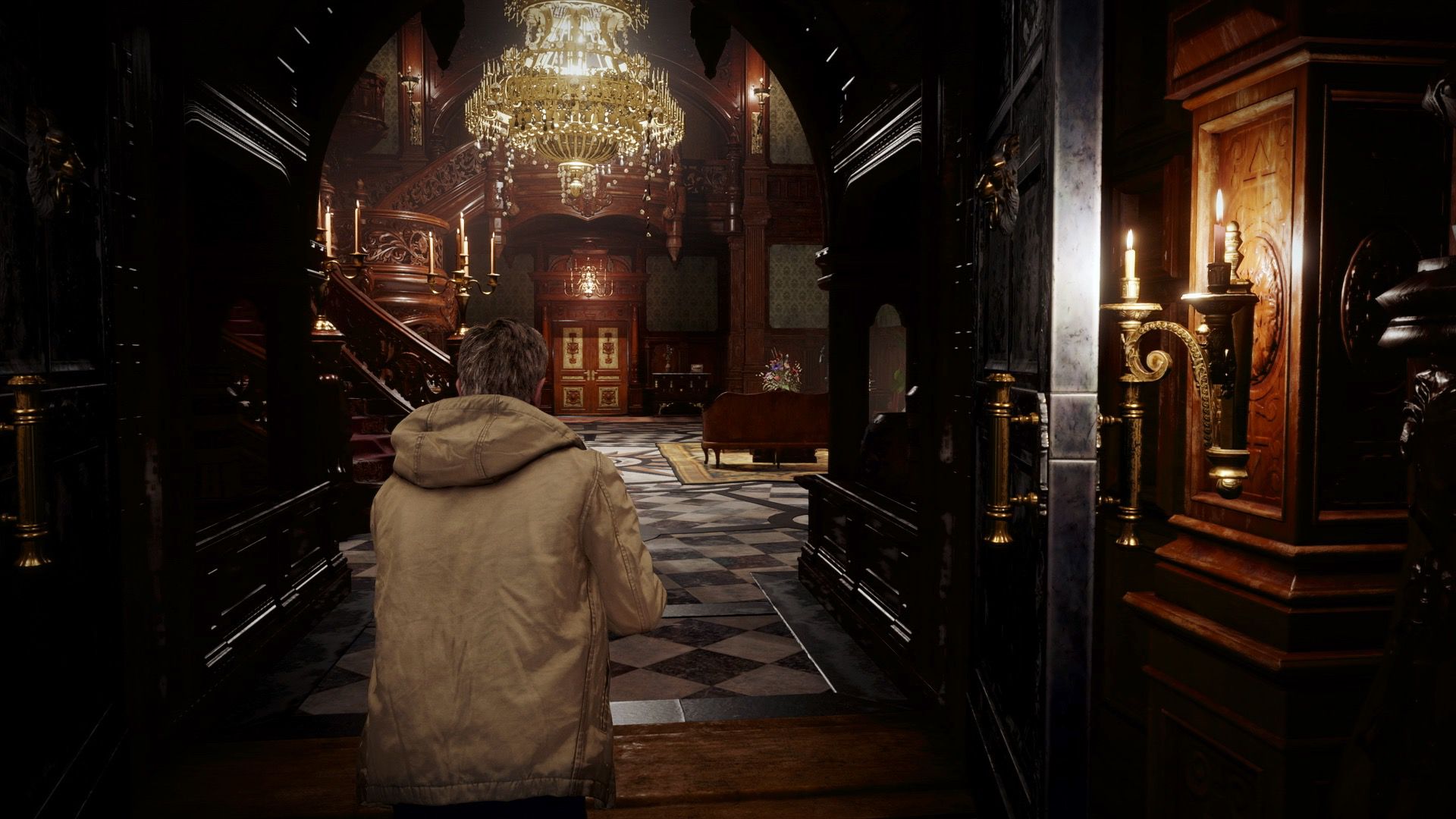 In addition to the final piece of the Winters saga, which we talked about in the Resident Evil Village review Le Shadows of Rose, the Gold Edition of Capcom’s multi-faced survival horror allows you to experience Ethan’s dark journey from a new perspective, with a third person viewand very effectively expands the play offer through Additional Missions, a brand new branch of the Mercenaries mode that will delight fans of the lords of the village led by Mother Miranda. We have thoroughly tested the new components of the package and we are therefore ready to tell you about it but not before having made a premise: thanks to these new possibilities, Resident Evil Village is now in a state of graceas and more than before.

Still shaken by the horrors they experienced in Louisiana, the Winters move to Europe in hopes of starting a new life, away from painful and dark memories, like the mold they had. broke the lives of the Bakers years ago. Ethan and Mia do everything to return to a semblance of normality, to guarantee a peaceful future for their little Rose but on an evening like any other a team led by Chris Redfield himself brutally slaughters the woman, and then snatch the daughter of an incredulous Ethan. 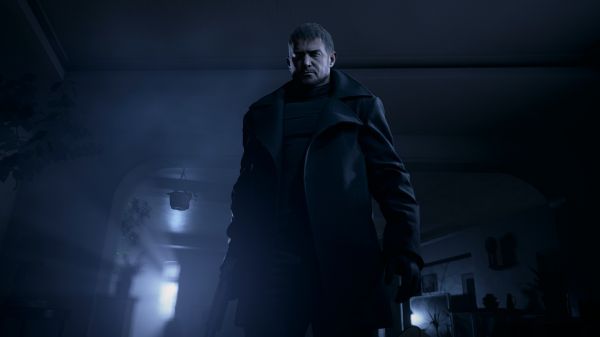 Thus began the events of Village, a title with which Capcom wanted to stage, mostly effectively, different types of horror, from the psychological dimension, to the tales of ruthless vampires and dismal castles. Net of a less than perfect balance between horror and action, the eighth main chapter expands the narrative universe in a convincing way, with interesting characters and some truly memorable settings, now completely explorable in the third person.

Can be activated at will during the adventure or at its beginning – but only from the main menu – the new view has been expertly integrated into what remains an experience designed for the subjective setting. The cutscenes in fact recover the original camera and some enigmas, at least on the perspective front, show more than others the fact of having been conceived for the first person.
Flying over some less fluid passages than usual from one type of view to another, the Japanese team has taken care of enough a series of specific moments, from Ethan who cautiously crawls through the passages so as not to be heard by the towering Alcina, to the use of the wire cutters and the man’s efforts to free his foot stuck in an old wooden plank. The animations of the shot, of the climbing over some surfaces, or of the fast pace, are more than dignified, and in general, playing the role of Ethan with this further visual solution is pleasant and above all genuinely “different”. While it doesn’t fail to deliver some thrills down the spine well known to those who have played it, Resident Evil Village is certainly not the scariest chapter in the series.

That said, those who badly stand the tension but have always had the intention of recovering it, could find a real ally in the third-person view: not to experience Dimitrescu’s assaults from the eyes of the protagonist, for one thing, makes escape phases more “manageable” – reducing the anxiety factor – and the same goes for the exploration of the gloomy and claustrophobic corridors of the Beneviento house. Both by virtue of all the elements that the shot is able to graspboth for the vast arsenal available to the unfortunate Winters, even the heated clashes embrace each other with a slightly lighter heart but, in the case of veterans, it could take a small amount of time to get used to the different management of what remains a precise and responsive shooting system.

Even without ever completely revealing the face of Rose’s father, who at a certain point in the rotation begins to turn in agreement with the camera so as not to show us his features, Resident Evil Village is a feast for the eyes, even in the third person. From the luxurious interiors of the Dimitrescu castle, with its rooms embellished with golden inlays, to the humble abodes of the villagers, dominated by chaos and dirt, the glance offered by the RE Engine is still of great impact today. Among other things, the new visual removes the attention from the single textures, the element that most highlighted the cross-gen nature of the product in its debut, ending instead by giving prominence to the image as a whole and consequently also to the excellent global illumination. Finally, the few fluctuations in the frame rate with active Ray Tracing do not significantly affect the enjoyment of the adventure, which in the face of some less interesting passage than the average continues to be an unmissable event for Resident Evil fans.

Absolutely successful in structure but perhaps a little poor in content, the Mercenaries mode of Resident Evil Village did not hide its nature as a secondary component of the experience. Well, Additional Missions comes in the Gold Edition for embellish the playful recipestarting with the new fighters that can be used or rather, unlockable. In fact, at the beginning of our test we were able to take on the role of the only ones Ethan Winters And Chris Redfieldthat’s why we put a lot of effort into getting both Karl Heisenberg that Lady Dimitrescu, the lady of the homonymous castle. Since we don’t want to spoil the surprises, know that the two lords of the village are just some of the prizes reserved for the most patient players, those who will put in the effort to unlock the six basic levels – also flanked by as many “difficult” stages – and improve the evaluations in letters obtainable at the end of the various death courses.

From Village to Castle, up to Infernal River, the challenges are made up of several areas – often of increasing difficulty – but luckily there is help: at the end of each single zone you return to the Duke to upgrade the weapons or special equipment, which changes depending on the character used, or to acquire useful tools of death and healing items through hard-earned money on the battlefield. Among abominations of all sorts, bosses that “shouldn’t be there” and targets to be eliminated in a short period of time, under penalty of the impossibility of taking down all the enemies of the level and therefore obtaining the relative bonus in points, managing in the best possible way the deadly talents of the protagonists it is vital to bring home the result. In addition to the luminous orbs to replenish the time limit, the player is called upon to break the purple spheres to obtain new abilities, which will remain with his alter ego for the duration of the multi-stage challenge. From the upgrades to the attack with specific weapons and the speed of movement, up to the malus to the enemies and specific skills dedicated to the character used, the various talents are cumulative and end up adding the finishing touches to an offensive structure almost entirely player definable.

On the other hand, the amount of Lei to spend at the shop is limited and the individual upgrades have a not low price: to give an example, giving total priority to the improvement of Chris Redfield’s melee will mean accepting the use of firearms more weak or unable to easily access the marker for satellite attack. In essence, the user must rely on their offensive approach to understand how to make the most of their pet. We therefore come to spend a few words on the fulcrum of Additional Missions, certainly linked to the new selectable fighters. Flying over Ethan Winters, who foresees being able to buy numerous firearms to overwhelm enemies, let’s focus on the other protagonists instead. At the heart of Chris’s combat system we find … his punches, to be used to take down even the toughest enemies in total fluency. Then there is a state of Fury managed by a relative indicator, which when activated amplifies the power and speed of movement of the anti-bio-terrorism agent, allowing it to reach its destinations more easily so as to keep the slaughter alive and the combo indicator. Lady Dimitrescu, who like Heisenberg will speak during the fight to give vent to his madnesshe pays for his great power with an accentuated slowness of the movements but on the other hand it could be the character more fun to use among those present.

The other piece of the package …Designed to celebrate 25 years of the series and to flesh out the content offerings of the eighth chapter on day one, the competitive multiplayer Resident Evil Re: Verse (here our last test of Resident Evil Re: Verse) missed the initial window launch, probably to go through a necessary refinement process that allowed it to reappear to the public during the last Resident Evil Showcase. With six survivors, five creatures, two maps and the first 30 levels of the Battle Pass, Re: Verse will debut on October 28 and will expand with new content in the future. Basically, we will sum up this product in a dedicated article and after having tried it enough, because it may turn out to be a little more interesting than initially estimated.

The state of Ecstasy, also reachable through her trusty lipstick, will allow her to throw heavy mirrors or to call his fearsome daughters to bring death and destruction to the battlefield. While his “step-by-step” sister attacks with his claws, Karl Heisenberg he wields his war hammer to wipe out those who dare to parry in front of him, so as to charge him with energy that can be released with a powerful hit in the area. Strongly based on his powers – which we prefer not to discuss further – his combat system is perhaps the most difficult to master but not for this it has proved ineffective. In conclusion, we were absolutely satisfied with the offer in Additional Missions, which could push fans to spend more time in the fascinating and fearsome world by Resident Evil Village.

He likes dogs, pizza and popcorn. Already a fanboy of Nintendo and Sony, but today throws anything. He has collaborated on sites and magazines such as GameBlast, Nintendo World, Hero and Portal Pop, but today is dedicated exclusively to Spark Chronicles.
Previous Kristen Stewart on her first paparazzi experience: “I was smoking weed with my ex”
Next the humiliation to Meret, the obscene phrase of Mourinho, the torture of Osimhen and Karsdorp in delirium under the Curva