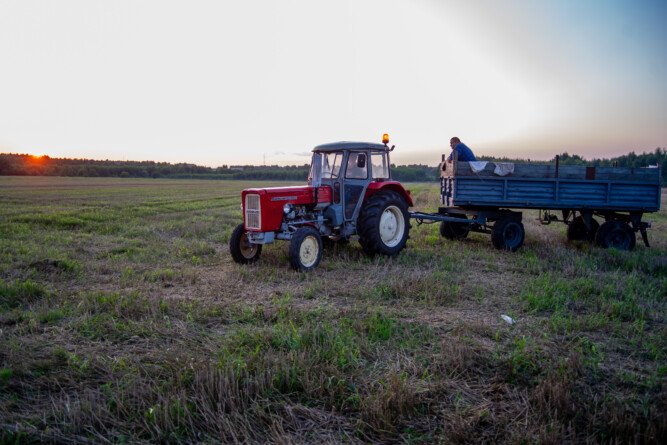 Retirement and disability pensions from KRUS. How much money are farmers getting? Check!

The Central Statistical Office published data on agricultural pensions collected in 2020. From the above information, we find out what the amounts of benefits are, and who receives the highest amounts of pensions from KRUS.

The study published by the Central Statistical Office “Pensions and disability pensions in 2020” shows that KRUS pensions were allocated a total amount of PLN 14,175.9 million. The above amount is therefore higher by 2.4% compared to 2019. The highest amounts of pensions were paid in the province. Silesian (PLN 1,581.93), and in eight voivodships the retirement pension did not exceed the national average. The lowest benefit was recorded in the province. Mazowieckie (PLN 1,349.87).

The average monthly pension from KRUS was equal PLN 1,383.58which means that it increased by 6 percent. compared to 2019

Pension from KRUS – how much is it?

The CSO provided not only the amounts applicable to the KRUS pension, but also the disability pensions.

For this benefit from KRUS, most funds were allocated in the province. Lublin – PLN 367.9 million (+ 4.7%). However, the least in the province. Opolskie – PLN 36.0 million (+ 2.3%). According to the Central Statistical Office, the average monthly disability pension from KRUS amounted to PLN 1256.67, which indicates an increase of 8.2 percent. compared to the previous year.

Old-age and disability pensions from KRUS vs. ZUS

Finally, it is worth adding for comparison that the average monthly retirement pension from ZUS in 2020 was PLN 2,474.54. Compared to the previous year, it increased by 5.2 percent. It follows that agricultural pensions from KRUS are over PLN 1,000 lower than pensions from ZUS.

The variety offered by video games never ceases to amaze him. He loves OutRun's drifting as well as the contemplative walks of Dear Esther. Immersing himself in other worlds is an incomparable feeling for him: he understood it by playing for the first time in Shenmue.
Previous Duda proposes to the head of NATO to increase the alliance’s forces on the eastern flank
Next Marcin Mieniel criticized the football player of Legia Warszawa. “If I were the coach, I would give him a yellow card for it”