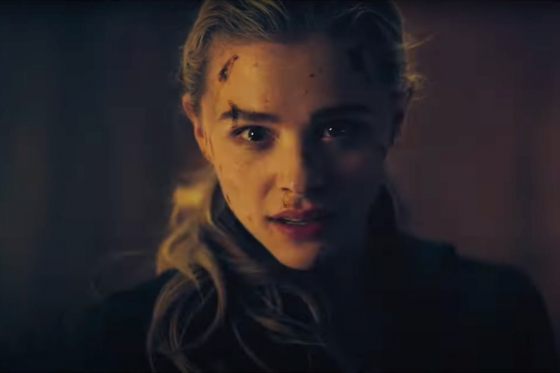 Reverse – The Peripheral, the series from the creators of Westworld

The first formidable trailer of the series has been released with Chloe Grace Moretz telling the story of a girl who finds herself in futuristic London, an elegant and mysterious world, seductively different from her difficult existence

It’s on its way Reverse – The Peripheralthe series based on the 2014 William Gibson novel of the same name, created by Scott Smith and produced by Smith himself with Jonathan Nolan and Lisa Joy, the two showrunners of Westworld, Athena Wickham, Steve Hoban, director Vincenzo Natali and Greg Plageman. The story centers on Flynne Fisher, a woman trying to keep the pieces of her broken family together, in a forgotten corner of tomorrow’s America. Flynne is smart, ambitious and doomed to failure. She has no future. Until the future comes calling. Flynne Fisher lives in the rural South of America, working at the local 3D printing shop, while she earns extra money playing VR games for rich people. One night she dons a headset and finds herself in futuristic London, an elegant and mysterious world, seductively different from her difficult existence. But this is like no other game she’s ever played before: she Flynne begins to realize that it’s not virtual reality, but it’s real. Someone in London, seventy years in the future, has found a way to open a door to Flynne’s world. And as glamorous as London is, it’s also dangerous. As she tries to discover who connected their worlds and for what purpose, her presence sets in motion dangerous forces bent on destroying her and her family in her world.

The protagonist of the series is Chloe Grace Moretz as Flynne Fisher and with her are Gary Carr as Wilf, Jack Reynor as Burton Fisher, Eli Goree as Conner, Charlotte Riley as Aelita, JJ Feild as Lev, Adelind Horan as by Billy Ann Baker, T’Nia Miller as Cherise, Alex Hernandez as Tommy Constantine, Austin Rising as Leon and Amber Rose Revah as Grace. Reverse – The Peripheral consists of 8 episodes and arrives exclusively streaming on Amazon Prime Video on October 21, 2022.

David Martin is the lead editor for Spark Chronicles. David has been working as a freelance journalist.
Previous The Three Musketeers: D’Artagnan, the film with Eva Green
Next from Zendaya the loveliest birthday wishes